A young Bath Rugby side produced an improved second-half performance but fell short against an experienced Harlequins.

Ethan Staddon joined the starting 15 to make his starting debut, with Josh Bayliss moving up into the second row. Ben Spencer took over the captaincy of the Blue, Black and White for the first time.

Bath got off to a good start with Bayliss winning a penalty in-front of the posts and Rhys Priestland slotting the penalty.

The next ten minutes was played in-between the 10 metre lines but indiscipline allowed Quins to extend their lead to 16-3, through two penalties from Smith and his replacement James Lang.

On the half an hour mark Danny Care increased the tempo and set-up Aaron Morris for a second Quins try.

Miles Reid left the field a few minutes later with a cut to the head, providing 18-year-old Ewan Richards to make his senior debut.

There were no more scores, leaving the half-time score 21-3 to Quins.

Straight from the restart Bath looked dangerous. A break from Semesa Rokoduguni resulted in a penalty which Priestland nudged into the corner. After the resulting line-out, Tom Dunn peeled off the ruck and powered over. Priestland added the conversion to reduce the deficit to 11 points.

Quins then enjoyed a period of pressure, but Bath's defence held firm. However, the TMO judged Rokoduguni deliberately knocked the ball on in the tackle and the winger was sent to the sin bin.

From the resulting line-out, Danny Care took advantage of their numerical advantage and sneaked over. Josh Matavesi was then also sent to the sin bin for a dangerous tackle to reduce Bath to 13. James Lang added the conversion to stretch Quins lead to 28-10 with just under half an hour left on the clock.

Will Muir and Tian Schoeman were then awarded their debuts which lead to a period of pressure for the Blue, Black and White.

On 76 minutes, a slick move, orchestrated by Will Chudley, created space out wide for Tom de Glanville to score.

With Muir looking dangerous at every opportunity, Bath created space and de Glanville was denied a second try with the line in his sights.

Bath were inches away from a losing bonus point but can be encouraged by a positive second half from a young side and some exciting debuts.

PERFORMANCE OF THE MATCH

For the second week in a row the homegrown back-rower moved up into the second-row and put in an all action performance. 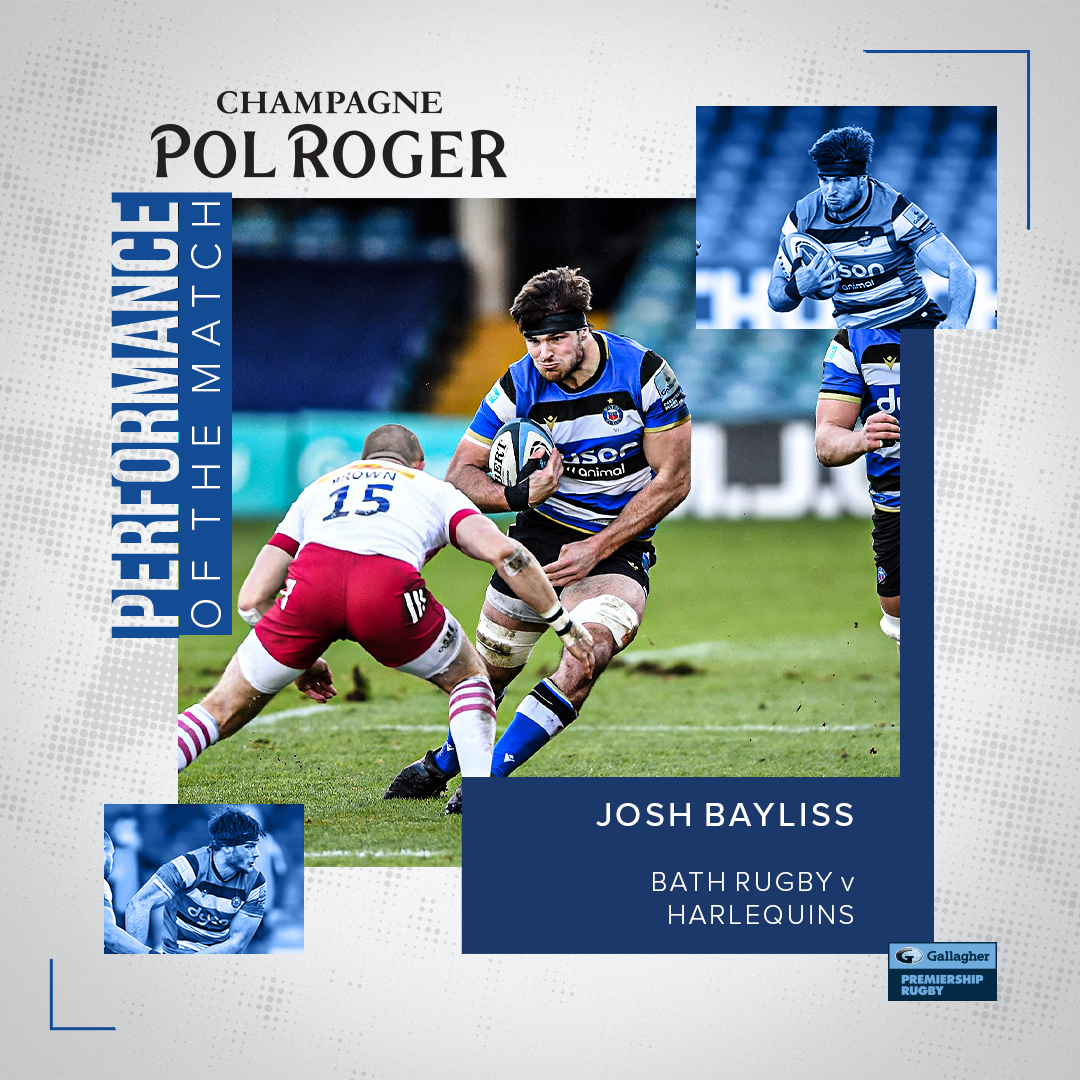 Match underway between Bath and Quins.

Marcus Smith with a conversion for Quins.

James Lang with a conversion for Quins.