Charlie Ewels provided an honest assessment of Bath Rugby’s performance in the 20-13 loss to Newcastle Falcons in Round 2 of the Gallagher Premiership.

There were similarities between the Blue, Black and White’s opening two matches in terms of the running order of the scoreboard but the second row had a different feeling on the club’s return to the Rec.

“We just invited them into our 22 to score as many points as they can and then we leave ourselves with an opportunity in the last 20 minutes to try and catch up in the game and score points.

“From that way the games did flow pretty similarly, but for me, the moments away from the ball, off the ball and our energy in the first half there weren’t many similarities. The feeling I had at the end of Sale was we’d been poorly disciplined in the first 20 minutes, but our energy was always there. (Against Newcastle) it was disappointing that the first time back in front of our fans after 575 days the energy was not where we expected or needed it to be.

“I don’t think for one second anyone in this squad doesn’t want to play for Bath, doesn’t think it’s special to run out at the Rec. It’s never a lack of care.

"It’s a problem we want to fix pretty quickly because we can’t keep starting games like that and inviting teams in for 20 minutes and hoping that we don’t run out of time, and we can play catch up later on.” 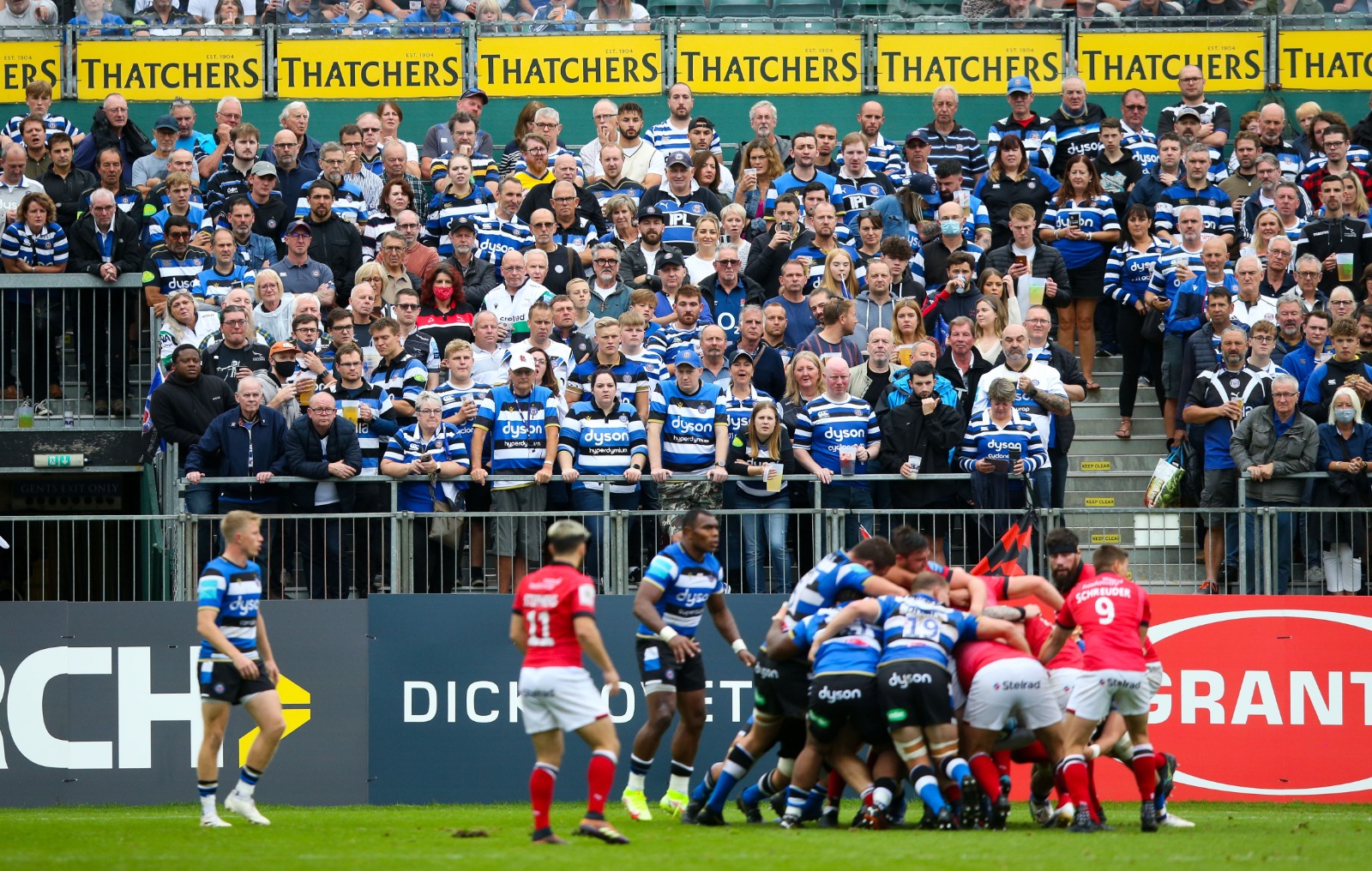 The overriding positive was having a full crowd back at the Rec who were in great noise ahead of kick-off and spurred the team on, particularly in the second half as a Max Ojomoh try and Orlando Bailey’s late penalty helped secure a losing bonus point.

There was an evident buzz around the city which has been missing whilst Bath has had to play in front of an empty stadium and Ewels feels extremely appreciative of the Blue, Black and White faithful’s support, knowing his side need to step up in energy moving forward.

“It is special (to have the fans back). That’s probably why I’m a little more emotional about the performance and result because sport’s cruel; you want it to be special, you want to put on a show, you want to do all of those things but you get what you deserve in this game. We didn’t play well, we weren’t disciplined and we didn’t put on the show that we wanted to.

“I could feel myself as we were running out getting a little bit emotional because we’ve missed that.

"We are so lucky to do what we do; we’re so lucky to have such brilliant fans and people who come down and want to cheer us on and support us. We run out by the names of people who didn’t need to but chose to keep their season tickets in a year where they couldn’t come and watch games.

"There are so reminders around this place of how much people care and that’s probably way this stings that little bit more.”