Bath Rugby take on Wasps in their second Gallagher Premiership away match in a row. 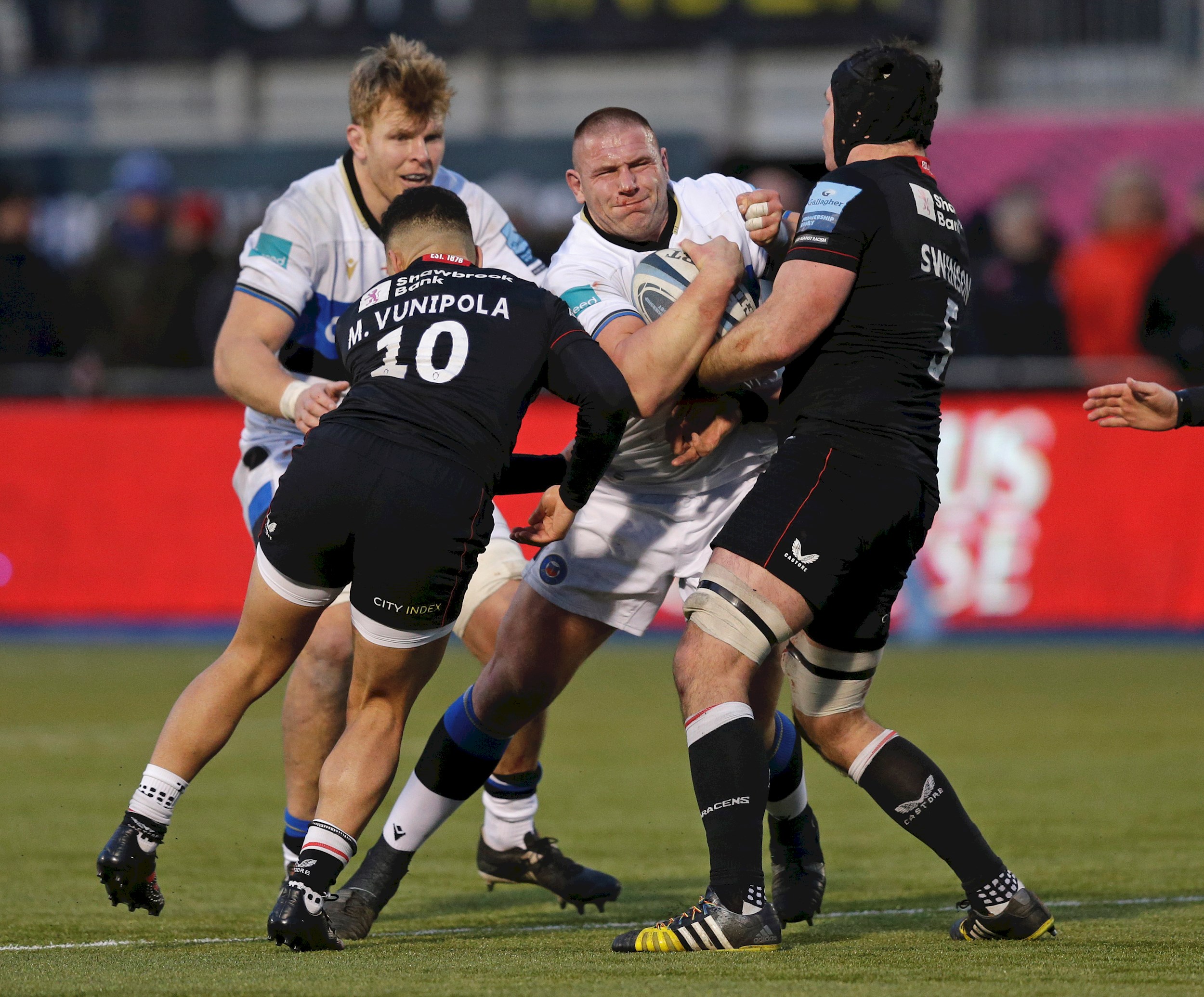 For 37 minutes at StoneX Stadium, Bath Rugby were very much in the contest and caused arguably the best defence in the league a host of problems before injuries and experience allowed Saracens to move away on the scoreboard.

The Blue, Black and Whites couldn’t quite turn that pressure into clinical precision which will be a work on ahead of the trip to a Wasps side who have scored as many points as they have conceded (354).

"It was tough," Head Coach Neal Hatley said of the result at Sarries.

"At 6-3 just before half-time we've given away two poor penalties and we've ended up going in at 18-3, which changes the complexion of the second half.

"We don't want to be over-reactive on the last three minutes (of the first half), so we talked at half-time about being more clinical in the 22 and those penalties in the middle of the pitch, like you saw at the end of the half.

"The boys are disappointed in the changing room and we have a lot to work on for next week."

A number of players are working hard to be available for Hatley’s side after a long time out on the sidelines and if not this week, some returning faces are set to appear over the next few weeks. 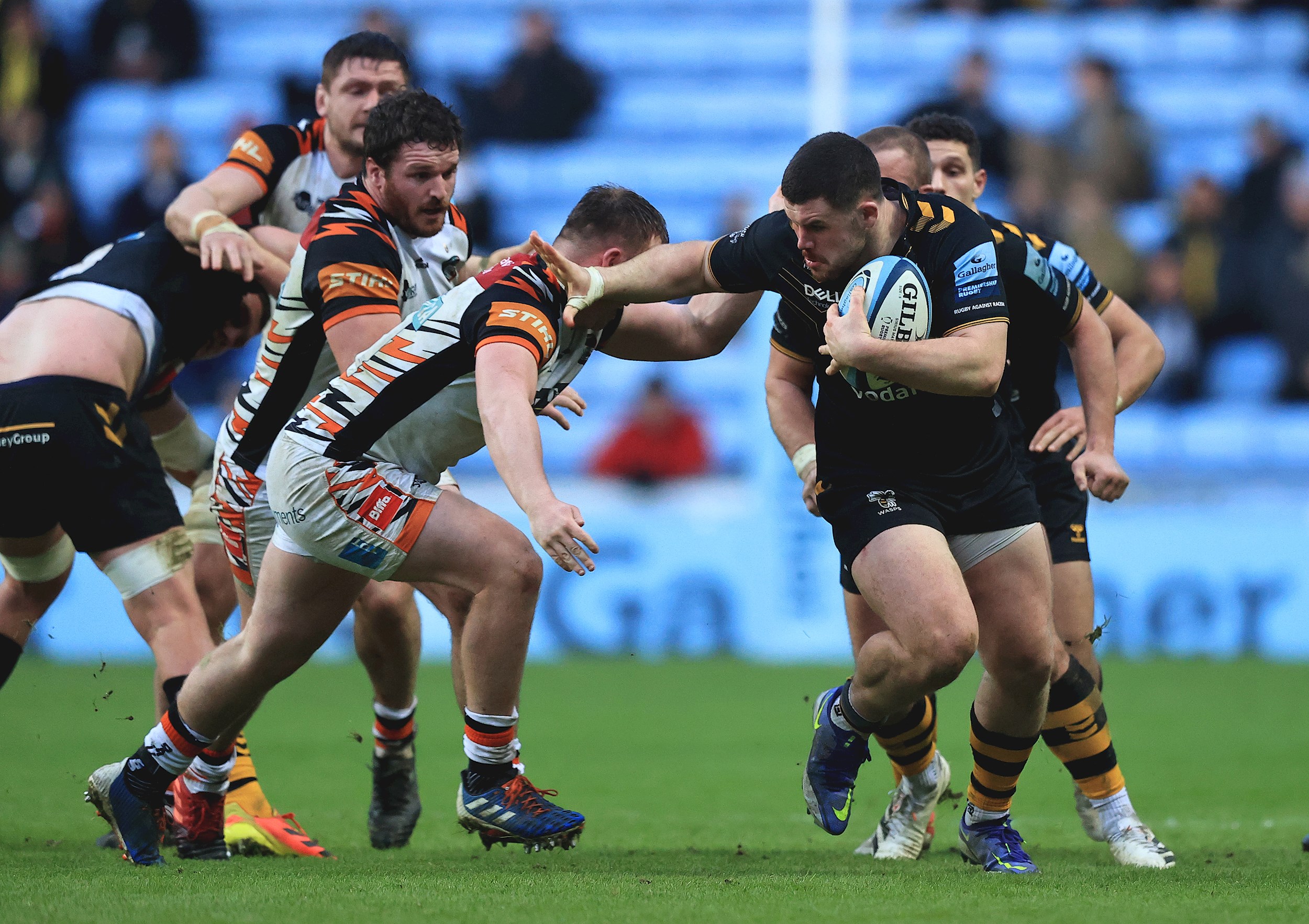 Wasps have had their own injury problems this season and have just lost Joe Launchbury to international duty.

Malakai Fekitoa has a rib injury which is being assessed while Brad Shield is nursing a stinger from their win over Exeter Chiefs last weekend.

Having made his comeback appearance against Toulouse after 14 months out of action, Ryan Mills was ruled out with Covid but returned to training ahead of the Exeter game. Ali Crossdale is also another who could return to the squad.

Lee Blackett’s side have won four out of their last five matches in all competitions, including wins over Saracens and European champions Toulouse.

One to watch - Alfie Barbeary

Called up to the England squad ahead of the Six Nations, Alfie Barbeary was released back to Wasps before their match with Exeter and firmly asked to be involved.

It proved a wise choice for the Coventry-based outfit as he made 69 metres, more than four times more than any Wasps forward, and played an integral role in Wasps overturning an 11-point deficit to win 27-26 with the last play of the game.

A Number 8 who can play at hooker, Barbeary scored his third try of the season to take his tally to eight in the Premiership in just 17 matches. He may not have featured against Scotland, but he will almost certainly be capped in the next couple of years.

“I haven’t played 80 minutes in ages so it was nice to get that after my injury, but it would have been better if we’d won. We didn’t give up against Saracens and we have to take that belief going into a tough game v Wasps.”

“I love the fight in this group. We were far from perfect against Exeter but we found a way to win which is a great quality for a team to have.” 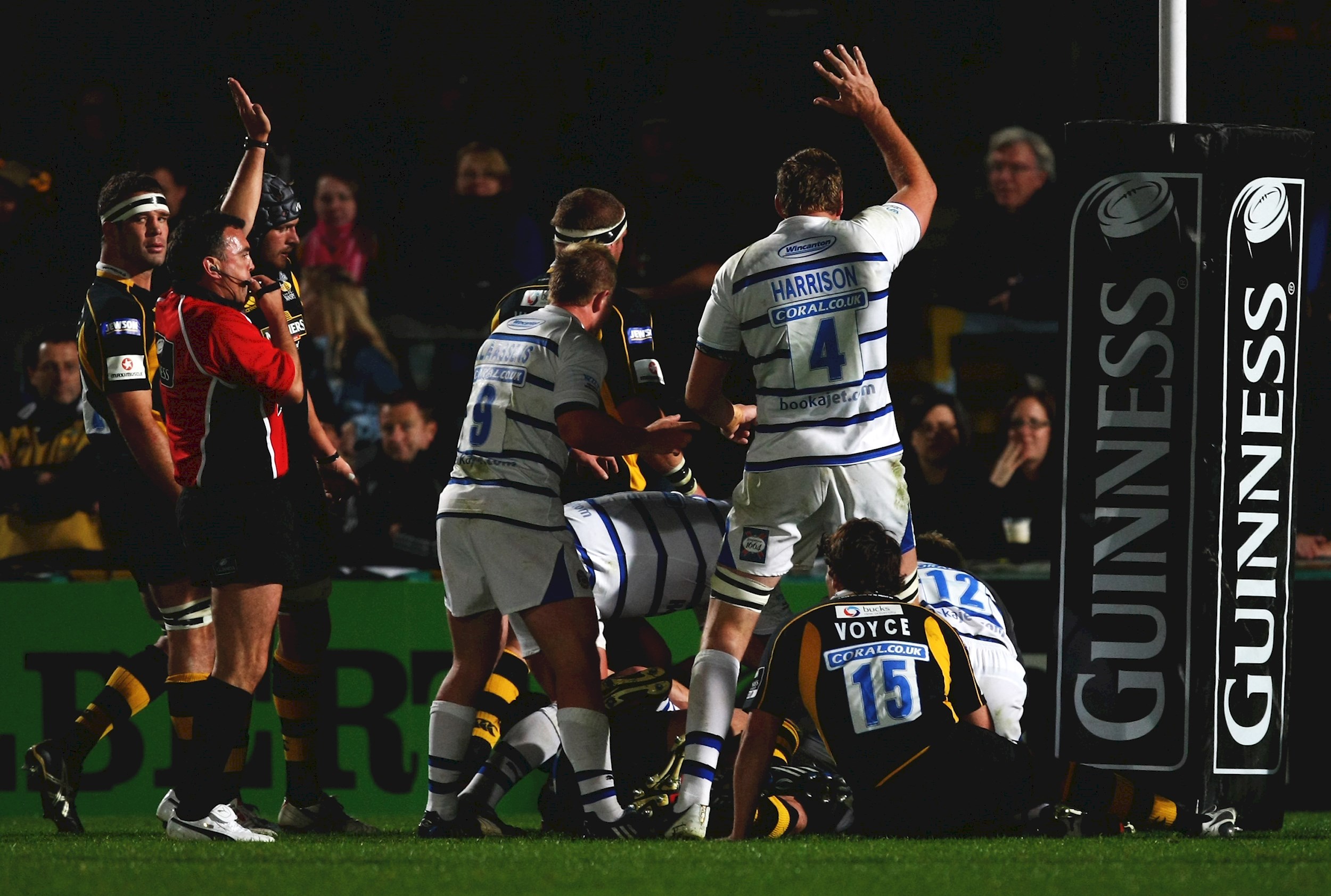 Bath recorded a 27-23 away victory to condemn Wasps to their fourth defeat in five Premiership matches.

The Blue, Black and Whites took an early 12-0 lead through Michael Claassens and Matt Stevens.

Danny Cipriani, who played 51 minutes on his return from injury, landed three penalties and converted a Riki Flutey try to give Wasps a 16-12 lead.

Bath hit back through Pieter Dixon's try and a Butch James penalty, and although Tom Rees put Wasps back in front, Joe Maddock went over to send Bath top.

Fans can support the Blue, Black and White at the CBS Arena by purchasing tickets via Wasps.