Bath Rugby begin the festive period with a trip to Northampton Saints in Round 10 of the Gallagher Premiership. Bath Rugby were much improved defensively against Exeter Chiefs and caused the Devon outfit a lot of headaches throughout the 80 minutes.

The performance was a step in the right direction for the Blue, Black and Whites who will be looking to produce more of the same effort and application this weekend in order to secure the first win of the campaign.

Stuart Hooper’s side head to Northampton Saints for a 15:00 Saturday afternoon kick-off at a venue in Franklin’s Gardens where they have tasted success on their previous two visits.

Fourteen of the current squad experienced the fantastic fightback against Saints last time out with Tom de Glanville and Ruaridh McConnochie both on the scoresheet in the lockdown encounter.

Semesa Rokoduguni has three career scores for Bath in wins over Northampton with a further seven having crossed the whitewash once in the fixture.

Hoping to make it three wins in a row on the road at Saints, Bath last faced Chris Boyd’s team on the final day of the 2020/21 season with Josh Bayliss’ last-gasp stunner earning the Blue, Black and Whites a place in the Heineken Champions Cup. 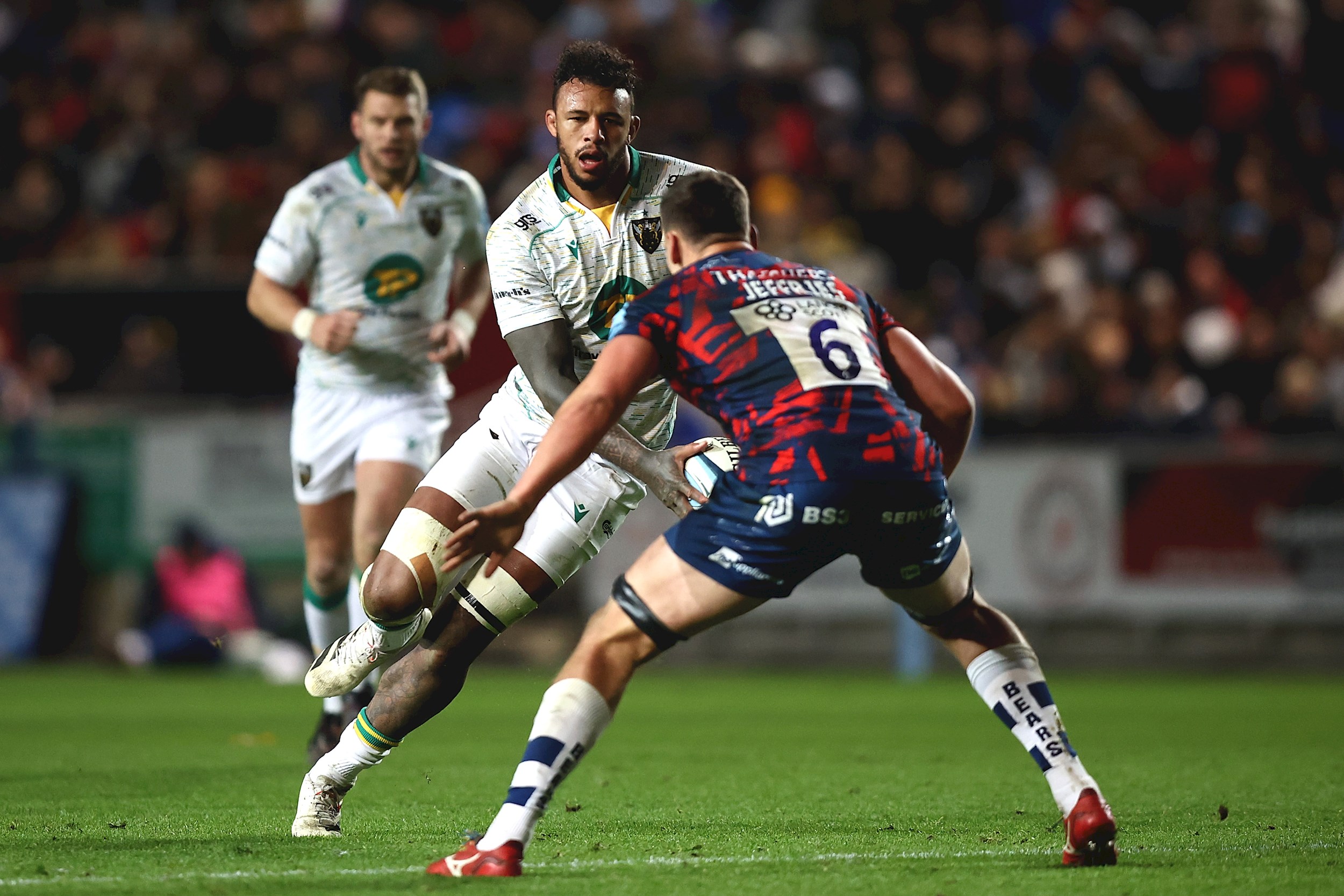 Northampton have had a mixed run of results in November, winning two and losing two of their four encounters.

Fielding young XVs in Premiership Rugby Cup losses after two heavy defeats in a row, Saints bounced back in style last weekend by defeating Bristol Bears convincingly, with a bonus point, on the road.

Their home result against Leicester Tigers (55-26 defeat) is a bit of anomaly as Chris Boyd’s side have won their other three Premiership games at Franklin’s Gardens this term.

In total, Saints have scored 29 tries – five of which have been scored by wing Courtnall Skosan – with Dan Biggar (53) and James Grayson (39) leading the points charts.

ONE TO WATCH – COURTNEY LAWES

Lawes was one of England’s standout players in the autumn, captaining his country in two out of three games.

The British & Irish Lion lock has featured at blindside flanker a fair amount over the past few years, with his physical, destructive play proving a highlight of his game.

He returned from international duty to help Saints to victory against Bristol Bears. His performances earned rave reviews from forwards coach Phil Dowson – the former Northampton back row said: “He’s unbelievable. He's brilliant, he was one of the best, if not the best player, on the Lions tour. He was fantastic in the England camp. Is there anything he can’t do?”

“It was so special for me and my family to make my Scotland debut. It’s definitely whetted my appetite and all I want to do is keep grafting with Bath to earn another opportunity.”

“I enjoyed being around the leaders in the England group like Owen Farrell and obviously Courtney Lawes as well. I really enjoyed my time there, but it’s good to be back and to get off to a flying start (at Bristol Bears). It’s a big block ahead, we’re all firing, we know what we can do and hopefully we can put it on the pitch.” 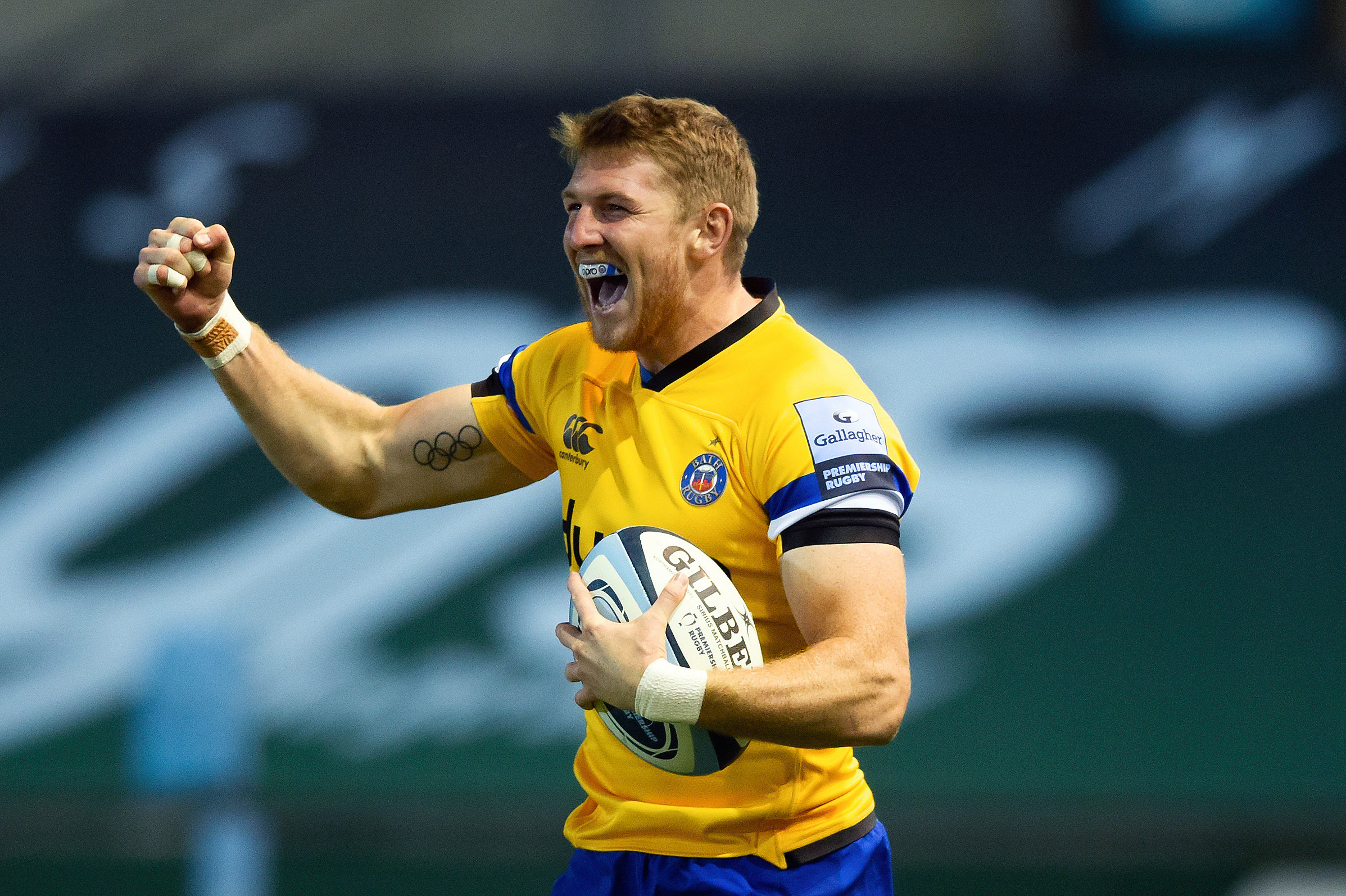 Bath scored two second-half tries at Franklin's Gardens as they beat Northampton for their third straight win since the season restarted, sending them fourth in the Premiership.

It was a grim first half with just a penalty each for either side, Wales stand-off Dan Biggar cancelling out Bath's opener from Josh Matavesi.

But Bath full-back Tom de Glanville got over in the left corner on 57 minutes.

Ruaridh McConnochie scored a second for the visitors 10 minutes later.

Support the boys in Blue, Black and White at Franklin’s Gardens! Tickets are available through Northampton.

BUY YOUR TICKETS FOR THE TRIP TO SAINTS!