Bath Rugby begin the New Year on the road at London Irish in Round 12 of the Gallagher Premiership. 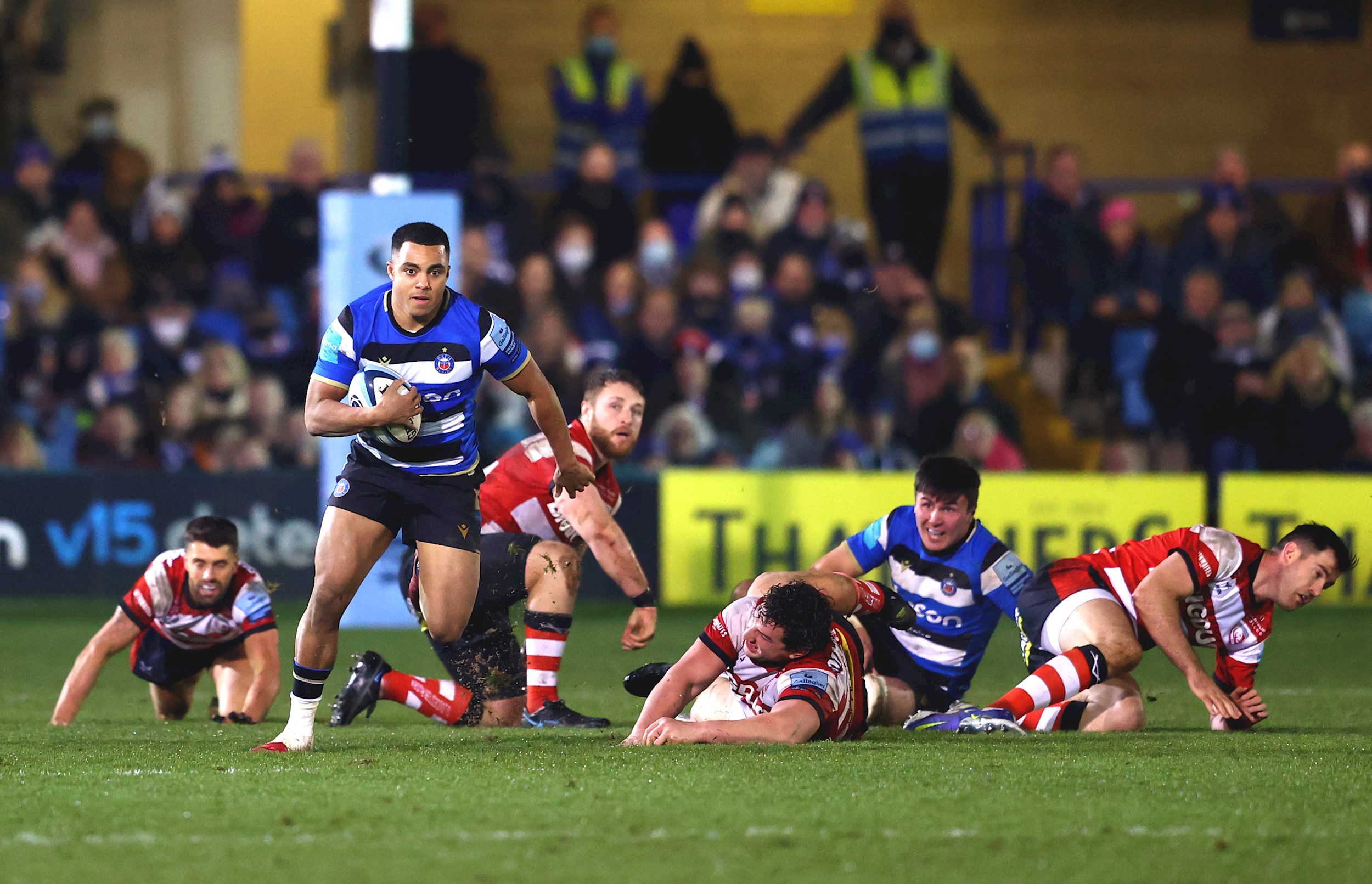 With Bath Rugby’s midweek Premiership Rugby Cup against Exeter Chiefs cancelled due to Covid and injuries, attention turns to 2022.

The Blue, Black and Whites head to London Irish to kick-start the new calendar year, a venue they debuted at back in April 2021.

Max Ojomoh earned his first Gallagher Premiership outing that day and has excelled in the first team ever since, making the 12 shirt his own.

In the past 10 meetings between the two sides, Bath have won nine matches including four away from the Rec.

Ben Spencer has scored 24 points in the fixture while Semesa Rokoduguni and Jonathan Joseph both have three tries to their name. Josh McNally, Will Stuart and Tom Dunn are just behind with two each.

London Irish suffered their first defeat in seven matches in a tight game on Boxing Day against Wasps.

In their 11 matches this season, they have drawn as many as they have won (three) – a remarkable statistic!

They are the second highest scorers in the league, only behind Saracens, with Agustin Creevy top of the shop with nine tries while Paddy Jackson is fourth on the most points list with 79.

Since moving into the Brentford Community Stadium, the Exiles have won six home Premiership matches.

ONE TO WATCH – OLLIE HASSELL-COLLINS

Hassell-Collins was called up by England in the summer and his form this season should see him invited back by Eddie Jones in the coming years.

The 22-year-old has scored six tries from the wing this term and has made the most clean breaks in the league (13).

He has gained 992 metres, second behind Harlequins’ Tyrone Green, and has beatend the second most defenders (40)

"I think it is a bit of a confidence thing, but we’ve got to be bette at this level otherwise teams are going to put us to the sword. We’ve got to get better at the very simple things across the board and that’s defence, attack and set-piece.”

"People will talk about a first loss in seven, but it’s one loss in one as far as I am concerned. These games (v Wasps, 38-30 loss) are always on tight margins - we’ve won games like that before, we’ve lost games like it too. We need to get better at not losing them.”

Matt Banahan ended his 12-year Bath career with a hat-trick to help the Blue, Black and Whites hammer London Irish.

Banahan then completed his treble by touching down either side of Wilson's second score. Will Vaughan grabbed Bath's ninth try before Irish rallied late in defeat.

Two tries from then Irishman Josh McNally and another from Ben Loader were mere consolations in a defeat that brought a miserable campaign for Irish to an end, with the Berkshire-based club finishing 14 points adrift of second-bottom Worcester.

Support the Blue, Black and Whites in London. Get your tickets through London Irish!

GET YOUR TICKETS NOW