Bath Rugby return to the Rec for what should be an entertaining match against top-four chasing Sale Sharks in the Gallagher Premiership. 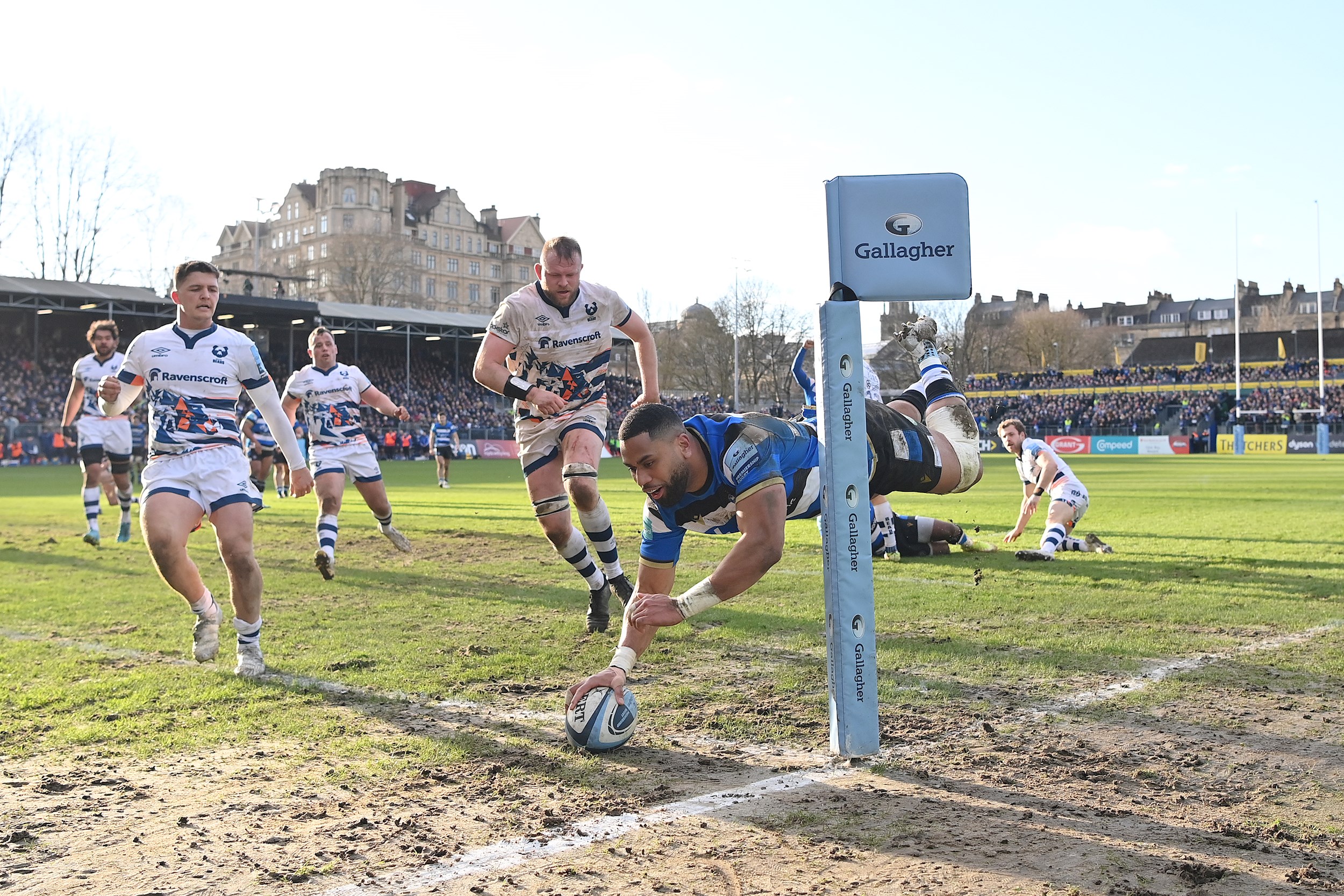 Three weeks ago will live long in the memory of Bath Rugby supporters. The finish in the West Country derby against Bristol Bears was phenomenal.

Yes, the visitors’ discipline saw them reduced to 14, and sometimes 13, men but the Blue, Black and White were determined in their approach to come back from 21 points down to record victory.

The roar from the Rec was outstanding and we are certain an equally enthusiastic crowd will be in attendance for the visit of Sale Sharks on Saturday, and of course for the Bath Rugby Ladies’ match that will follow.

Bath have won four out of their last eight matches against Sale Sharks (D1, L3).

Other than the September 2020 meeting which saw the Blue, Black and White run out comprehensive 37-22 winners, each of those games has been decided by one score or, in the case of the December 2018 meeting, drawn. 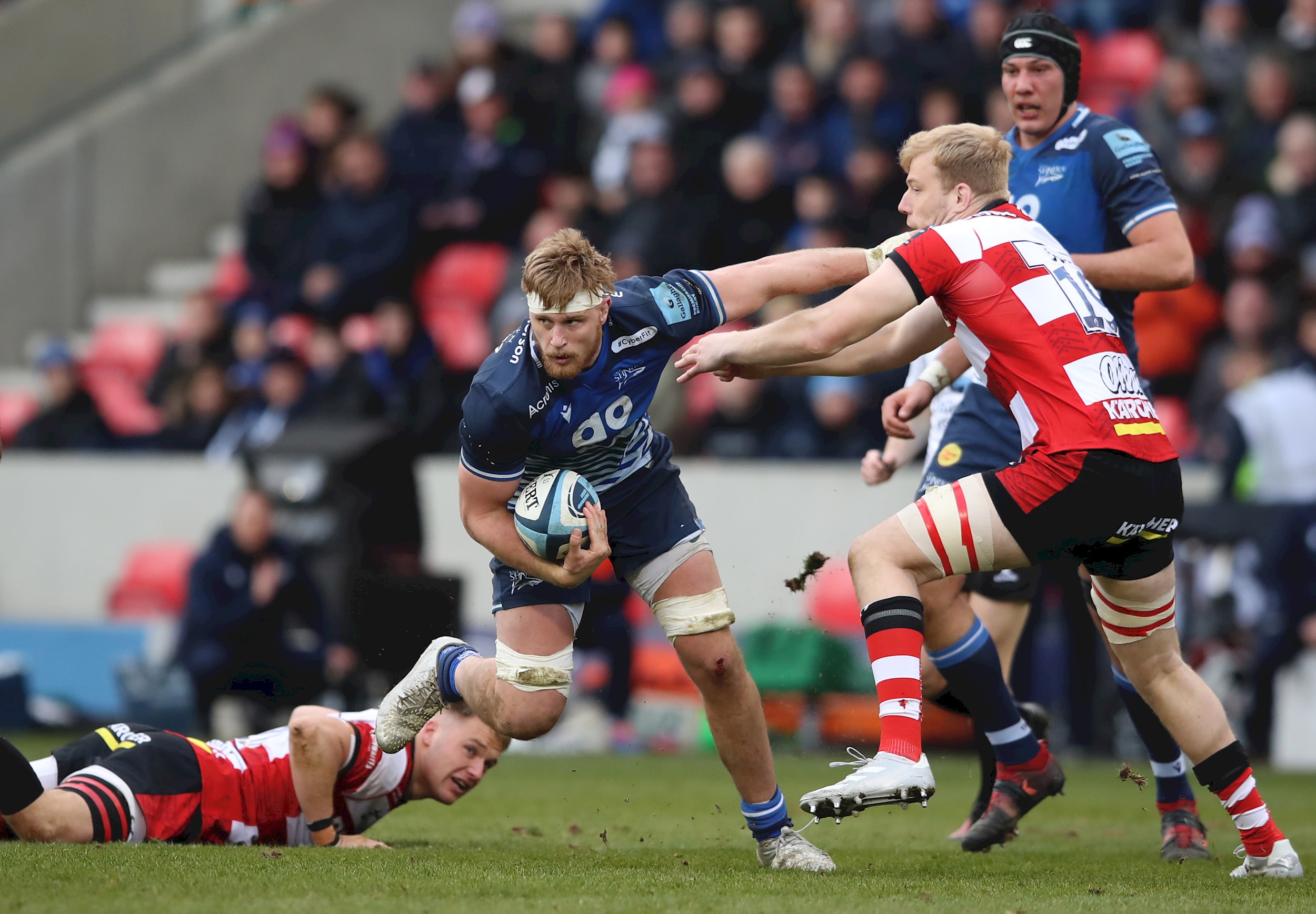 Sale Sharks have won two of their last three matches away from home in the Premiership, after going winless in their previous eight (D1 L7); their last two away games have both been decided by margins of seven points or fewer.

Full-back Luke James completed five offloads in their last Premiership fixture, the highest number of any player last time out and the joint-third most a player has managed in a Premiership game this term.

No player has made more dominant tackles in this season’s Premiership than Jono Ross (17), while teammate Jean-Luc du Preez is also one of just six players to have completed more than 10 dominant tackles (11).

Aaron Reed is Sale’s top try scorer in the league with six.

ONE TO WATCH – DAN DU PREEZ

Of Dan du Preez's 49 Premiership matches for Sale Sharks so far, the back row has started in 48 of them at Number 8 - coming on as a replacement just once in his maiden season.

That was against Bath Rugby where he scored one of his 13 tries to date.

This season the big ball carrying South African has featured 13 times in the league, crossing the whitewash four times and continues to provide important go-forward for Alex Sanderson's side.

“The spirit of the team in the win over Bristol was really pleasing. The supporters who came out again in their droves and did such a brilliant job too. We’re looking forward to a similar occasion on Saturday.”

“Manu Tuilagi is up for selection this weekend. He is looking sharp this week and to have him back is brilliant on and off the field.Tom Curry is out for another five to six weeks with a hamstring tear.”

Bath withstood a spirited second-half Sale Sharks fightback to register a second successive victory and continue their climb up the Premiership table.

The Blue, Black and Whites led 6-0 at half-time through Rhys Priestland's penalty, before a Jonathan Joseph try extended their lead after the break.

Akker van der Merwe and Byron McGuigan then both touched down in the space of four minutes as Sale struck back.

But Priestland's third kick from the tee restored Bath's advantage.

This Saturday is the double header with Bath Rugby Ladies taking on Buckingham Swans Ladies following the men's match with Sale Sharks.

Tickets for Bath Rugby v Sale Sharks remain on sale and there is no need to register for the additional as the ticket will provide access to both.

Tickets to the Women's match are free!

This weekend’s match against Sale Sharks will be available to watch on PRTV Live which you can purchase via the Premiership Rugby website.

Our very own Tom Ellis will be on co-commentary duty!

WATCH US ON PRTV LIVE

Bath Rugby Ladies' match against Buckingham Swans Ladies at the Rec on Saturday will be live streamed on YouTube.

The stream will begin just before kick-off at 17:30!