Bath Rugby head back to the Rec as they take on Northampton Saints in the penultimate home game of the season.

After defeat to Edinburgh Rugby ended Bath Rugby’s European campaign, captain Charlie Ewels insists the focus for the remainder of the campaign needs to about ‘pride’ and ‘passion’ for the club and its supporters.

“Every game now is an opportunity to show what you are about and what this club is about,” he said.

“It’s playing for pride and for passion. We’ve got two more games in front of our fans and that’s two more opportunities to repay the faith.”

The repaying of the faith starts this Saturday when Northampton Saints visit the Rec. The Blue, Black and White have won their past six home matches against Saints with the last match of the 2020/21 season proving one to remember.

In the closing stages, Josh McNally ripped the ball out of Saints hands and set up Josh Bayliss for one of the tries of the season; stepping through the Northampton defence and running the ball from his own half to score with the clock in the red.

Bath have been victorious in their past six home Premiership meetings with Northampton and will be hoping to make it a seventh as they look to end the season on a high. 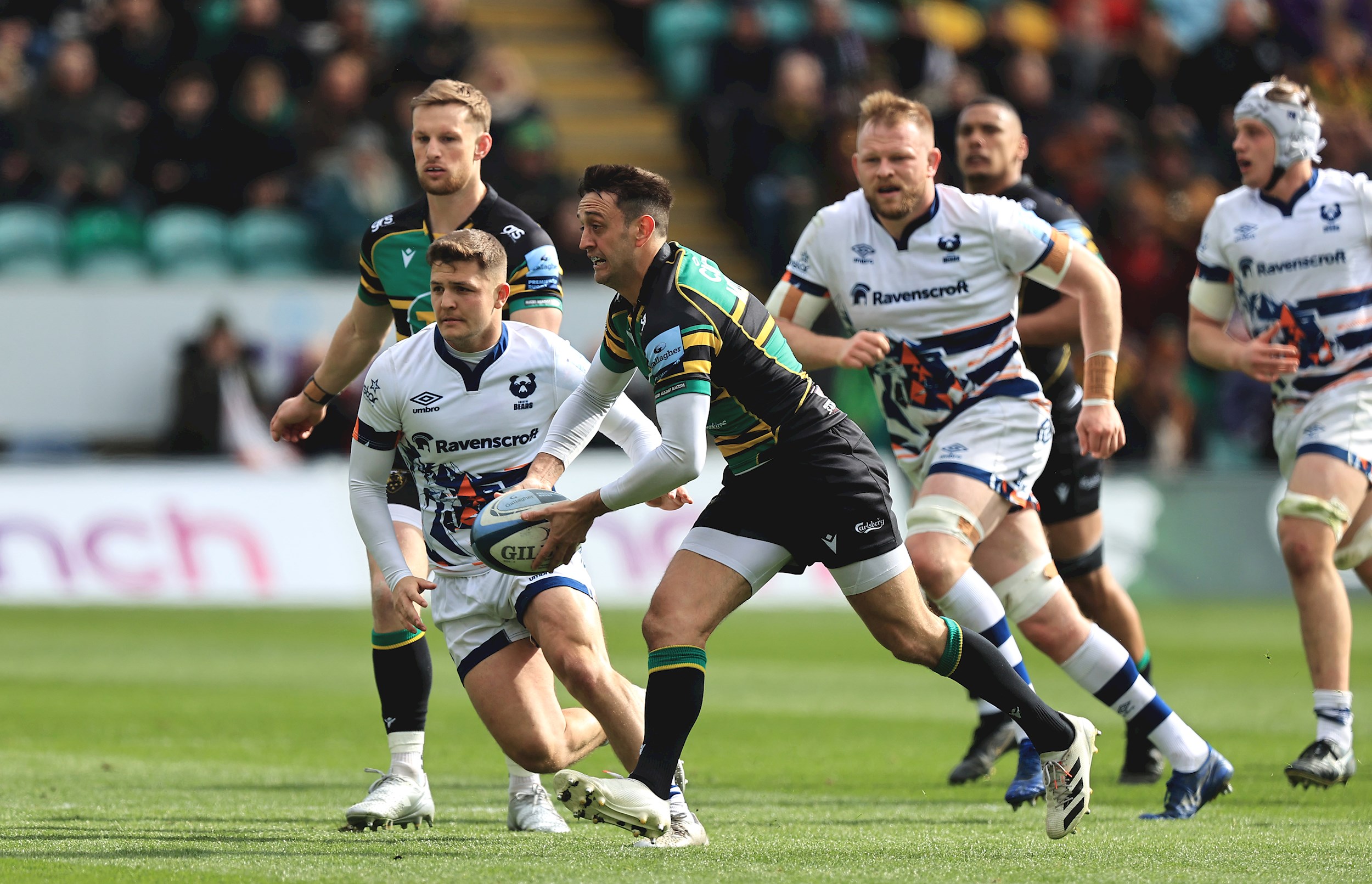 After being knocked out of the Challenge Cup by Gloucester, Northampton Saints’ focus is firmly on getting into the top four of the Gallagher Premiership.

The defeat ended Saints’ five-match winning run in all competitions, but they are in good form on the road in the league, winning five matches this term.

Chris Boyd’s side have a number of talented players with strong attacking intentions.

England scrum-half Alex Mitchell has been in fine form, scoring nine tries, making 13 clean breaks and beating 50 defenders. George Furback, Fraser Dingwall and Tommy Freeman are three other backs who can cause danger with ball in hand.

Back row Juarno Augustus, who has six Premiership scores, has been colossus in the pack with 1200 metres gained and 47 defenders beaten.

Northampton will be without Wales captain Dan Biggar due to suspension while England’s 2022 Six Nations skipper Courtney Lawes is set to miss out through injury as is top try scorer Courtnall Skosan.

One to watch - ALeX MITCHELL

Scrum-half Mitchell came through the Saints Academy having previously been in the Sale Sharks youth setup.

He debuted at senior level in 2017 and helped the Northampton second side win back-to-back Premiership Shield titles.

Since then, he has established himself as one of Northampton's key players and earned international recognition in November 2021, winning his first England cap against Tonga.

“Our focus is Northampton. We need to get this game right and be consistent for 80 minutes as opposed to 50 minutes. That's the goal.”

"They've got an outstanding squad so we take them lightly at our peril. We'll be determined." 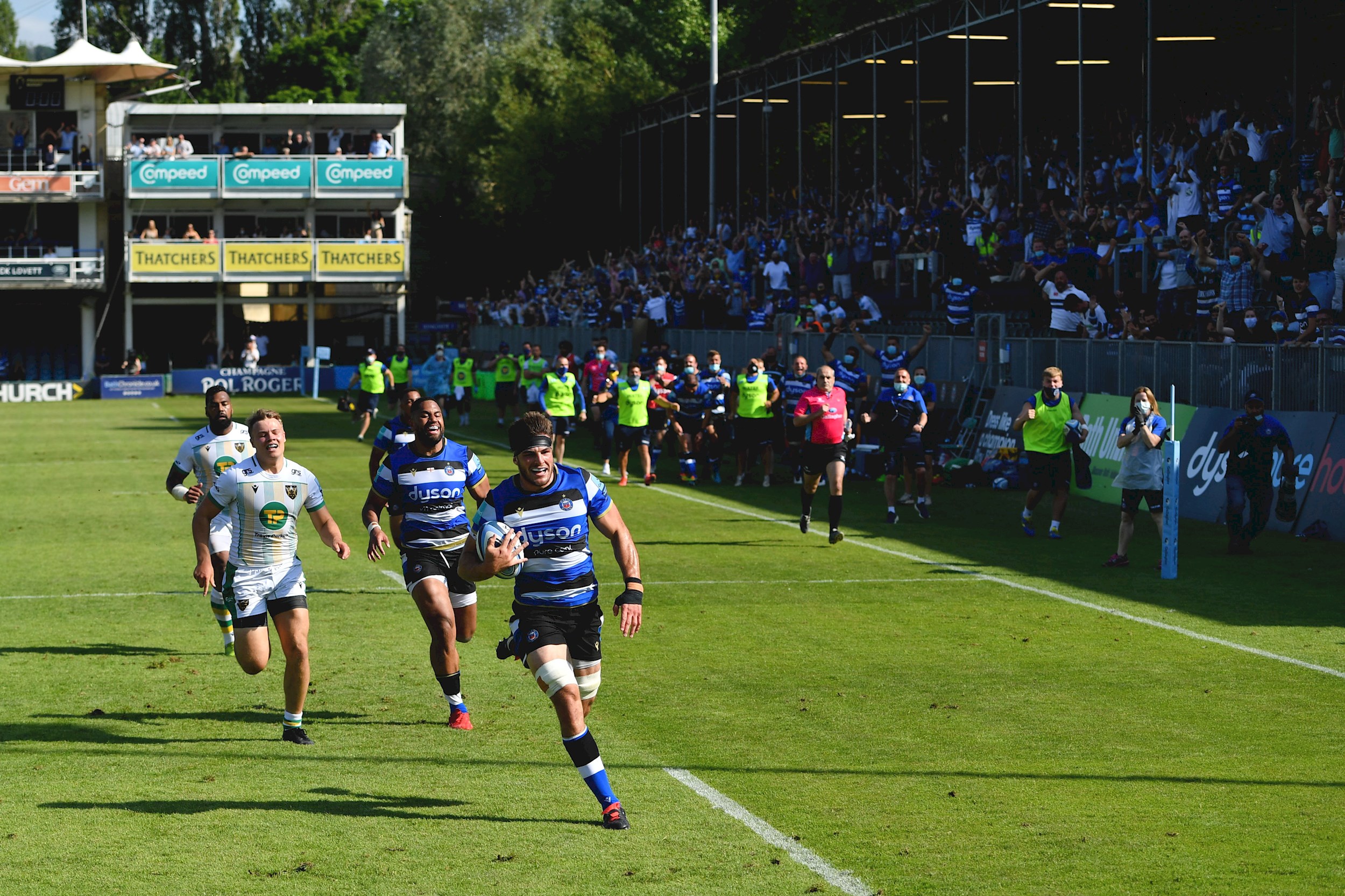 Bath recorded a bonus-point victory over Northampton to seal a Champions Cup spot in a tense match at The Rec.

The hosts needed a point from the game for a top-eight finish but that was in the balance for large parts as a much-changed Saints gave a battling display.

Taqele Naiyaravoro scored two tries and set up a third to give the visitors a 19-15 half-time advantage.

Bath had four tries ruled out but were patient and a late breakaway score from Josh Bayliss secured a five-point win.

The match is available to watch on PRTV Live for just £4.99!

GET YOUR PASS NOW!