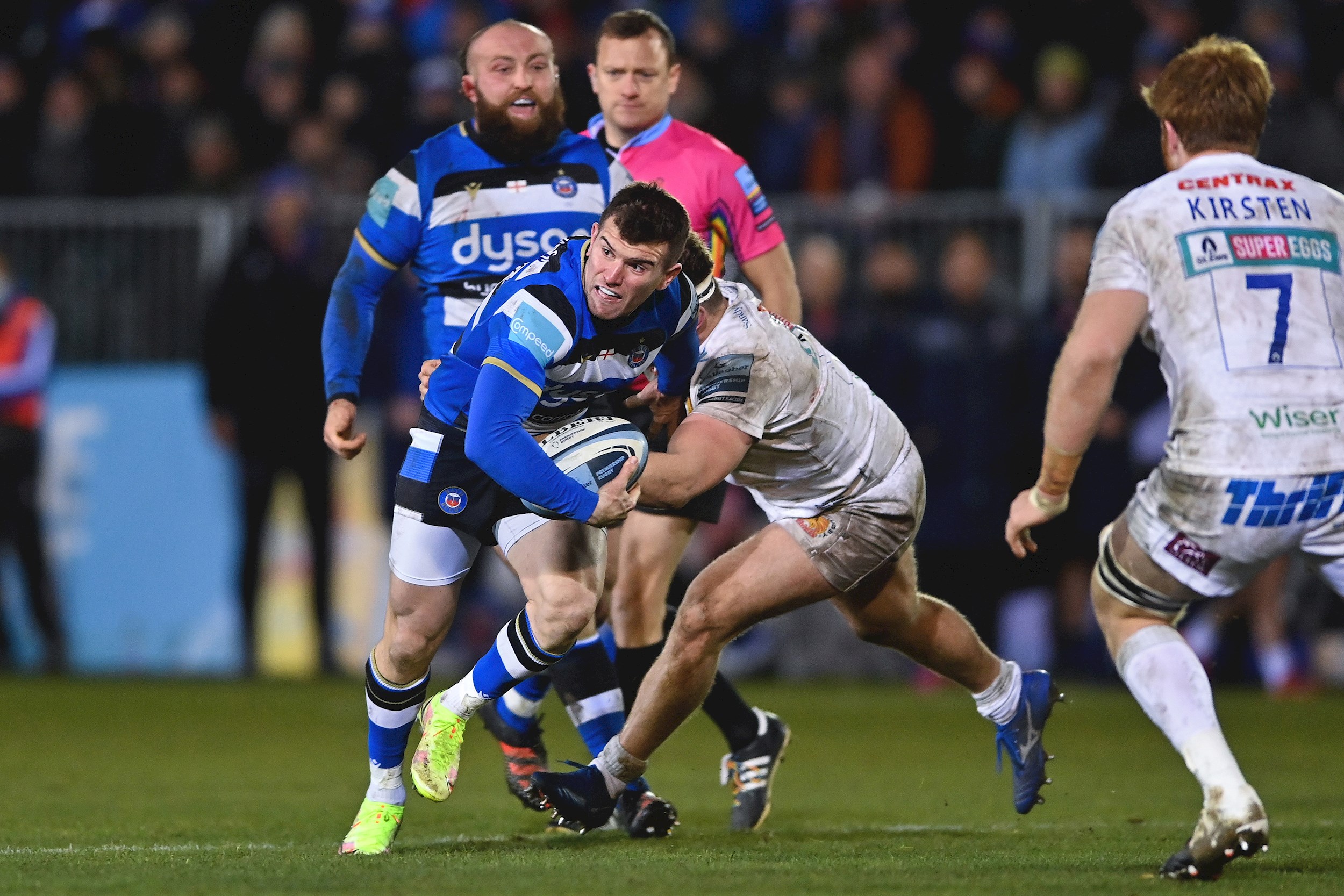 One of the oldest local derbies in the Premiership, Bath Rugby v Gloucester returns to the Rec on Boxing Day in front of a sell-out crowd.

It is the final Premiership game of the calendar year and there is no better way to end it with a hard-fought encounter against the Cherry & Whites.

The Rec comes alive for fixtures like these, and that passion is unrivalled. There will be even more added to the occasion with families and friends coming together to celebrate the festive period in Blue, Black and White.

The match is also an opportunity to thank you, our supporters, for sticking with us throughout everything this past the year. It has been difficult with results not going our way, but you have stayed with us and supported the club through thick and thin.

We hope you have a Merry Christmas and an even better New Year. 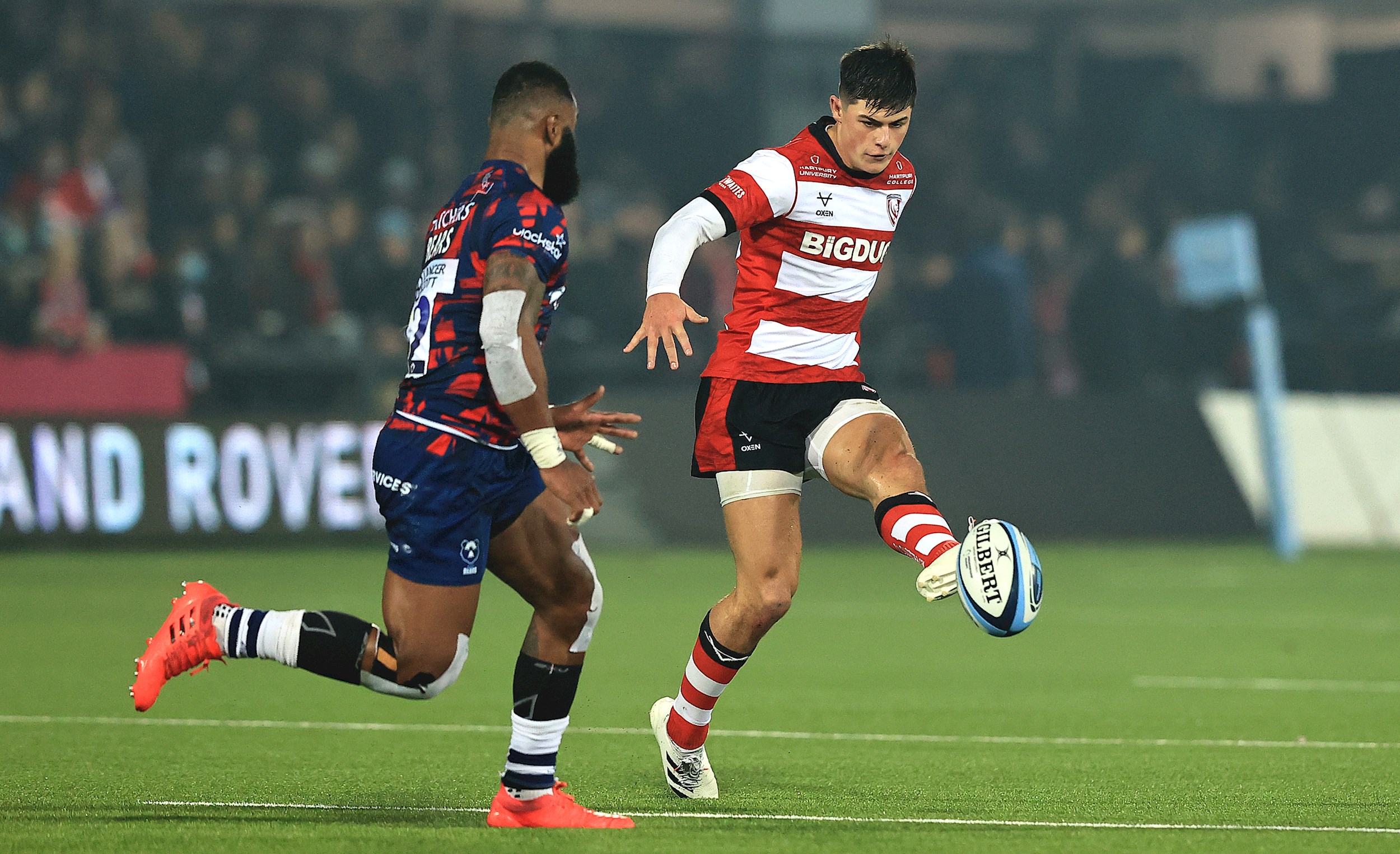 Gloucester have won 11 Gallagher Premiership matches in 2021 and they have only tallied more league ones in one other season since the start of 2012 (W12 in 2017).

The Cherry & Whites’ form has seen them rise to sixth in the table, level on points with Exeter Chiefs with a game in hand, after five wins from their opening nine matches (L3 D1).

Summer signing Adam Hastings is in the top five for most points in the Premiership this season with 69, while Number 8 Ben Morgan has four tries to his name with Jonny May, Jack Singleton and Louis Rees-Zammit just behind on three for the campaign thus far.

Gloucester have scored 27 tries in total but have gained the least metres in the league (5,265), carried the least (791) and beaten the least defenders (124). George Skivington’s side have been pretty impressive in defence, making 1,448 tackles – just 20 behind Saracens.

One to watch – Louis Rees-Zammit

A whippet. Louis Ree-Zammit has extreme pace and has caught the eye at club level and on the international scene since breaking through in 2018.

The wing has had a meteoric rise, earning British & Irish Lions recognition in the summer as well as scoring five tries in 12 Wales appearances.

In the Gallagher Premiership, his try record is impressive too. The 20-year-old has crossed for 18 tries in 29 appearances, including three in five this term.

"I was captain the last time we played Gloucester which was a really proud moment for me. Obviously the result hurt and I'll be doing my utmost to reverse that feeling on Boxing Day."

"Gloucester v Bath derbies, I know how much they mean around here and how feisty they are which I love."

Bath scored seven tries as they crushed Gloucester to set up a home play-off semi-final with Leicester Tigers.

A depleted Cherry and Whites managed a four-try bonus point before they face their own play-off against Connacht for a European Champions Cup spot.

Steve McColl crossed twice for the visitors, who led early on.

But converted tries from Kyle Eastmond, George Ford and Sam Burgess put Bath in control at the break and they eased to victory in a pulsating second half.