Josh Matavesi says he is extremely thankful to Bath Rugby Director of Rugby Stuart Hooper for allowing him to take up a ‘life-changing’ opportunity in Japan.

The 30-year-old was allowed an early release from his contract to join up with Toyota Shokki Shuttles in a deal he has honestly revealed will help set up his family for when he retires from rugby.

Joining Bath in January 2020, Matavesi featured 27 times in Blue, Black and White and had his sights on adding to that total before the chance of with the Shuttles came up.

He believes he owes the club and Hooper a great amount of respect for being human and compassionate.

“It was a really tough decision to make,” the Fiji international said. “I had no thoughts of leaving; it’s not as if it’s been happening for a while, it’s happened really quickly.

“It wasn’t a case of Stu trying to get rid of me because of the salary cap or anything like that; it was just an opportunity came up for me. With me being the wrong side of 30 now and people like Max Ojomoh and Will Butt coming through, I just saw it as a really good opportunity to secure my future after I’ve stopped playing.

“I’m not going to sit here and say it’s purely a rugby decision – it’s not. It’s something I can help my family with; I want to support my wife and my kids and make sure I’m well looked after when I’ve finished rugby. I would never be paid the money that I’m going to be paid if I was in the Premiership.

“I’m forever indebted to Stu for allowing me to do this because we’re like two weeks away from the start of the season. From day one he said it was an opportunity I would probably never get again.

He said he would do the best for me as a person. He knows the stuff that is going on in my life and I said an opportunity had came up in Japan and it was pretty life-changing for me and my family.

“When I told him the numbers he wasn’t selfish at all and didn’t say I couldn’t go; he wanted to do what was best for me and he put me first which I massively respect and I owe him a huge amount for that.” 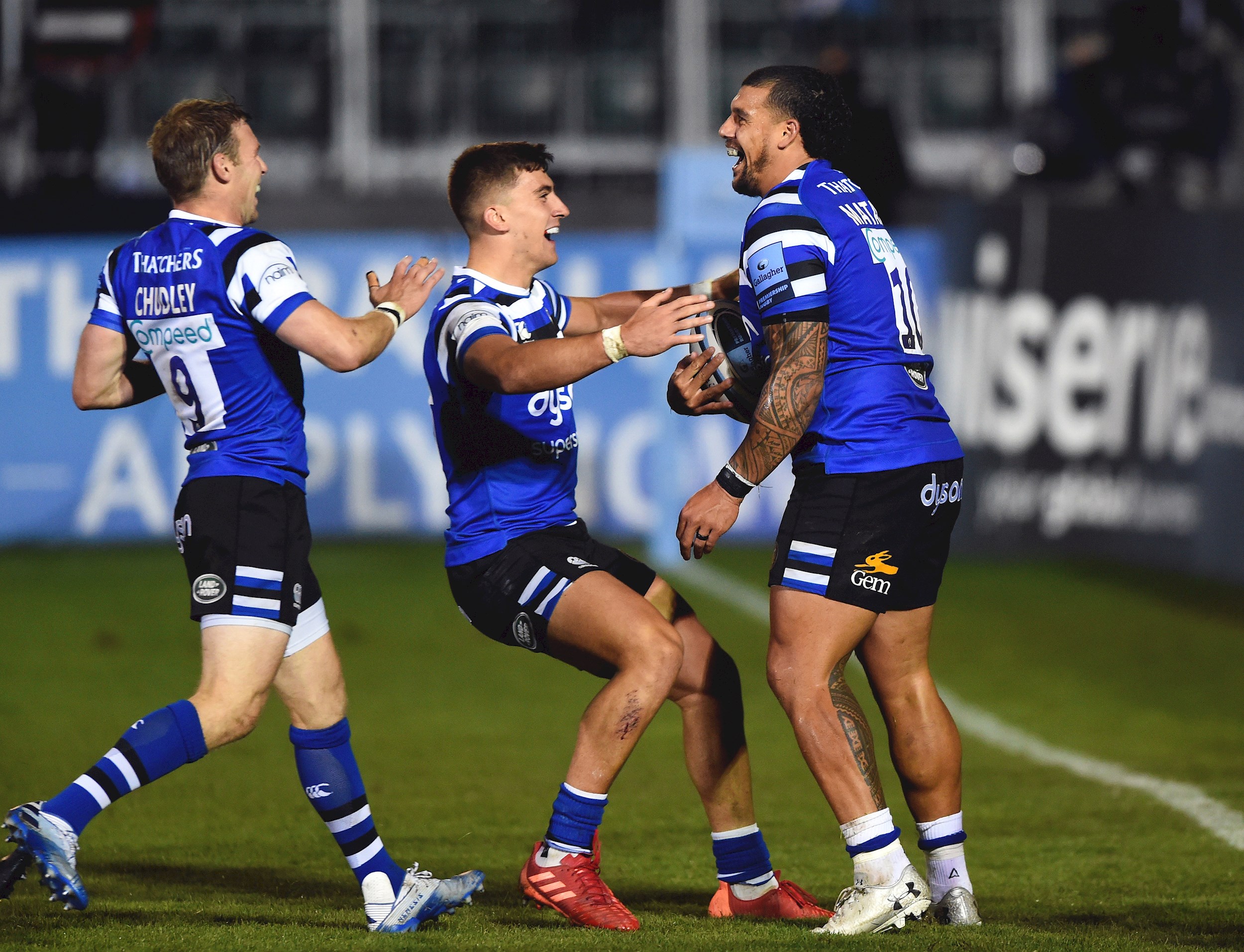 It is not just Hooper who has been supportive of Matavesi during his time at the Rec.

The centre is humbled by the environment he has experienced and been a part of and felt like he could just be himself the whole time.

“Thank you to the fans and I hope you stick with the boys. There’s a really exciting period coming up for the club especially with David Williams on board now. I’m really gutted to be leaving at this time with him here now.

“I’m happy that I could be me at the club and always smiling which is a nice thing. One of the hardest things about moving on is you miss those connections with people and I’ve made so many at Bath.”