I'd honestly do anything for the club and the city - Bayliss

It has been quite the journey for Josh Bayliss on his road to growing an affinity with Bath Rugby and cementing his place in the senior squad.

Born in Devon, the 23-year-old spent his early childhood in Indonesia due his father, Peter’s, profession.

His time in Southeast Asia didn’t present the opportunity for any sporting activity and it wasn’t until his return to England that he picked up a rugby ball.

Making the 7,000-mile trip to his homeland with his mother and sister, Bayliss attended Wellington School in Somerset before earning a scholarship at Millfield School where rugby ended up becoming more than a hobby.

“My sister and I were there the whole way through,” he said.

“I didn’t really take it seriously until I was 15 or 16; that’s when I started with Bath Academy. I thought ‘this is pretty cool, this is now my favourite sport’. I thought I’d play it whilst I was at school, maybe go to Uni and play some more.

“I carried on and played for Bath Under-18s and the first team at Millfield, and I was lucky enough I was offered an Academy contract. I then had two years in the Academy and now it’s my third season in the first team; it’s crazy how quick it has gone.” 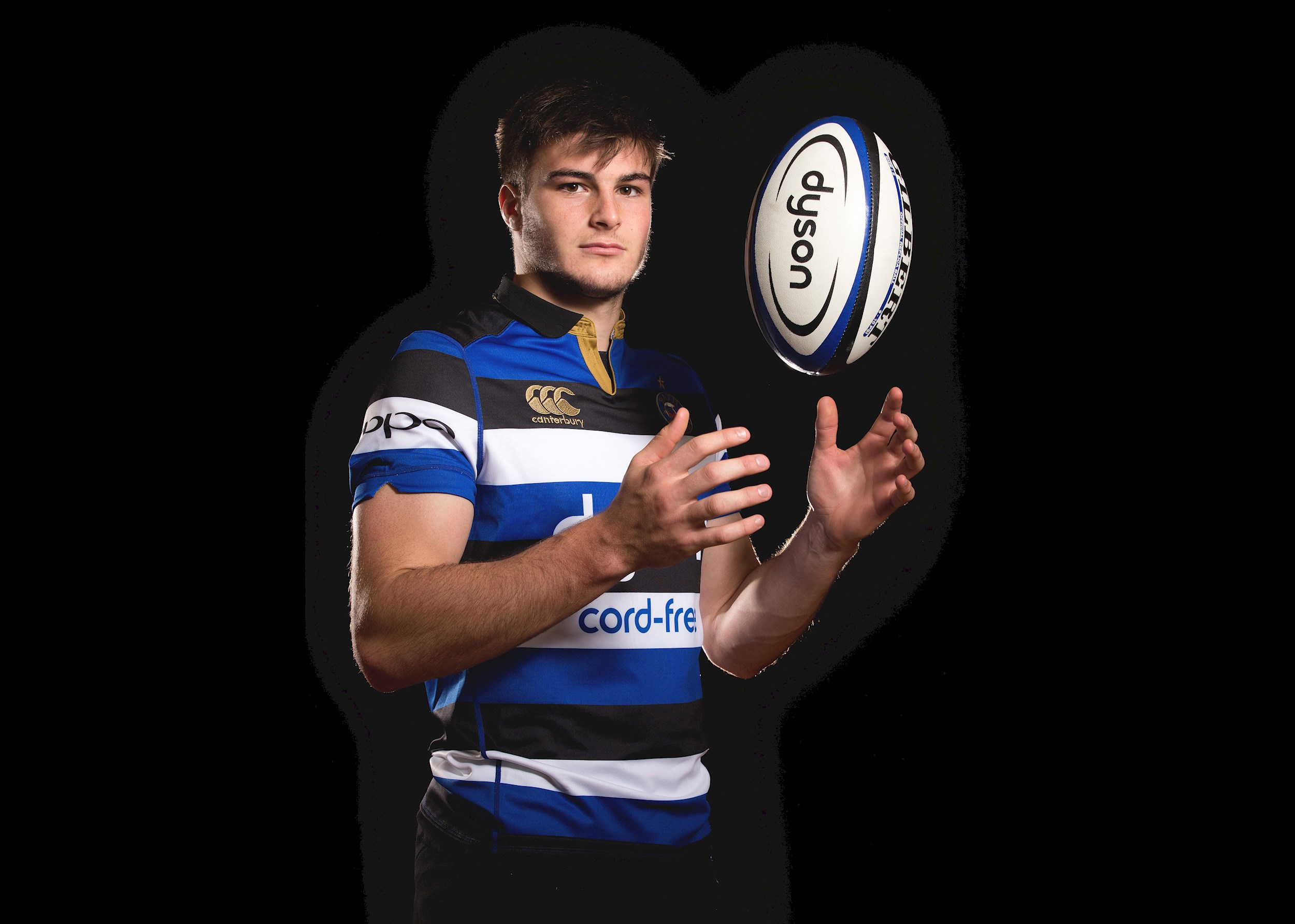 It is unsurprising that Bayliss grew a love for the game considering his father and grandfather’s rugby pedigree.

They both played for Lydney RFC in Gloucestershire, a club that became a loan destination for Bayliss in his early days… for five minutes at least.

“In my first year, me and two of the other guys who signed got sent on loan to Lydney and I thought it was so cool – such a small world!

“Unfortunately, we didn’t play as it turned out to be too low a league for us to play in as it was two leagues below the Championship. We had a couple of training sessions and were named in the team for the weekend and I thought ‘this is going to be crazy, I’m going to run out for the same team by dad and grandad did’ but it never happened. It’s still pretty cool nonetheless!”

An opportunity missed, perhaps, but it wasn’t long before Bayliss would experience something greater than National Two rugby – a first team debut against Leicester Tigers in the 2016/17 Anglo-Welsh Cup. 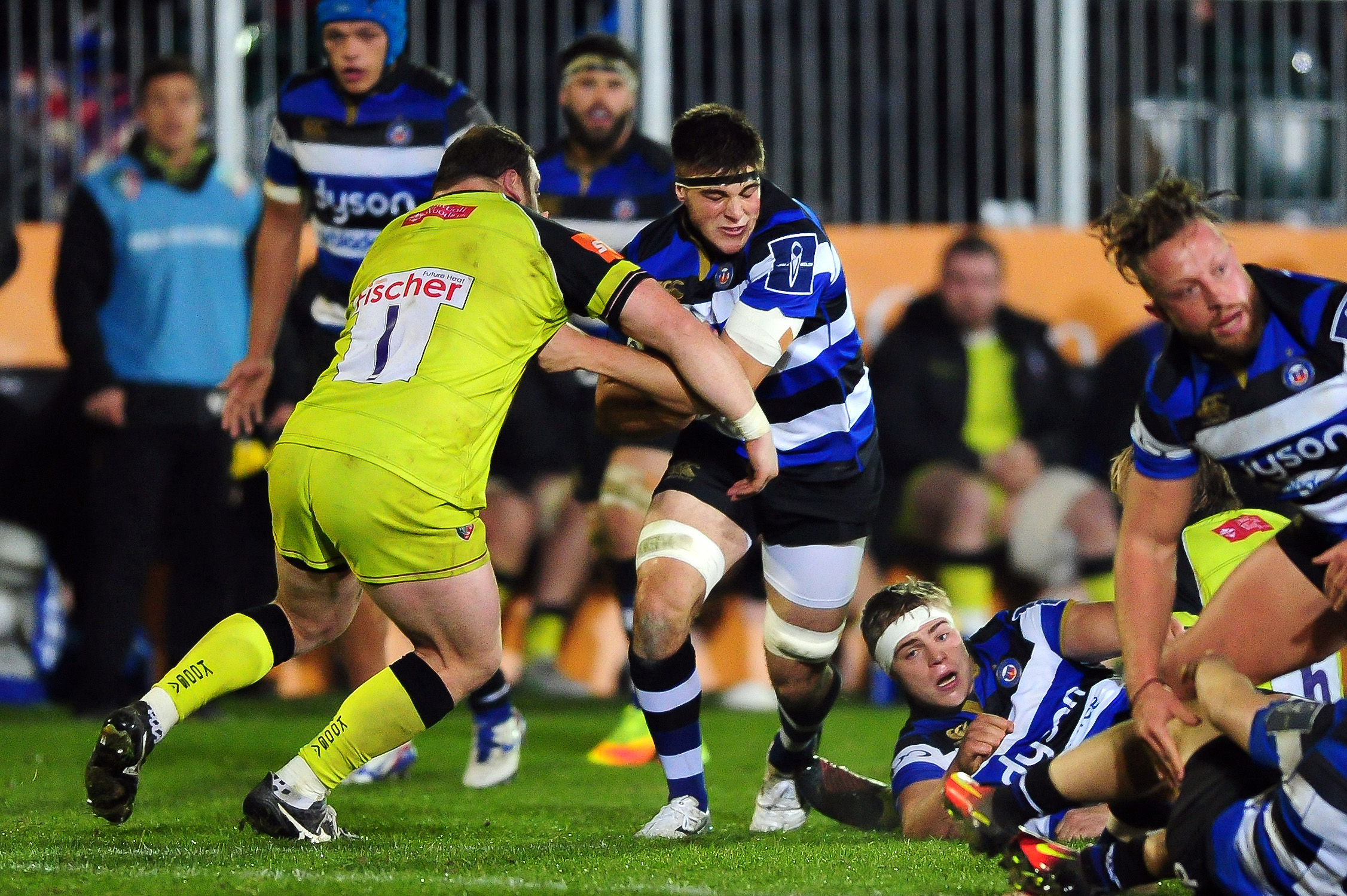 His continual progression has seen him lauded as one of Premiership finest young players and this year he caught the eye of Scotland head coach Gregor Townsend, receiving a call-up during the 2021 Guinness Six Nations.

Bayliss, who qualifies for Scotland through Aberdeen-born grandmother, missed out on chance of a first cap due to the postponement of the Scot’s game with France and back on club duty he got concussion, ruling him out for the remainder of the tournament.

His talent is sure to be rewarded with senior international honours in the future, but for now the Bath back rower is content with going toe-to-toe with World Class in training, fighting for a starting spot in Blue, Black and White.

“We are incredibly fortunate to have the guys we have got,” he said.

“It’s been a real blessing to fight so hard for my position. Fighting for places and learning from a lot from these seasoned international players has been brilliant as it drives us and it drives them.

“It makes it that much more special when you get to pull on the shirt and represent the city and the club. There’s no better feeling than running out with a guy like Miles who you know and has the same belief and passion for the club. 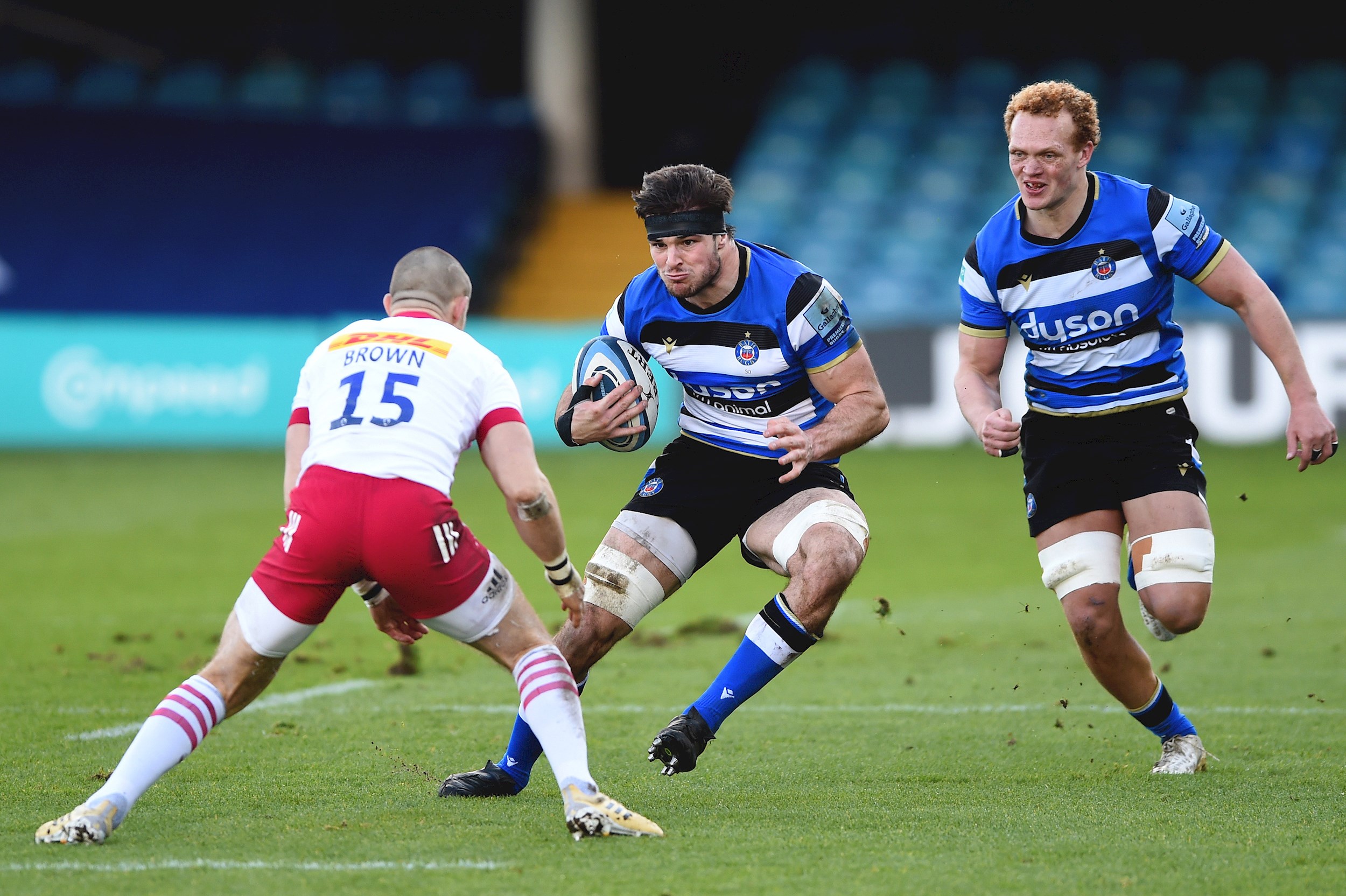 Bayliss added: “We’ve got a real core group of young guys with more coming through. It’s very exciting to see and it’s definitely a team I want to be a part of moving forward.

“We’ve got an incredible amount of talent and guys who really want to work hard. These guys want to get better every day and push each other; the competitive nature of the squad and pushing guys for places is brilliant. It’s driving standards which is exactly what we want. The guys have an understanding we’re building something that can make us a really successful team over a number of years.”

Bayliss is one of those players who works extremely hard at his craft day in, day out and has earned every one of his 64 Bath caps to date.

Every time he pulls on the Blue, Black and White jersey he wants to do himself and his family proud, but also the club, his teammates and the people of the city he has grown quite the attachment to since arriving as a Devon-born, former Indonesia-living, Millfield student.

“At the start and when I first joined, I would have been happy to have played for any Premiership or Championship club in the country.

“But as you move through and having come through the Academy and been here for such a long time, you create bonds with the people at the club, the supporters, the staff… everyone.

"I’ve got to a point now where this is the only club I truly love and I’d honestly do anything for the club and the city.

“If we’ve got a home game I’ll walk in from my flat down to the game and when there’s a full stadium, the town is buzzing. I feel so lucky to be able to do what I do and do it in a city like this in front of these people. I honestly get goosebumps every time.