I’m really excited for the challenge ahead - Coetzee

After a period of adjusting to life at Bath Rugby, Jaco Coetzee is reenergised, ready and raring to go with the Gallagher Premiership starting on Saturday.

The South African Number 8 spent his first few months at Farleigh House soaking up the culture, bonding with his new teammates as well as rehabbing a pre-existing knee injury.

He featured for the first time in Blue, Black and White in the friendly against Cardiff Rugby last Friday and is now relishing the prospect of representing the club in competitive action.

“It’s nice to have my own place now and not living at Farleigh!” Coetzee said.

“Bath as a city is so amazing, I can’t get enough of it. The people here at the club are really nice and have made the move so easy for me and I’ve settled in quite nicely.

“I was very relieved I could join Bath a bit earlier just to familiarise myself with everyone and see how things work instead of being thrown into the deep end six weeks before the competition starts.

“It was great to see the club’s values and what they believe in, how they train and getting connected to the guys and the way we play. It’s given me a lot of confidence to go out on to the field with my new teammates and I’m really excited for the challenge ahead.” 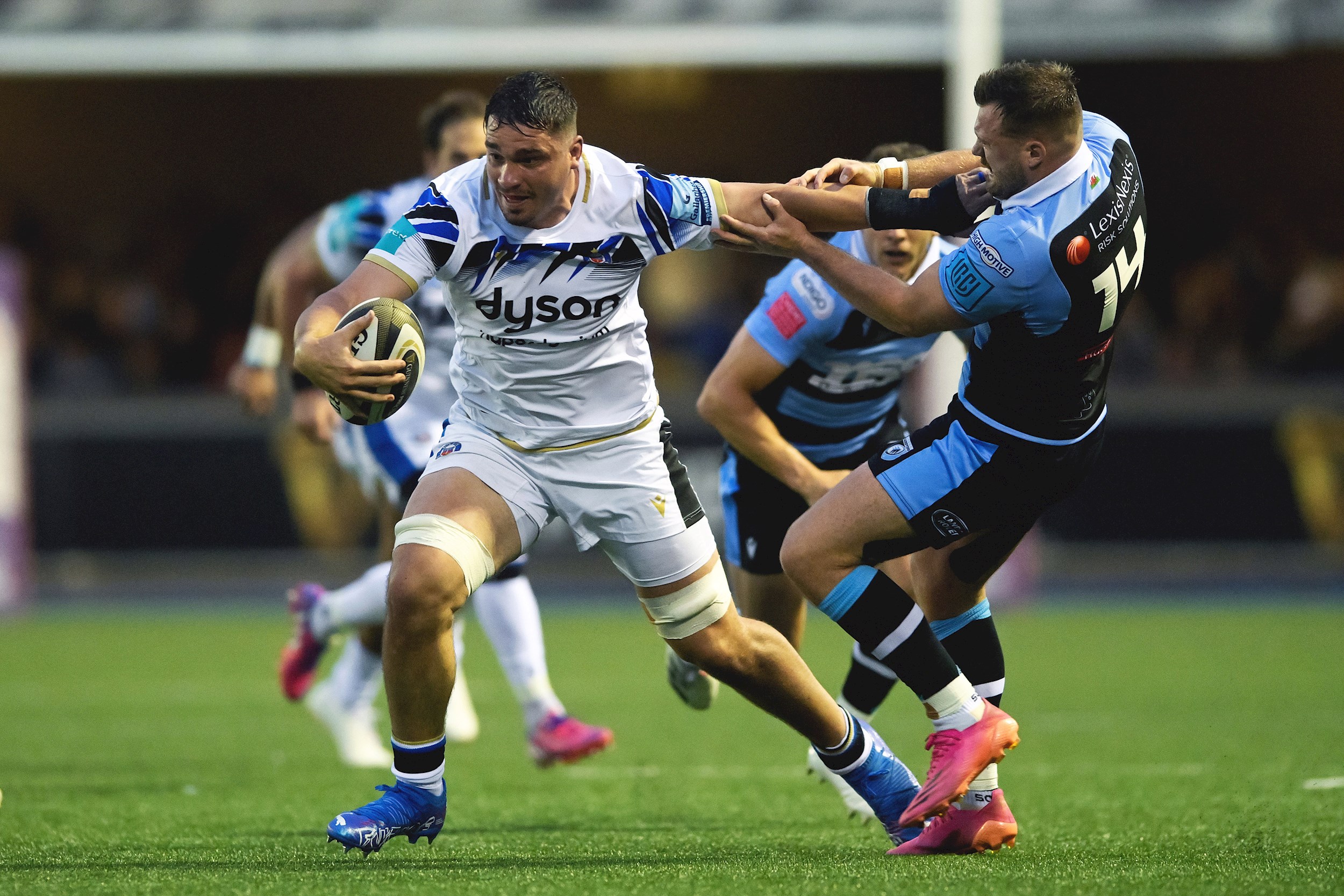 Bath head to Sale Sharks on the opening day, a squad which contains its fair share of South Africans.

Coetzee is good friends with the Manchester-based side’s Cobus Wiese who he discussed the standard of Premiership Rugby with prior to his arrival in Somerset.

He could well face his compatriot at the AJ Bell and has a clear understanding of what his role for Bath will be should he earn his debut.

“Cobus said it is a lot more physical than South African rugby and you can’t make a lot of mistakes,” Coetzee revealed.

“Here it’s a lot more tactical and the guys are really strong especially here at Bath; I was quite shocked to see how strong everyone is in the gym!”

He continued: “My strength is obviously ball-carrying, getting momentum for us and stopping momentum in defence and poaching on to the ball – that’s one thing I’ve worked on.

“I have had long chats with Neal Hatley and David Williams about the new shape we want to play which is quite like the shape we used to play as The Stormers in Cape Town.

“It’s very quick and a lot of interlinking with the backs as a forward. It’s quite nice that I don’t have to change too much of my game to fit in and hopefully that will help provide forward momentum for the team.

“If I’m picked I would be very excited to make my Bath debut. I can’t wait to help the team with that momentum and see where I stand in the Premiership. I’ve wanted this for a very long time.”