Bath Rugby confirmed Neal Hatley as Head Coach ahead of the resumption of the Gallagher Premiership last weekend.

Hatley stepped into the role as Bath prepared for the restart, facing London Irish in Round 14 and sealing a 34-17 win.

A week into his new role and the 50-year-old has been enjoying the step up, calling on his expertise from roles with London Irish, the England set-up and, of course, an earlier stint with the Blue, Black and White.

Hatley said: “I’m extremely happy. It’s a fantastic opportunity for me at a big Club with a rich history and rich tradition, a good playing squad, a young playing squad with strong homegrown talent coming through.

"It’s a great facility at Farleigh and we’re backed by an owner who’s truly invested in the Club and the City, so yes I’m extremely happy."

“My past roles are massively important – the roles I had at London Irish as Academy Coach and into the 1st team, then obviously here with Gary Gold gave me an opportunity to work with England – with Eddie Jones, Steve Borthwick, John Mitchell, Scott Wisemantel.

“Working within the England camp sets you up. You’re working with the best players in the country on very tight timescales – Autumn Internationals into Six Nations, Summer Tours and potentially into World Cups where there’s very little room to get things wrong.

“It’s was an unbelievable learning curve. And not just the working with that coaching team, but the people we had access to – there was always something to learn. These are all people who have coached at high levels and in international sides all over the world, so the opportunity to learn improved us daily as people and as coaches. It was an unbelievably brilliant three-and-a-half years for me and helped prepare me for the next step and being back at Bath.”

Having coached some of the squad in his original spell with Bath Rugby, Hatley is looking forward to working with the squad as well as his new dynamic with Director of Rugby Stuart Hooper.

Hatley continued: “I’m over the moon. Some of the guys were actually here from my first stint and some of the players I was involved in recruiting, so I’m massively excited about the opportunity not just to influence some of the team but all of the team, on and off the pitch.

“Stuart and I have a great dynamic. I coached him for four years in my first stint. I think what you get is a guy who’s always very willing to learn, willing to listen, and he won’t just accept what you put in front of him – there’s good debate around it. He challenges not just me but the players and all the coaches to be the very best they can be, which is what he did as a player.” 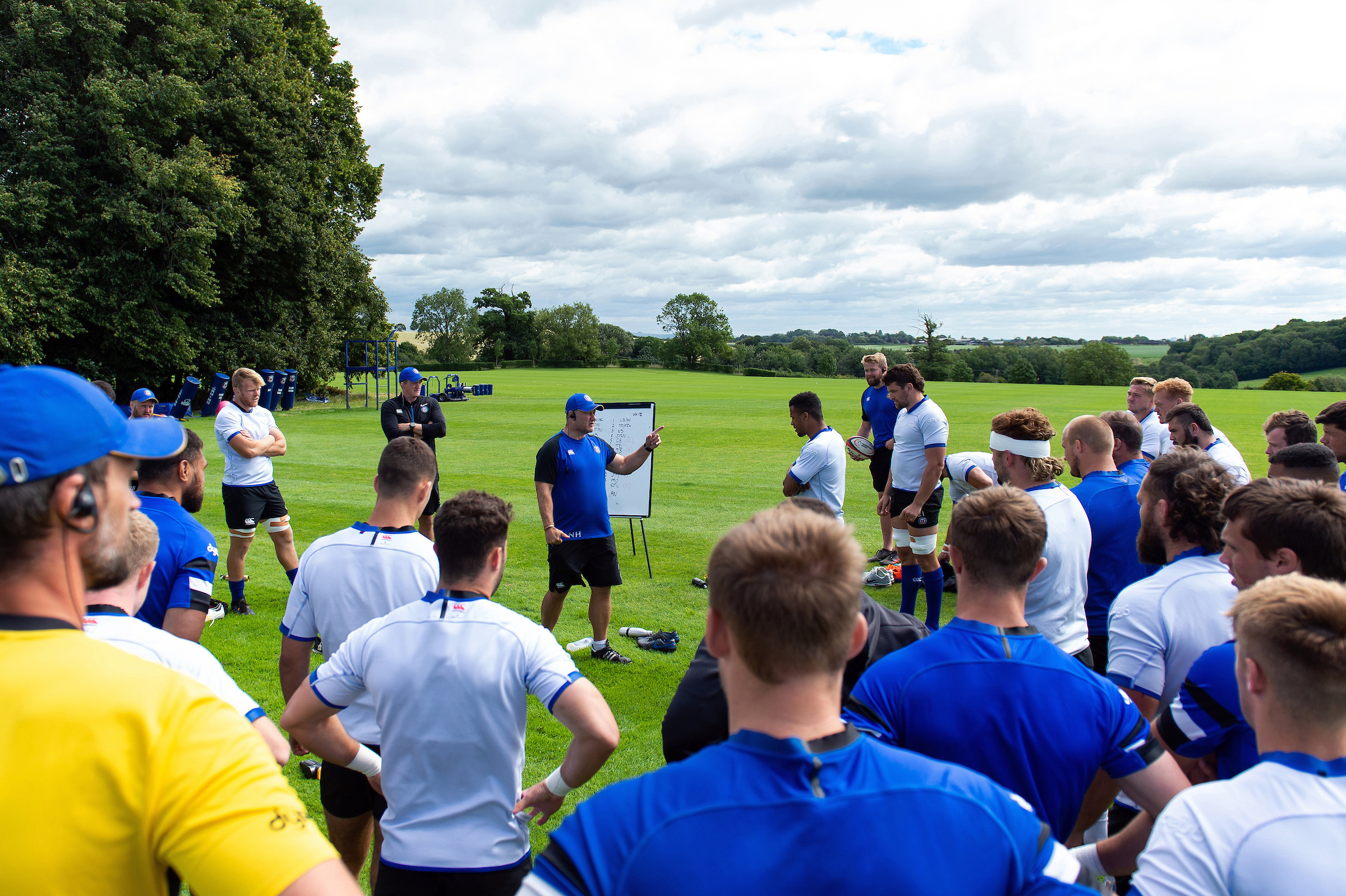 With a bonus-point win in the opening match, Hatley was pleased with the side’s first blow out after a five-month period of lockdown and socially distant training, despite starting his new role against his former employers.

“It was a strange one because London Irish was obviously a club where I spent a long time as a player and as a coach, so maybe it was quite apt that we started with them. It was good. I was really nervous both on Friday night and Saturday morning because it was such a unique situation.

“A lot of hard work has gone in from everybody across the Club, from the groundsmen to the kit man to the management to all the players and coaches, everybody has put in such a lot of work – as I’m sure other clubs have done as well – so you always feel a bit anxious going into such a unique situation.

“But of course, I’m pleased with the outcome. To get a bonus point win, albeit at home, is a good start but it is literally just that: just a start.”