Have you secured your seat for what promises to be an epic fixture?!

Harlequins will head to the West Country next week to take on the mighty Blue, Black and White under the Friday night lights.

The last time the two teams met, Bath battled back after being six points down at half-time to secure a 21-17 victory over their Twickenham-based rivals, with Ben Spencer kicking 11 points and Will Muir scoring both of the hosts' tries. 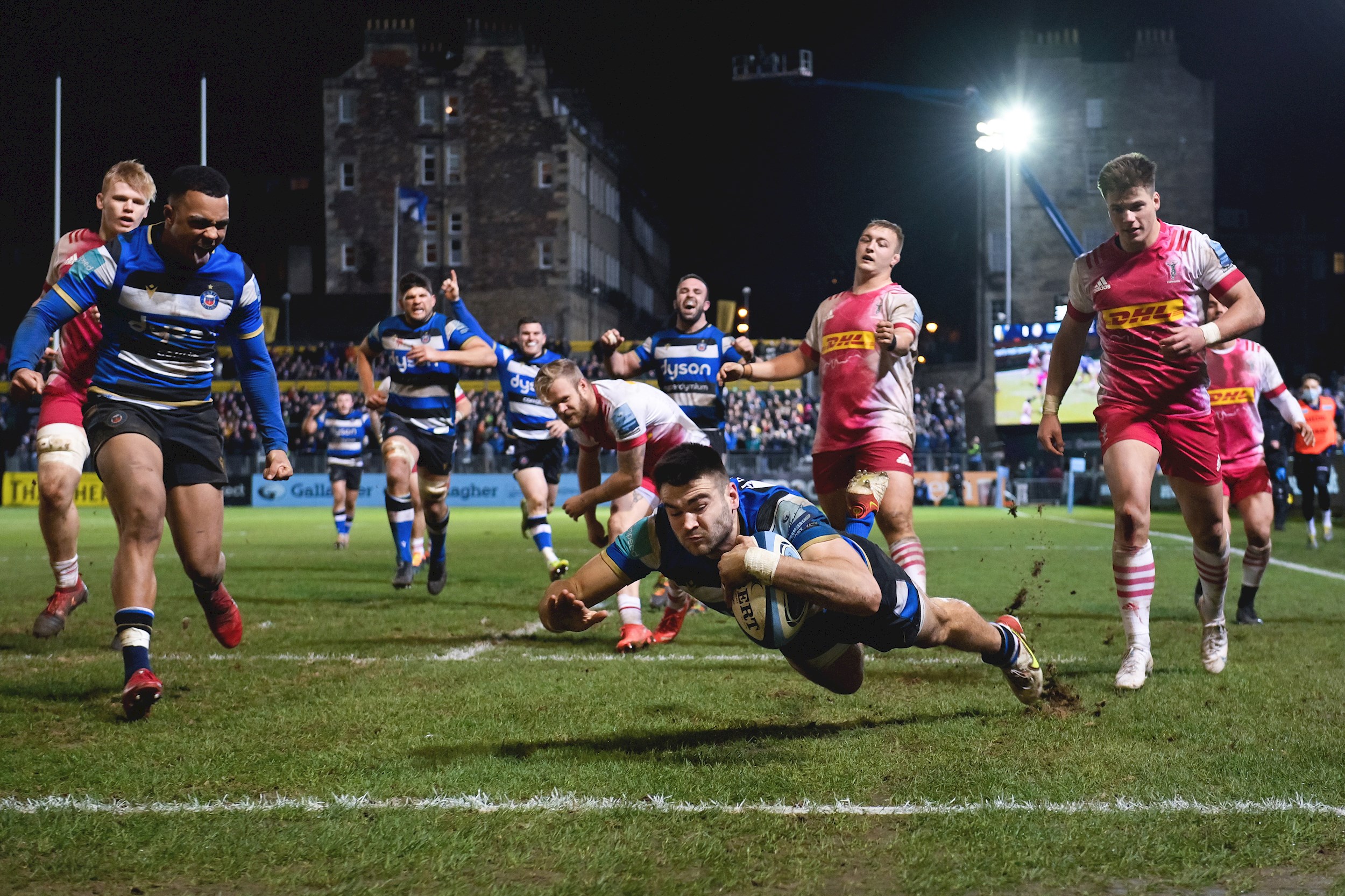 The fixture on Fri 2 Dec is sure to cough up the same intensity and we want you to be a part of it.

Fun and festive atmosphere; action-packed rugby; a crowd in full voice; what more could you want from a match day?

The fixture is one The Rec's most hotly anticipated dates in the season calendar, and a ticket can be yours for as little as £25! And if want to bring the kids along and make it a family occasion, you could all watch the clash for £80!*

When: Friday 2 December, kick-off 19:45
Where: The Rec
Who: Bath Rugby v Harlequins

*Based on a family of four - two adults and two children

coming up at the rec

With the game kicking off at 1pm, you’ll have time to take a morning stroll around Bath’s famous Christmas markets before heading over to The Rec to join in the festivities in the Swift Half.

What better way to ring in the New Year than with The Rec faithful?

Bath Rugby's second battle of the season against Newcastle Falcons falls on the 31 December. In their recent away victory, the Blue, Black and White will be looking to replicate their success and make it two from two against the Tyneside travellers.

Get an early start on your New Year's Eve celebrations and join us at The Rec!