Bath Rugby welcome Leinster to the Rec in Round 4 of the Heineken Champions Cup.

With a low fog causing visual and temperature issues in La Rochelle, along with a cancelled flight, the team were very happy to return to the clear, warm Bath temperatures of five degrees on Sunday afternoon.

Three tries in five second-half minutes showcased the Blue, Black and Whites’ attacking ability. All three scores were a result of positive defensive moments - a Charlie Ewels charge down, a Will Spencer strip and Josh Bayliss maul steal.

Johannes Jonker and Joe Simpson benefitted from the first two moments for their first Bath Rugby tries while there were also key contributions from  Will Butt, Jacques du Toit and Will Muir.

All five of those names are relatively early into their time at the Rec but this weekend is set to be an exciting milestone for a long-standing member of the squad. If selected, Jonathan Joseph will make it 150 appearances for Bath since joining from London Irish in his early 20s.

Recently called up England trio Charlie Ewels, Will Stuart and Academy fly-half Orlando Bailey could all be involved as well as Bayliss and Cameron Redpath who have been selected by Scotland. The latter made his long-awaited return from injury last weekend. 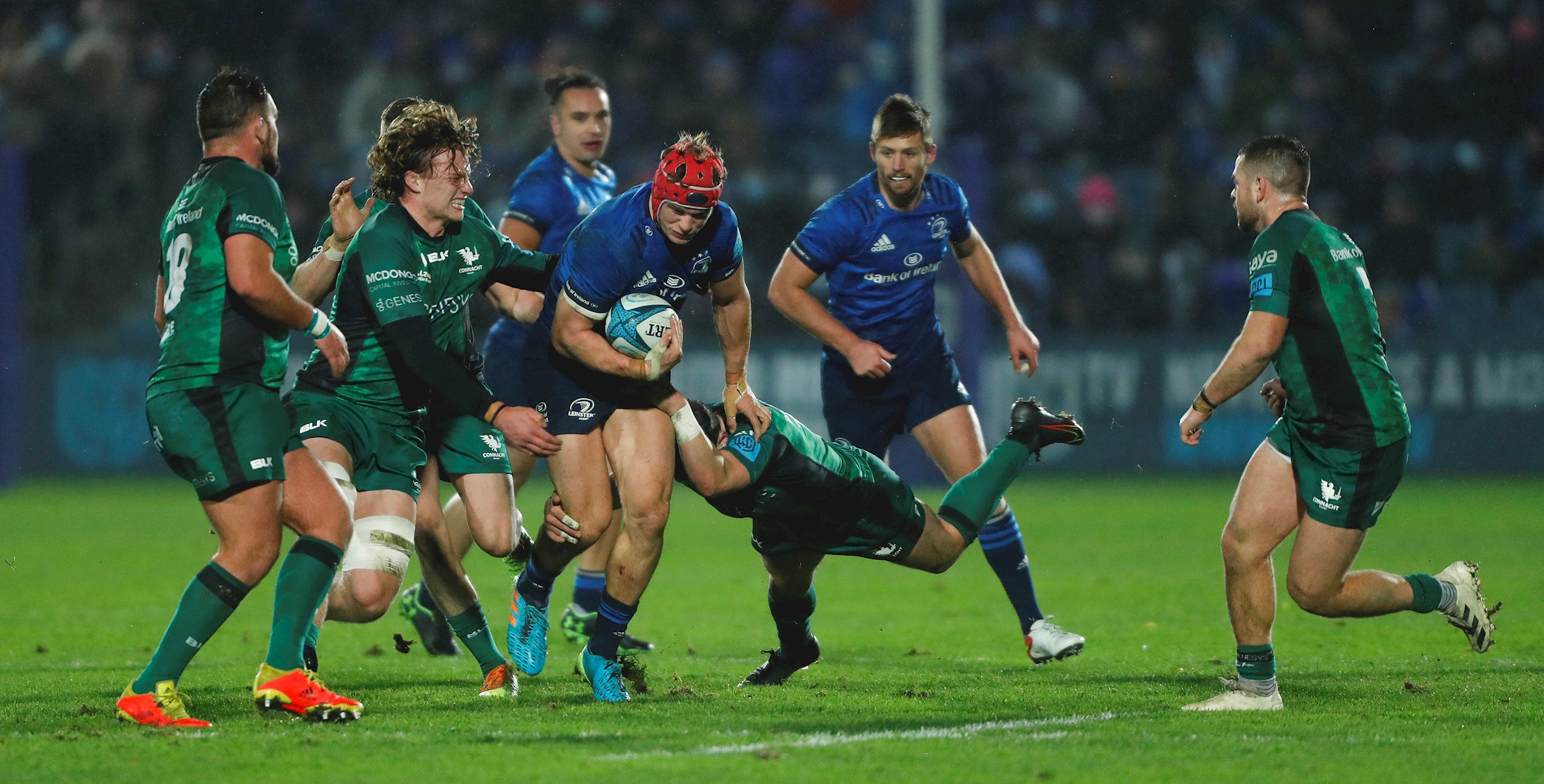 Leinster head into the final pool weekend of the Heineken Champions Cup following a huge victory over Montpellier.

The Irish province produced their biggest winning margin in the tournament, recording an 89-7 scoreline whilst crossing for 13 tries.

Despite coming through comfortably performance-wise, on the injury front Leo Cullen’s side did take a hit.

James Ryan was removed from their line-up after picking up a hamstring injury in the captain’s run. Tadhg Furlong (calf) and Jordan Larmour (dead leg) picked up knocks during the game and will be monitored ahead of the showdown at the Rec.

Dan Leavy (wrist), Conor O’Brien (hamstring) and Michael Milne (calf) remain sidelined but wing Dave Kearney (back) has increased his training load; he is doubtful for the match.

From 10 carries, he made 86 metres and beat eight defenders. The Ireland back rower was key in defence too, making 15 successful tackles.

The 28-year-old has 35 caps for his country since debuting in 2016. He is beginning to add flair to his game and potency as a ball carrier whilst also proving a hard working grafter.

“I’m really happy to be back on the pitch. Eoin Cremen has been my lead physio for my whole rehabilitation and has been massive for me - most of the past eight months I couldn’t have done without him. Marc Beggs has been great as well and all the other physios; the coaches, my family, my girlfriend and a lot of other people have been great and very supportive.”

“I think back to the last time we played at the Rec and it was a very tight game. It’s always hard to go away in Europe and it’ll be a tough challenge.” 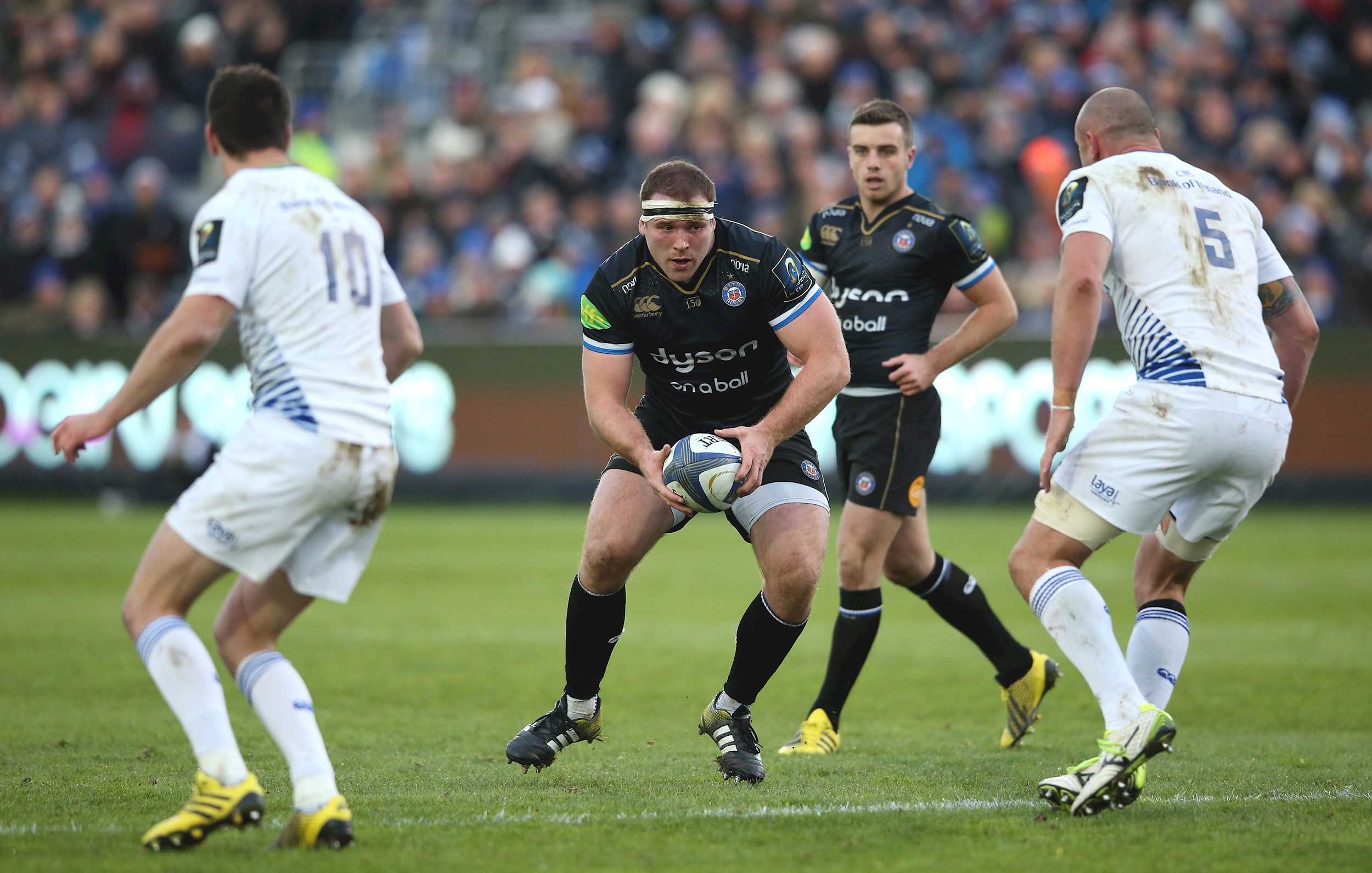 George Ford kicked a 76th-minute penalty to clinch a 19-16 victory for Bath over Leinster at the Recreation Ground.

With the scores locked at 16-16 after Leinster debutant Josh van der Flier’s 69th-minute try, fly-half Ford stepped up to slot a difficult penalty from 40 metres out on the right-hand touchline after Leinster were penalised at a scrum.

In a tightly-fought match, it was no more than Bath deserved, but they will be frustrated by their failure to put their opponents away earlier.

Limited tickets remain for the fixture. Help pack out the Rec!

GET YOUR TICKETS NOW!