History will show the games which accumulated in Tom Ellis' 100th Bath cap but, as the 26-year-old insists, the work started well before his debut in 2014.

The Somerset-born forward came on as a replacement against Bristol Bears last weekend to make it a century of outings in Blue, Black and White – the latest in a long line of Academy graduates to do so.

“I’m really proud to have actually got there,” he said of his achievement.

“When you get to 100 games, everyone goes from debut but there is a huge amount of work that goes before that, and when you get your debut you couldn’t even imagine getting to 100 – you’re just buzzing to get on the pitch!

“A few years ago when I hit 50 it didn’t feel like a milestone, I think 100 is really where you want to get to. I wouldn’t have got there without a lot of support from friends and family along the way; those guys have massively helped me through.” 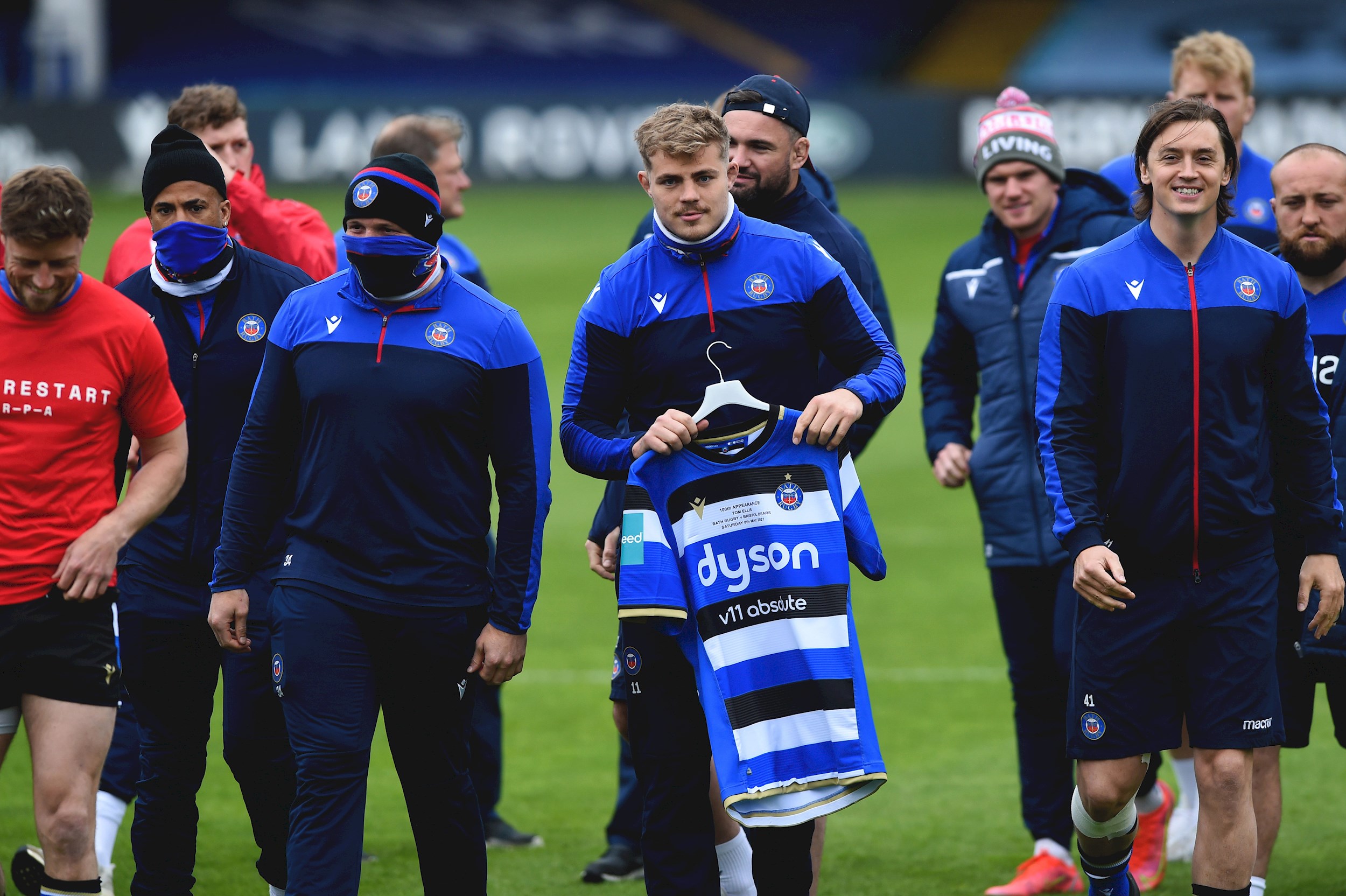 Ellis’ debut came in Europe against Glasgow Warriors, before going to earn his first Premiership start alongside now Director of Rugby, Stuart Hooper.

He credits wins over Sale Sharks in rugby’s restart and victories over Saracens as standout moments throughout his career thus far, and is grateful to have played with a number of players at Bath for such a prolonged period.

“No one would have seen it happening at the start of the year, two second-year Academy kids!” says Ellis, reflecting on him and captain Charlie Ewels coming on as replacements against Glasgow.

“There have been some big performances throughout my time getting to 100 and there will always be those performances.

“I’m fortunate to have spent many years with quite a few of the same people. Rhys Priestland was a new signing in my second year. JJ and Anthony came at a similar time, Henry Thomas too. Those guys have been around the place for a long period of time. Ross Batty was always here, Nathan Catt, Dave Attwood, Francois Louw… there are a few boys there who I’ve enjoyed playing with, learning from and who have now become mates.” 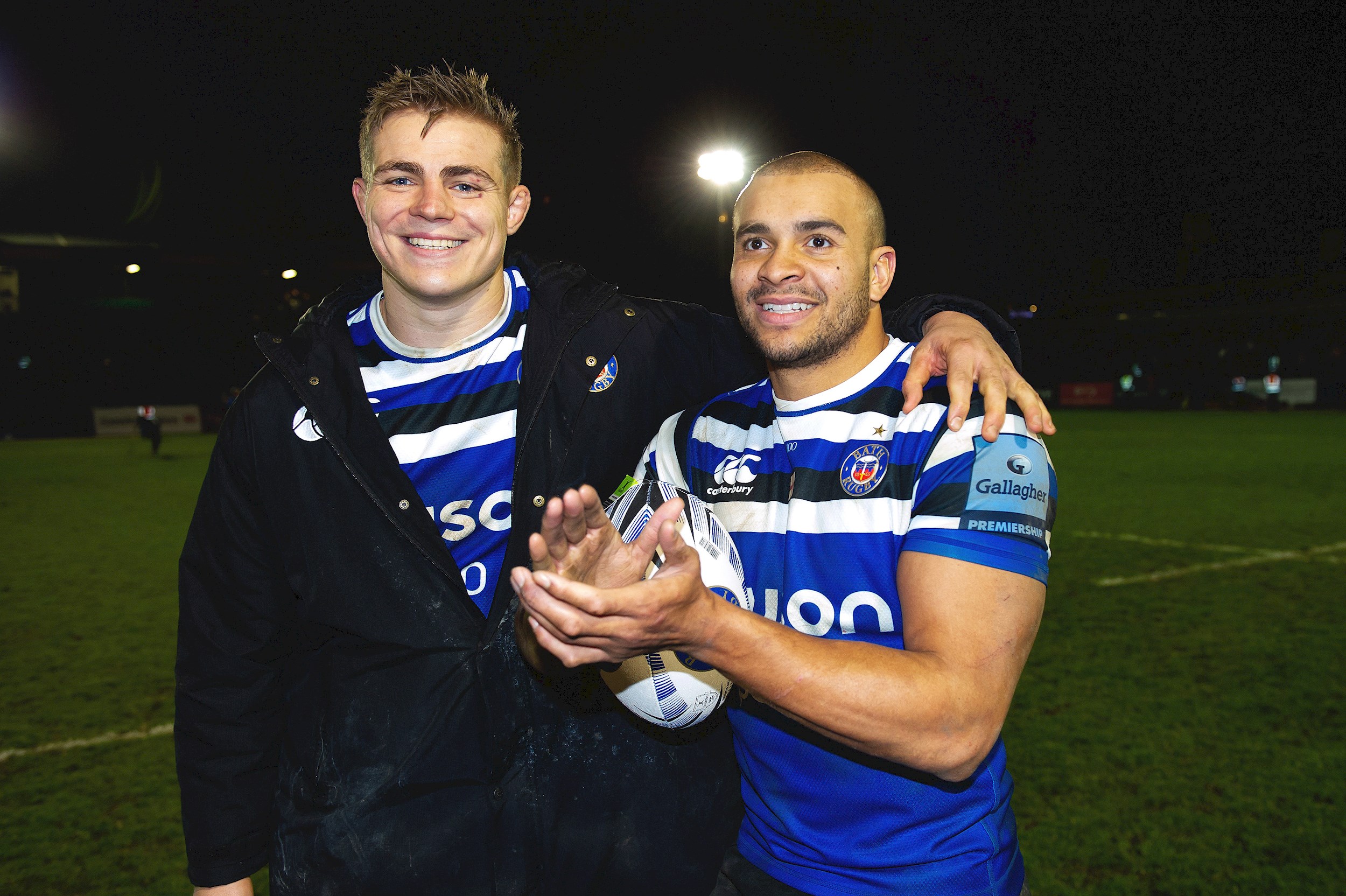 Ellis’ journey has not always been plain sailing, with injuries sustained over his seven years as a professional.

He has been fortunate to have a fantastic support network through the hard times and now wants to give back to the younger players at the club to aid their development.

“In my career so far, I’ve had some decent highs, and some decent lows, mainly through injury, and I’m very grateful to the club for keeping the faith and looking after me through those times.

“My fiancé, Grace, my mum and dad have always been there and I’ve always had them to fall back on. Friends sometimes appreciate what you’re going through a little bit more as they’re a lot closer to the rugby environment so that’s been really important.

“The club is really good at looking after people through difficult times and in the difficult moments.

"We have Joe Dixon (Sports Performance Psychologist) in at the moment who is always there as a sounding board for how you’re feeling. I’ve leant on the medical department a lot through difficult times; those guys are amazing. They have never got too much on, they’ve always got time for you which has been great.”

Ellis continued: “There have been some big names throughout my time so far at the club who have always been very good with younger guys. Now I’m in a position of 100 games I want to be looking at the likes of Ethan, Ewan and the other younger guys and giving them a helping hand.

“I quite enjoy my coaching. The times I enjoy coaching the most are when people are receptive and people want to get better. Of course you’re going to get that from people in this environment. I do enjoy that. I look back to my first few years at the club and the likes of Hoops and Dave Attwood massively helped me and Charlie. It’s just little snippets of information which they gave that I really appreciated and I think it’s really important.”

Ellis was able to achieve his 100th Bath outing in front of his fiancé Grace and daughter Bella. It was the first time the latter has watched the former Millfield School student in action - something he will never forget.

“It was very surreal after the game going to see Bella; I haven’t seen her directly after a game before so it was quite cool to do that.