Here is who Bath Rugby's Argentinian prop Lucas Noguera has picked in his all-time Dream Team.

His passion and aggression on the field earned him the nickname "El Toro" (The Bull). The 35-year-old spent 11 years at Leicester Tigers, racking up over 200 appearances. He also won 66 caps for Argentina from 2004-2017.

Mealamu was a key member of 2011 and 2015 Rugby World Cup winning teams, becoming one of only twenty dual Rugby Union World Cup winners. He became the third All Black to reach 100 test appearances.

A mobile, powerful tight-head prop, Owen Franks has won 95 caps for New Zealand and is a double World Cup winner. He has made 141 appearances for Super Rugby outfit Crusaders, where his impressive strength and scrummaging technique has helped establish them as one of the most formidable scrums in the competition.

An exciting attacking option and imposing force in the lineout, Brodie Retallick is one of the best second rowers in the game today. He has 68 caps for the All Blacks to date and was part of the 2015 World Cup winning side.

An Argentine flanker with almost 50 caps for his country, Matera was deemed one of the world rugby’s most exciting prospects when he joined Leicester Tigers as a 19-year-old. Four years later, he is now fulfilling the potential that as one of the Pumas’ standout players. His two-year spell at Welford Road ended with him returning to his homeland to join Jaguares – who he now captains.

A No.8 of great ability, the 6ft 5in Sergio Parisse is not the heftiest player to occupy the back of the scrum at 17st 5lb, but his positional sense in the line-out and flair for getting across the gainline have marked him out as an outstanding player both for club and country. Since making his international debut in 2005, Parisse has won 134 caps for Italy to date, scoring 78 points.

One of the best halfbacks in the modern game, Aaron Smith ignites backlines with his crisp passes, widely regarding as one of the best in world rugby, while reinforcing defensive lines with a crunching tackle. He currently has 71 caps for New Zealand, and was part of the World Cup winning squad in 2015.

A legend of the game, New Zealand fly-half Carter is regarded as one of the greatest of all-time. He has featured 112 times for the All Blacks, scoring 1598 test points. He is the all-time leading points scorer in both Super Rugby and international rugby. Carter was also awarded World Rugby Player of The Year on three occasions: 2005, 2012 and 2015.

A long-time contributor to Australian rugby, Mitchell was one of the Wallabies finest finishers. He brought pace to the flanks and became Australia’s leading Rugby World Cup try-scorer after doubles against Uruguay and Scotland with 34 tries and 170 career points to his name.

One of the most crucial players for both club and country, Farrell has continually impressed the rugby world with his goal-kicking and game management prowess. He has amassed over 150 appearances for Saracens, over 50 caps for England and in 2013 became a British and Irish Lion for the first time, replicating the feat again on the 2017 tour.

O’Driscoll is regarded by critics as one of the greatest rugby players of all time. He captained Ireland from 2003 until 2012, and captained the British and Irish Lions for their 2005 tour of New Zealand. He is the second most-capped player in rugby union history, having played 133 test matches for Ireland and features in four British and Irish Lions Tours. His 46 tries for Ireland make him the highest try scorer of all time in Irish Rugby. He was inducted into the World Rugby Hall of Fame on 17 November 2016.

An Argentine fullback who has featured on both the sevens circuit and international stage for the Pumas. He has won 20 caps since making his debut in 2011, scoring 55 points. 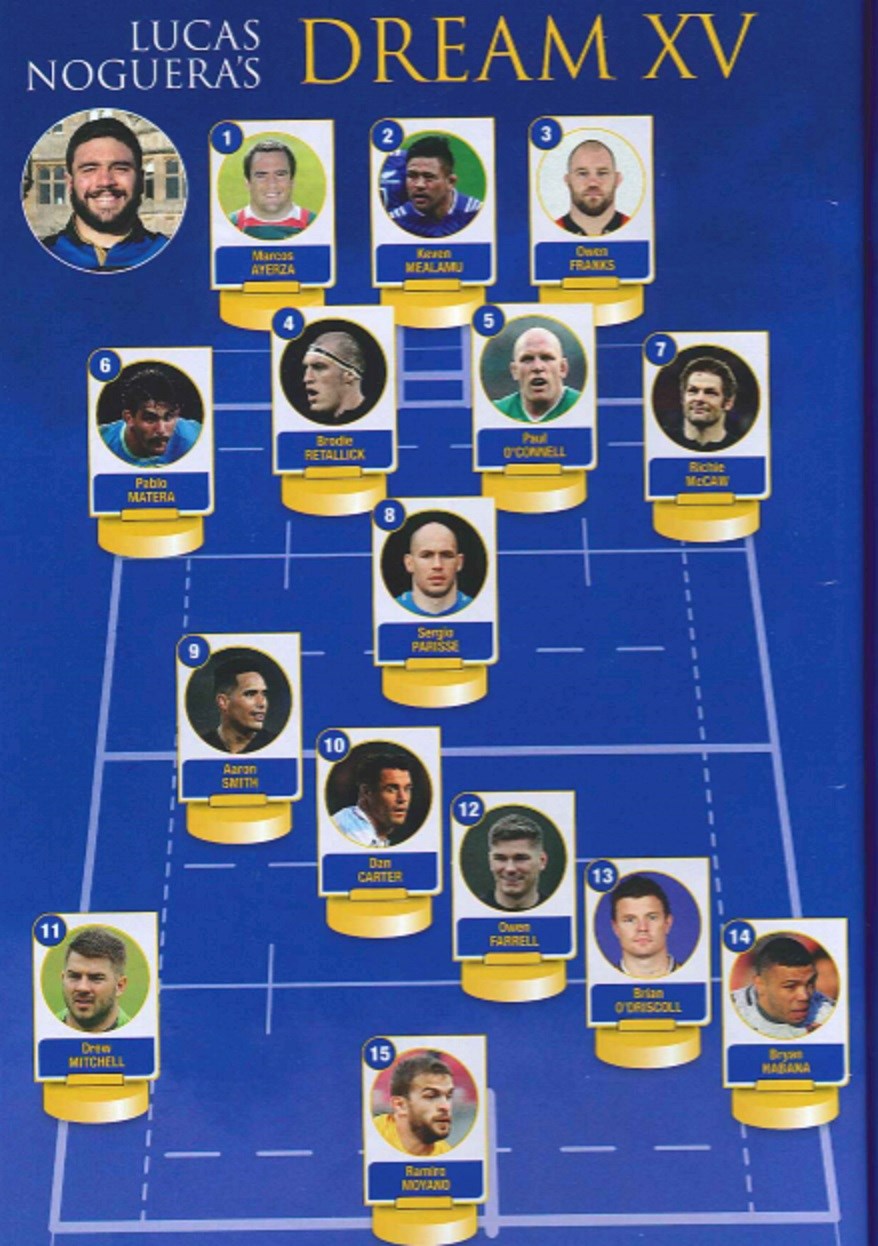