This is who Bath Rugby prop Henry Thomas has picked in his Dream Team. The team is made up of players Henry has either played with or against.

One of the most destructive front row props in world rugby, Sheridan made 40 appearances for England and featured in both the 2005 and 2009 British and Irish Lions Tours. Standing at 6ft 5in, Sheridan was unusually tall for a prop, but his sheer power and aggression made him one of the most feared.

Taylor made 106 appearances for Sale Sharks before joining Wasps ahead of the 2016/17 season. The 26-year-old hooker has earned international recognition, having featuring in England’s games against the Barbarians in 2014 and 2015 before earning his first cap against Wales in 2016.

Wihongi is a former Sale Sharks prop and has gained a reputation for his powerful scrummaging. He has been at current club Castres since 2011 and has made 80 appearances for the Top 14 side.

Launchbury has over 50 caps for England and is the current Wasps captain. He led them to the Aviva Premiership final in 2016/17 and a semi-final in 2017/18. A versatile forward who is equally comfortable in the second-row and the back-row, Launchbury looks set to be an international mainstay for years to come.

Charteris joined Bath Rugby from Racing 92 ahead of the 2016/17 season. The imposing second row made his international debut against South Africa in 2004, going on to win over 70 Welsh caps (including an impressive showing at the 2015 World Cup). Renowned for his skillful line-out work and athleticism around the field, the lock made over 140 appearances for Newport Gwent Dragons before moving to France in 2012.

Capped by Wales on 23 occasions and part of the 2009 British and Irish Lions tour to South Africa, the Welsh flanker had spells with Cardiff Blues, Wasps, Leicester Tigers, and Sale Sharks during his career.

Originally from Cape Town, Springbok Louw joined Bath Rugby in 2011. The hard-hitting flanker is highly regarded for his defensive skill, and is an influential presence in the back row who can not only create havoc at the breakdown, but is also skillful and quick in attack. Louw has made over 50 Test appearances for South Africa since his debut against Wales in 2010, scoring eight tries.

Faletau joined Bath Rugby for the start of the 2016/17 season. He has made 66 international appearances, during which time he has reached a Rugby World Cup semi-final and quarter-final, won three Six Nations Championship titles (including two Grand Slams) and a British and Irish Lions Test Series victory in Australia. Faletau is one of the most exciting back row players in the world game.

Peel won 76 caps for Wales during his career, and featured for the British and Irish Lions in New Zealand back in 2005. He spent six seasons at Sale Sharks, making over 100 appearances for the Premiership outfit.

Fly-half Charlie Hodgson is the Premiership's record points scorer with 2,623 and has also experienced success on the international circuit with England. With his strong kicking game and reliable accuracy, he went on to win 38 caps for England, scoring over 200 points. Hodgson won the Premiership with Sale in 2006, where he made over 100 appearances before joining Saracens in 2011.

Cueto is Sale Sharks through and through, having spent the whole of his club career at the Premiership side. He made 303 appearances for Sale, as well as earning 55 caps with England, scoring 100 points for his country. Cueto is currently the second highest try scorer in the Premiership with 90.

Born in Auckland, New Zealand, Tuitupou is a destructive inside centre with a reputation for huge hits. He played nine times for the All Blacks and made over 100 appearances for Sale Sharks from 2011 to 2017.

Joseph joined Bath Rugby in 2013 from London Irish and has made close to a century of appearances for the Club. A proven try-scorer in the Premiership, Joseph will look to continue his fine form in the Blue, Black and White surrounded by his similarly attack-minded teammates. He has 40 England caps and featured for the British and Irish Lions in their 2017 tour to New Zealand.

Rokoduguni signed a full-time contract with Bath Rugby for the 2012/13 season. A Lance Corporal and reconnaissance tank soldier of the Royal Scots Dragoon Guards in the British Army, he was one of the breakthrough stars of 2013/14, scoring several crowd-pleasing tries in his first full season of professional rugby. He gained his first full England cap against the All Blacks at Twickenham in 2014. A fan favourite with devastating quick feet and an eye for the whitewash.

A talented fullback with an excellent kicking game who can also operate on the wing, Cameron Shepherd, when fully fit, was considered one of the most dangerous attacking players in Australian rugby. He featured nine times for the Wallabies and spent a single season at Sale Sharks. 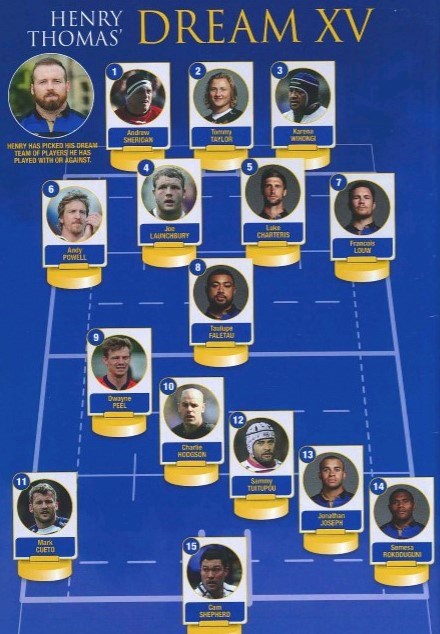