I take a huge amount of pride in scrummaging - Judge

It’s Friday night at the Crowne Plaza in Newcastle ahead of Bath Rugby’s Round 13 Gallagher Premiership match at Kingston Park.

Bristol Bears vs Wasps is on the big screen in the team room. Both packs are preparing to engage following instruction from referee Karl Dickson. Crouch… bind… set…

A blast of the official followed a split second after self-confessed scrum nerd Christian Judge raised the infringement. Backs Ben Spencer and Max Clark were unmoved.

For most, the call wouldn’t have been obvious, but for someone who takes as much satisfaction in their trade as Judge, it was an instant spot.

“I’m a tighthead prop who takes a huge amount of pride in my scrummaging,” he said.

“I want to go out there, do some damage and do right by my teammates.” 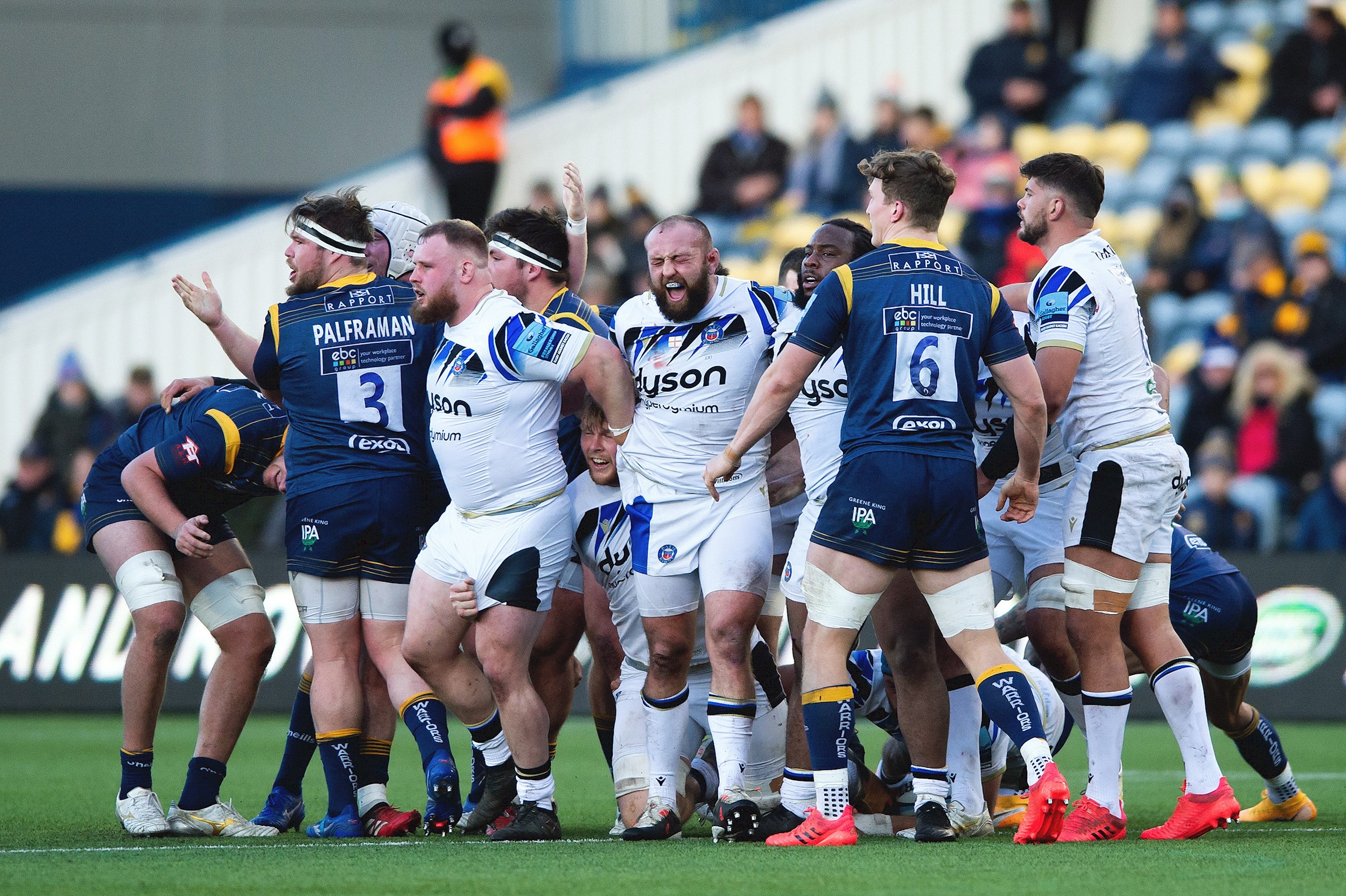 The next day, Judge entered the field as a replacement just short of the hour mark. Almost immediately he was packing down.

Loud roars of appreciation rang from the Bath backfield and dugout as the 28-year-old, hooker Jack Walker and loosehead Juan Schoeman bullied Newcastle Falcons’ front row to earn a penalty.

“We’re a scrum that prides ourselves on being an aggressive scrum,” Judge insisted.

“Set piece is something we really pride ourselves on. If you look at the past 18 months, our scrum and maul in particular have been areas of the game which have given the team a lot of energy. It’s really helped us out.

“We were fortunate to have a good scrum (against Newcastle), get a penalty and then off the back of it we scored a try. That’s what genuinely makes the difference; a scrum that is competitive and aggressive can genuinely win you games and that’s why you have to spend all those hours practicing, playing and reviewing as it can be that weapon.”

The intricacies and dark arts of the front row weren’t necessarily something that came natural to Judge, given his move to the number three jersey didn’t arrive until he was 18-years-old at the University of York.

He headed into his first year as a flanker and due to the high number of back rowers at their disposal, York suggested a switch to prop – a position he had only played once for 10 minutes in a Colts match for Launceston.

Three years at tighthead created a newfound love for a different aspect of rugby, though the knowledge wasn’t quite there.

“To be honest, from 18-21 at university I did not have a clue about scrums,” Judge admitted.

“The level I played was refereed by other students and it was Sunday League-style. Scrummaging for penalties wasn’t really a thing and wasn’t something I understood as a weapon. I spent most of my first two years at university trying to get back into the back row rather than playing tighthead prop! From the day I said I would do it I haven’t played back row since so it was obviously my calling!

“I had no real technical understanding of scrums and it wasn’t something that was coached to us at that age. My first understanding of scrummaging and how it can be used as a genuine weapon was when I started playing in National Two for Cornish All Blacks. Naturally I was quite strong, I wasn’t massive but I was reasonably big for my age and I got some very basic technical advice.

“All I really did was get my head down and push but as games were going by we started to win more and more scrum penalties and the coach kept saying I was doing a good job. I genuinely didn’t know what I was doing; I was just pushing hard! That’s kind of where it started.” 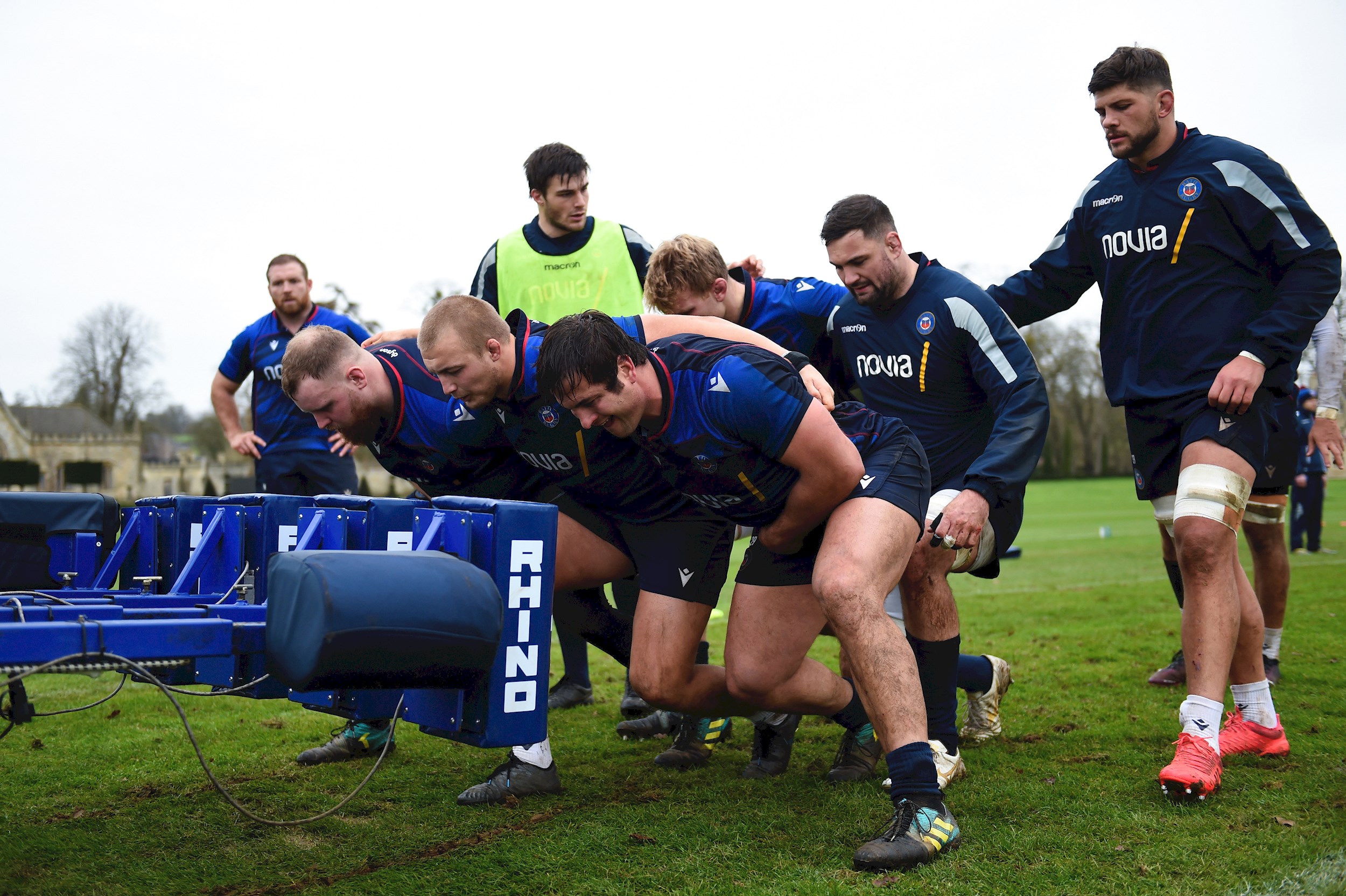 From there, Judge progressed up the pyramid. First to Plymouth Albion in National One; then to the Championship with Bedford Blues and Cornish Pirates, and finally the Premiership with Saracens and Bath Rugby.

With the job description proving personal, Judge spends many an hour scrutinising the detail of his own scrummaging as well as upcoming opponents.

The aspects put under the microscope may not be clear to the modern eye, but the ex-Championship stalwart is particular with what he looks for and how to counteract certain styles.

“When you preview other teams, a lot of it is looking at the ways their main looseheads will scrum. Everyone is meant to push square but not everybody does!

“It’s being aware of whether someone is going to go hard at an angle or try and step round or go early… it’s things like that and you look for the unique things about the opposition which they may try. As a tighthead prop, if you don’t stay square and someone is coming in hard on an angle, you’re going to set yourself up for a tough day at the office.

“It’s about doing what you’re supposed to do but being hyper-aware and very concentrated. I often think a lot of aspects of scrummaging are imposing yourself and doing what you want to do. A lot of it is in the moment because all it takes is a second lapse of concentration for it to go wrong as there are a lot of people pushing in different directions. If you let off for one second, you can very easily find yourself in a spot of bother. If you’re having a really good day at the office, winning a lot of penalties, you’re giving your team a lot of momentum and a big increase of energy.”

Many players – at grassroots level and professional – would endeavour to provide that momentum with a sensational try or piece of skill. Judge’s ideal situation is certainly more job focused.

“The absolute holy grail of scrum penalties is pushing someone back over their line and getting a penalty try – I’d take that over a 40-yard run in any day!

“It’s a front row try! You can’t do it without the back five; you need them, and they do deserve credit, but the front row are putting their names on that every single day of the week because that’s what we live for!”