Bath are helping me get the best out of myself - Redpath

In another universe, things could have looked pretty different for Cam Redpath.

As a youngster, the 21-year-old was on the books of West Bromwich Albion Football Club’s Academy as a central midfielder and trained twice a week with the Baggies hoping for a run out on a Saturday.

Going professional in the sport never particularly crossed his mind with enjoyment the main focus.

“I was just an engine that used to run in the middle and I was pretty physical as well!” Redpath recalled.

“I was there when I was about 11 or 12 and it was really enjoyable. it just felt like training and I didn’t think it was that big a deal. I never thought I was going to end up as a professional footballer as I probably wasn’t good enough!

“I actually carried on playing football until I was about 16 as I played rugby at school and football outside of school because I enjoyed it. I just wanted to do things I enjoyed. I loved doing all these different sports as a kid and that helped me develop in a sense.

“In the end, I quit West Brom to play rugby for the school I was at; I liked football but if I had to pick, rugby was going to top it. I enjoyed it while it lasted but I wasn’t committed enough for football and I love my rugby so I wouldn’t change it for the world.” 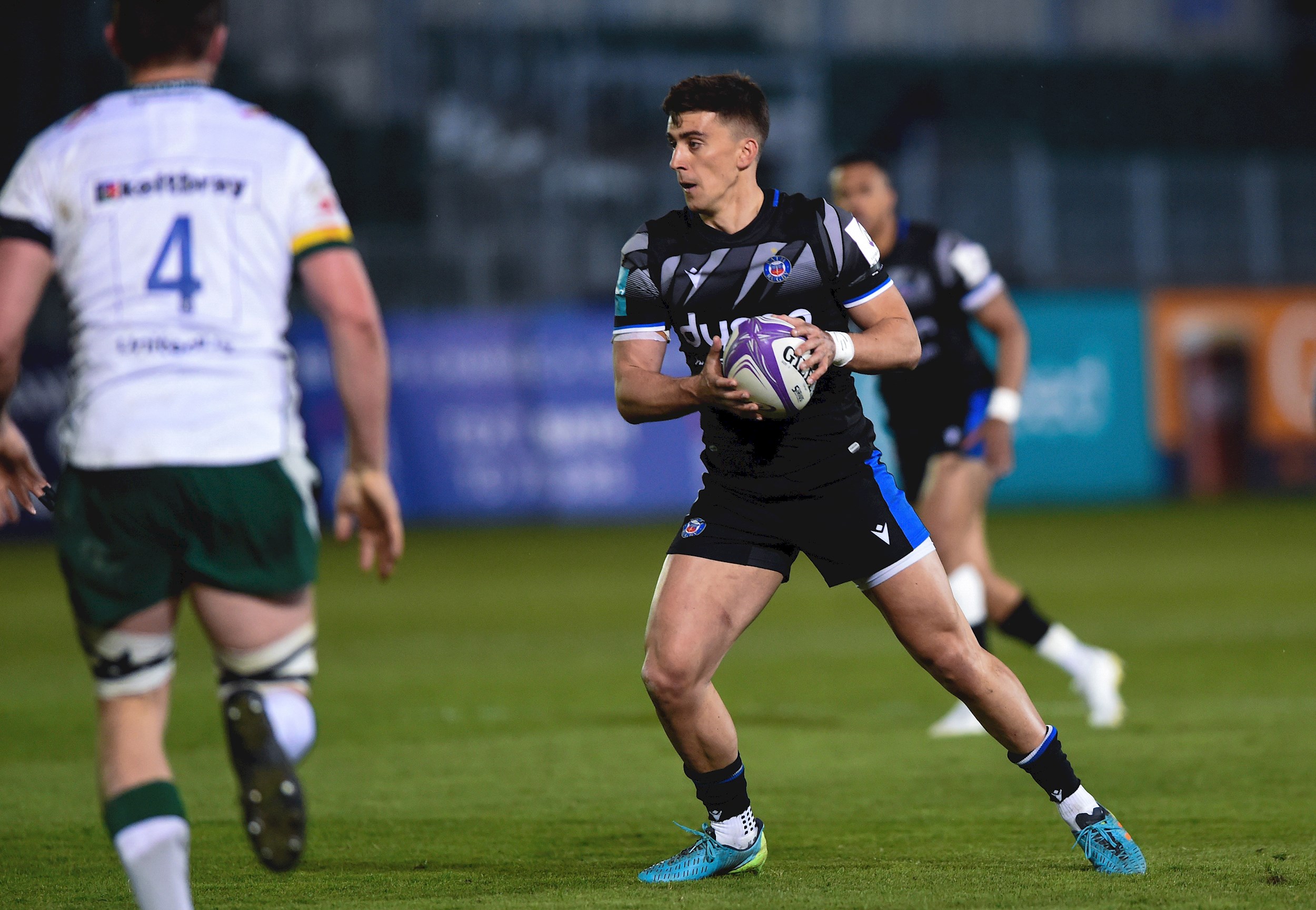 Alongside a childhood of football and rugby, Redpath dabbled in cricket, hockey and athletics – representing Cheshire at the nationals in the latter, running the 400 and 800 metres.

Being exposed to a host of sports has shaped him into the all-round, talented rugby player he is today and that is what caught the eye of Scotland head coach Gregor Townsend who selected Redpath in his 2021 Guinness Six Nations squad.

Having been born in France to Scottish parents – his father, Bryan, representing Scotland 60 times – but spending the majority of his childhood in England as well as playing age-grade level for them, Redpath seemingly had a tough decision on his hands when he received Townsend’s call. Not in his eyes as he accepted the invitation pretty swiftly.

“I never really made it about England-Scotland,” he said.

“I tried to make it about where I would enjoy myself, what I was thinking and feeling at that moment and that’s what my decision was made on.

"It wasn’t based on England this or Scotland that… it was about where I would benefit from at that moment and in the long run. It wasn’t really too hard in the moment.”

Redpath’s hard work earned him a first opportunity at senior international level in Round 1, ironically against England. He was one of their star performers on a historic afternoon for Scotland who recorded their first win at Twickenham since 1983.

“It was pretty cool; it was nice to get my debut,” Redpath said.

“I didn’t expect it to happen there and to get the win we had was even better. I was really happy and it was nice to play against a couple of familiar faces with the boys here who were playing for England.

“I just wanted to play well against England and hopefully that helped in the win. It’s weird to think it could have been the other way around, but I made my decision and I’m happy with it.” 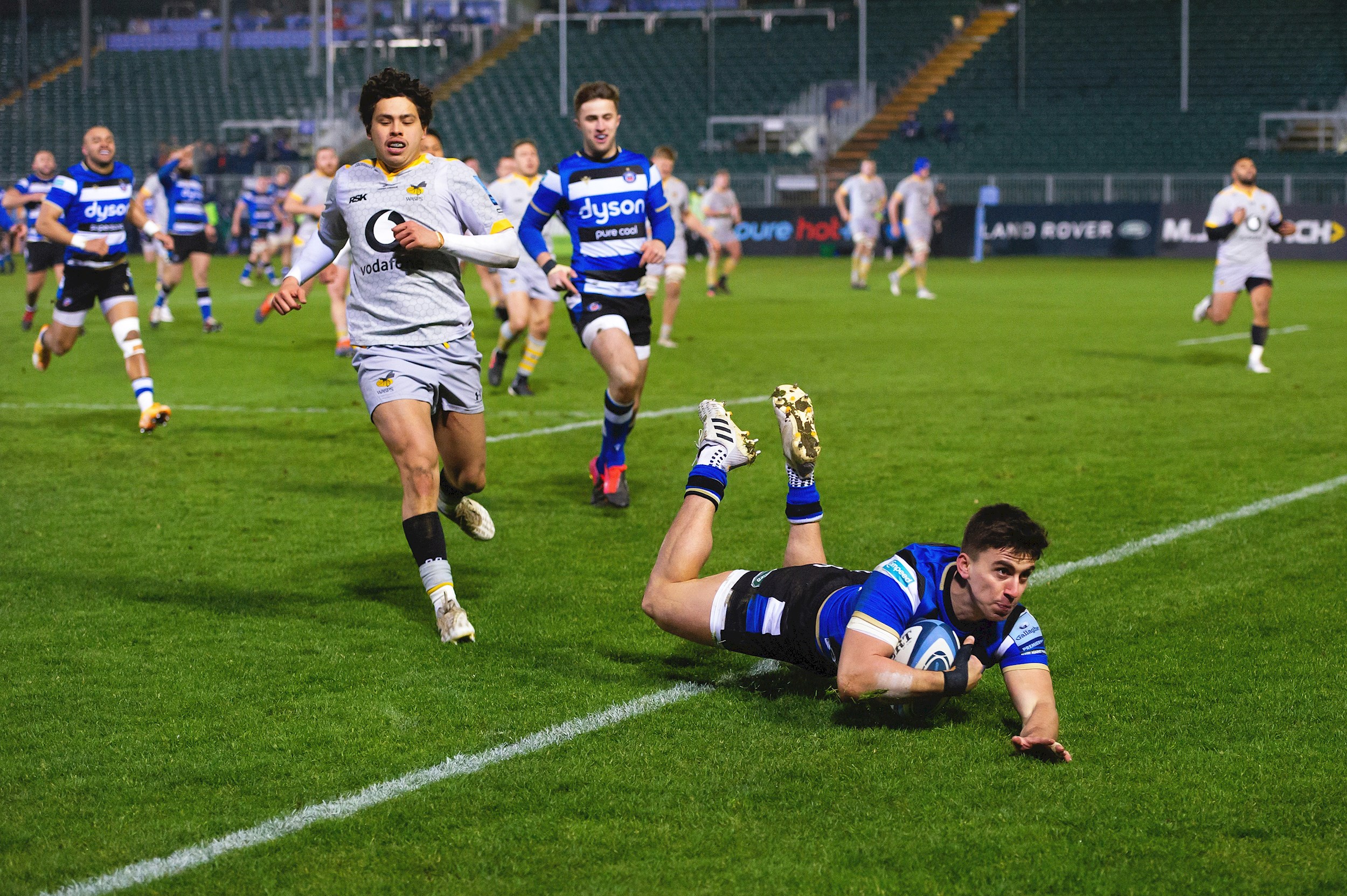 A year earlier, Redpath had a more difficult decision to make in his club career. The centre was at Sale Sharks, his childhood team, but was struggling to express himself and maximise his full potential.

An opening to move to Bath Rugby came forward and he grasped the chance to head south for a new challenge which he feels has reignited his game.

“It was a tough decision but it was needed,” he explained.

“At 21, I didn’t expect to be at another club and considering I made my debut at 17, I thought I was going to be in it for the long run. Along the way I picked up a couple of injuries and I wasn’t really finding form and for it wasn’t clicking and I needed that fresh start.

“I needed to get into a new environment with new people and just try and push on with my rugby. It was a weird one because it was all mid-season. I was expecting it to be the end of the season, but Dimes (former Sale Director of Rugby Steve Diamond) said if there was an opportunity then there was nothing holding me back to go then.

“It all came really quickly. I remember meeting Bath in late January and by mid-February I was there. I’m really happy I made the decision and I’m loving it here, but it was a hard one because Sale was my club from the age of 14-20.”

Mid-season transfers are an anomaly in rugby. Redpath took to the challenge like a duck to water, aided by the welcoming Bath staff, coaches and players, in particular Stuart Hooper.

“Hoops was the main guy I talked to at that point,” he said.

“I was staying at Farleigh when I moved here and he was just really good and helpful and said ‘just get stuck in and we’ll help you’. I had a few issues with my knee when I first came and the physios here were like ‘right, we’ll get that sorted and once that is sorted we know you then’.

“Everyone made it so easy, and Hoops made me feel really welcome which was nice. Everyone here wants the best for the squad, and everyone wants whoever is playing to play well so they push each other and that’s what I really like about it.”

Redpath has flourished in his 17 Bath appearances to date since swapping the North West for the South West.

Feeling relaxed and being afforded a license to be inventive, his performances in Blue, Black and White have been exciting with supporters enjoying what they have seen.

He said: “I’ve come to Bath and just been myself and I’ve not held anything back. I was probably trying to force it a bit too much at Sale.

“Everyone here at the club has allowed me to be myself and that’s so comfortable and makes me so confident in my own ability so anything I can do then to help the team out is a given.

“I’m someone who enjoys the moment and if I feel a bit pressured or stressed then I probably wouldn’t be myself. I’m allowed to express myself here and try things to an extent without getting a telling off which is nice! They want to develop me and if you do something too wrong then they will tell you which is what I want. I’m loving the way that it is.

“I feel like a lot of things I needed to work I’ve picked up and I’ve worked on them. I’ve still got a lot to give and I’m still very early on in my career and I’ve got a lot more I can do. I’m just working hard with the coaches and the players; there are some talented players who I am learning off and they are helping me get the best out of myself.”