Obano extends time at the Rec

Beno Obano admits the past six months of rehabilitation haven’t been ‘ideal’, but he is relishing his return to Bath Rugby action after re-signing with the Blue, Black and White.

The loosehead prop’s season has been hampered by a serious knee injury sustained in October and he has been working incredibly hard with the club’s S&C and medical staff to regain his fitness.

A Bath centurion, having Obano back involved will prove a great boost to everyone connected with Bath and the powerful England forward is eager to make a valuable contribution in the years to come.

“It hasn’t been an ideal period for me, but I’m fortunate to have support from a lot of good people at the club,” he said.

“I came through the Academy with several of boys who are still in the squad and I’m really proud of the journey we have all been on together.

“This season hasn’t gone the way we as a group, and me as an individual, would have wanted but looking ahead to the future, there is a lot to be positive about.

"I feel grateful to be at Bath and I can’t wait to make an impact on the pitch again as soon as possible.” 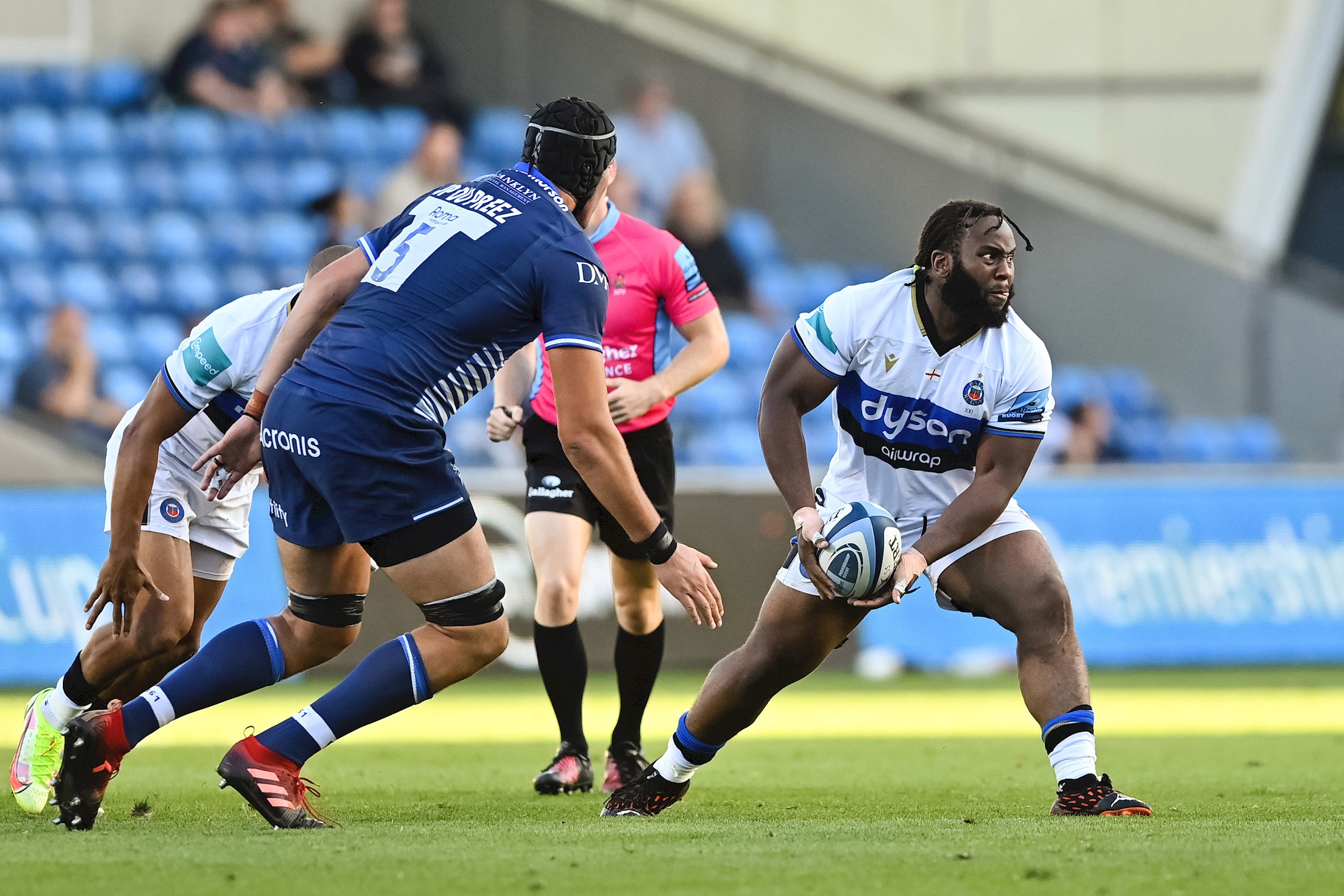 Head Coach Neal Hatley has worked with Obano at club and international level for the past eight years and fully understands the value the 27-year-old adds to the squad.

He said: “Beno has had to overcome some significant injuries during his career to date but his determination to succeed upon his return each time proves the type of character he is.

“He is an extremely influential person in our squad on and off the field, and there is no doubt he will add power and experience to our forward pack over the next few seasons.

“For a loosehead prop, he is still young, and his best years are ahead of him at club and international level. We are looking forward to having him back on the field, achieving great things.”