In 1941, the United States’ longest-serving First Lady, Eleanor Roosevelt, wrote in her ‘My Day’ newspaper column:

“People grow through experience if they meet life honestly and courageously. This is how character is built and young people recognise this ability to grow in those with whom they come in contact.”

Eighty years later, that statement rings true in one of Bath Rugby’s own, Beno Obano. 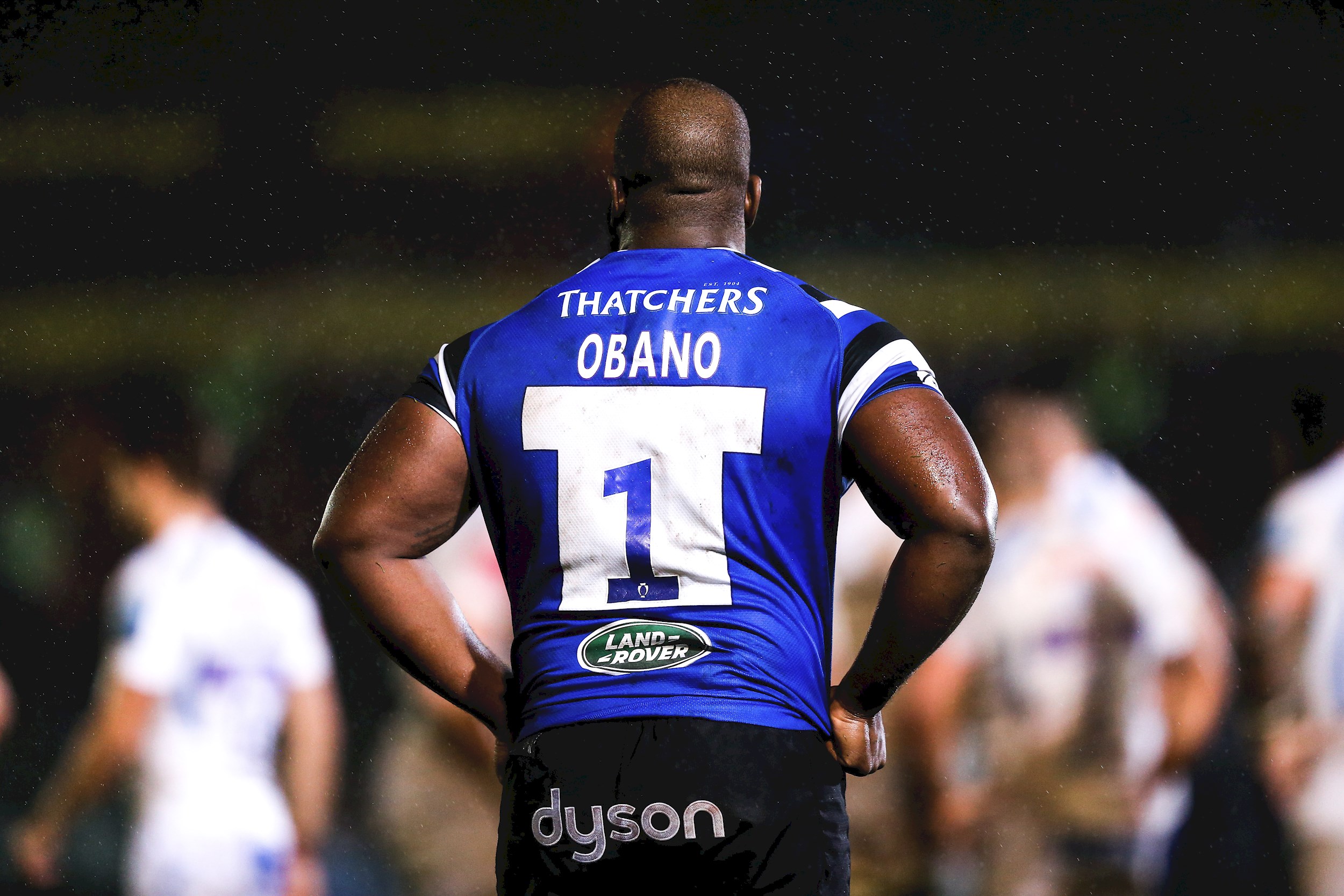 Born and raised in south east London, the 26-year-old has been shaped by the path he has walked, the people he has met, the environments he has been in and around and his profession of now seven years.

Trials at Fulham and Charlton Athletic Football Clubs came in his youth. Interest in politics, music and fashion came shortly after. Education at London Oratory School introduced him to rugby which resulted in an earned scholarship at Dulwich College. Rugby has then allowed the Londoner to come face to face with different characters all over the world.

It’s these experiences that have helped Obano develop a creative license which has in turn allowed him to achieve on and off the rugby field – as showcased by the accomplishment of winning his first England cap and his Amazon Prime film ‘Everybody’s Game’.

“It’s weird as I would never have put that (creative) label on myself until after (the documentary),” Obano said.

“Then I look at the way I dress, the music I listen to and I guess it all comes into one. I guess I’m a little bit creative.

“I’ve been able to experience the world in quite a weird way and have had experiences that people where I’m from don’t have.

“When you mix those experiences together, the way you view things is that little bit different and that makes you want to do things slightly differently and helps you be creative.”

He continued: “You meet people that have had loads of different experiences from different walks of life. I think that helps tailor your experience and perspective on things; it just means you see the world in a slightly different way to how other people might do.

“It’s not just sport that does that; anything can. You have to bear in mind that if I was brought up in a rugby family, played rugby and followed rugby, I probably wouldn’t be any different to my friends who would have similar experiences. Say you were brought up in a rugby family but played snooker for a living, and then listened to country music, it’s those little experiences that make up the person you are and that makes you creative.”

Obano’s artistic personality has seen him thrive since arriving at the Rec in 2014. Initially, he was brought in for an A League match before being challenged to a pre-season in Somerset.

Challenge accepted. Challenge achieved. The loosehead prop was rewarded for his efforts with an Academy contract, debuting in the Anglo Welsh Cup before a couple of 2014/15 Premiership outings.

A season later, Obano was given his longest opportunity to shine yet – coming on as an early replacement against Worcester Warriors – and he found a now familiar voice behind him at scrum time who brought the best out of him in a battle of attrition at Sixways.

“My first few games were when Hoops was captain of Bath,” Obano recalled.

“There was one game against Worcester where I pretty much learned how to scrummage and he was the second row behind me. Nick Auterac was starting, and I went into the tunnel, came back out and he was down; this was in the first 10 minutes of the game. He comes off and I hadn’t really played a lot and it was like: ‘here you go, Bens, here’s 70 minutes in the Premiership – good luck!’.

“I was up against James Johnston and Nick Schonert who are decent props! That was big. Hoops kept talking to me and by the end of the game, I knew how to scrummage! That was a big moment in my career. He was quite demanding and probably got the best out of me that day.”

And how does his Director of Rugby get the best out of him six years on?

“Now he doesn’t have to do that as much. Now I know how to get the best out of me… well, at least I hope so.” 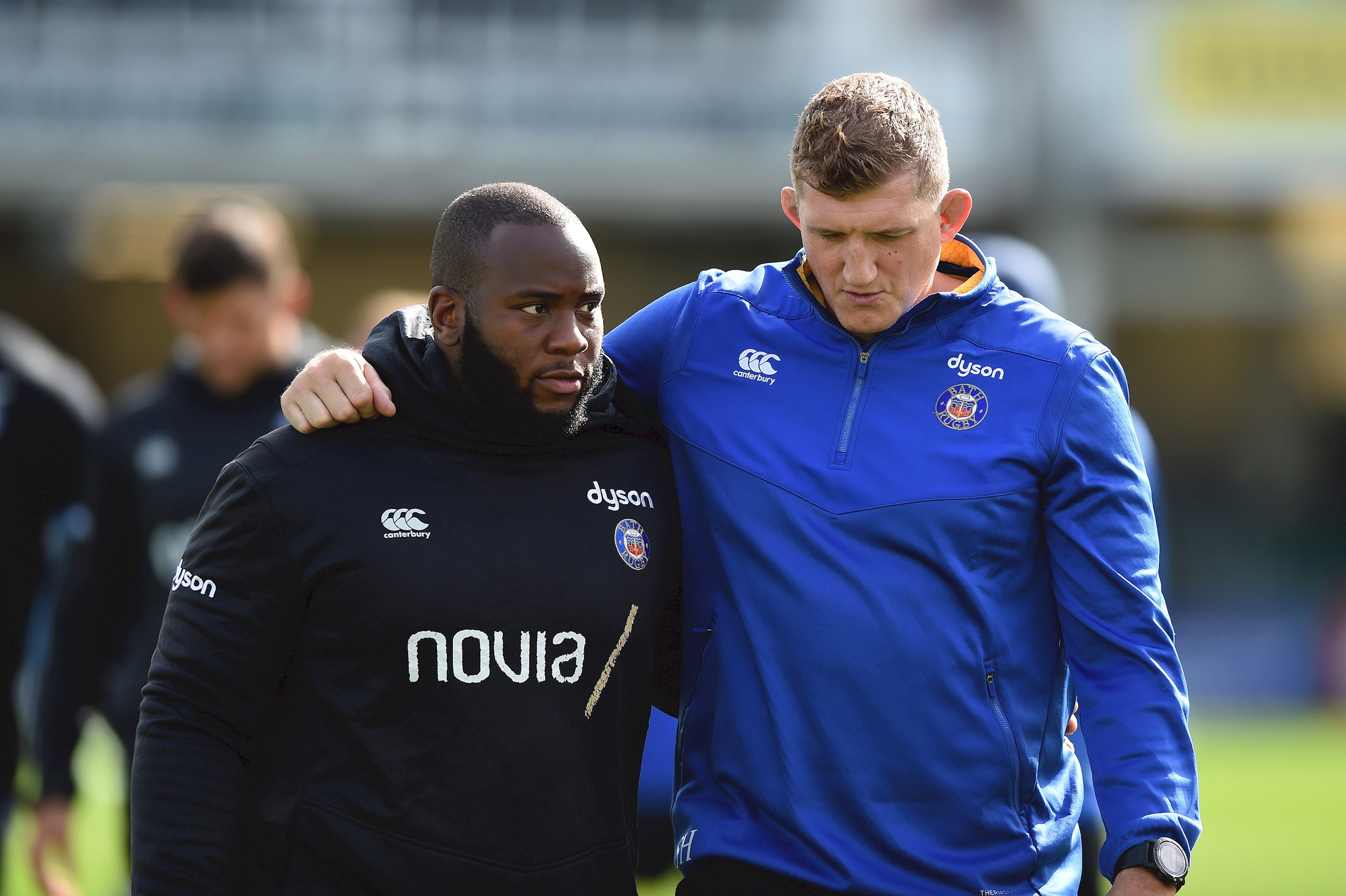 Obano’s experience that day has stayed with him and his stature on the field has grown with each performance in Blue, Black and White.

He will become a Bath Rugby centurion when he runs out on to the field in the Challenge Cup Round of 16 clash with Zebre on Good Friday – another incredible triumph in a year of rugby highs.

His landmark day will be shared with many players who he has forged strong bonds with over a longer period of time and his ultimate goal would be to win something with those friends, gaining an experience that would live long in the memory.

“I’ve grown to love it here,” Obano said ahead of his 100th Bath game.

“It’s become part of my identity, part of my person over the years. That’s what the club has done for me. I’m proud because it’s quite a big club; I’m proud to play for Bath Rugby.

“I always feel grateful to have the opportunity to play rugby for a living. I just try and take every opportunity given to me whether that be game day or training. I try to put the most into it to get the most out of it.

“When you just remember where it all begun, you’re just grateful for today and you just try and make the most out of the opportunity.”

Obano concluded: “I came through the Academy with Tommy Ellis, Charlie Ewels, Tom Dunn, Zach Mercer, Darren Atkins, Max Clark… we’re all like one or two years around each other.

“Winning (the Challenge Cup) with the guys I came through the Academy with would be special, and Anthony and JJ who I lived with and were here when I arrived. When you spend a lot of time with people over the years, winning something with that core group of players would be exciting.

“Hopefully if I ever depart the West Country, we’ve won something and the group we have together can be proud of something we’ve done together.”