Bath Rugby Women headed to the Isle of Wight on Saturday for their second Sevens tournament of the summer – the South Island Sevens.

The team were met by glorious sunshine just off the south coast, an enjoyable setting for players such as Bath RFC Ladies’ Hannah Meek and Liv Taylor making their first outings for the side.

The first round saw the girls face Jesters who started strong getting the first points on the board. Welsh sprinter Nia Grundy was soon to react with a try of her own which was nicely converted by fly-half Anya Small.

Taylor scored her first Sevens try of her career which she also converted herself, taking the score to 14-5 going into half-time. Last week’s player of the tournament Megan Barwick scored as the teams came back out and Bath secured a 21-10 despite a late Jesters consolation. 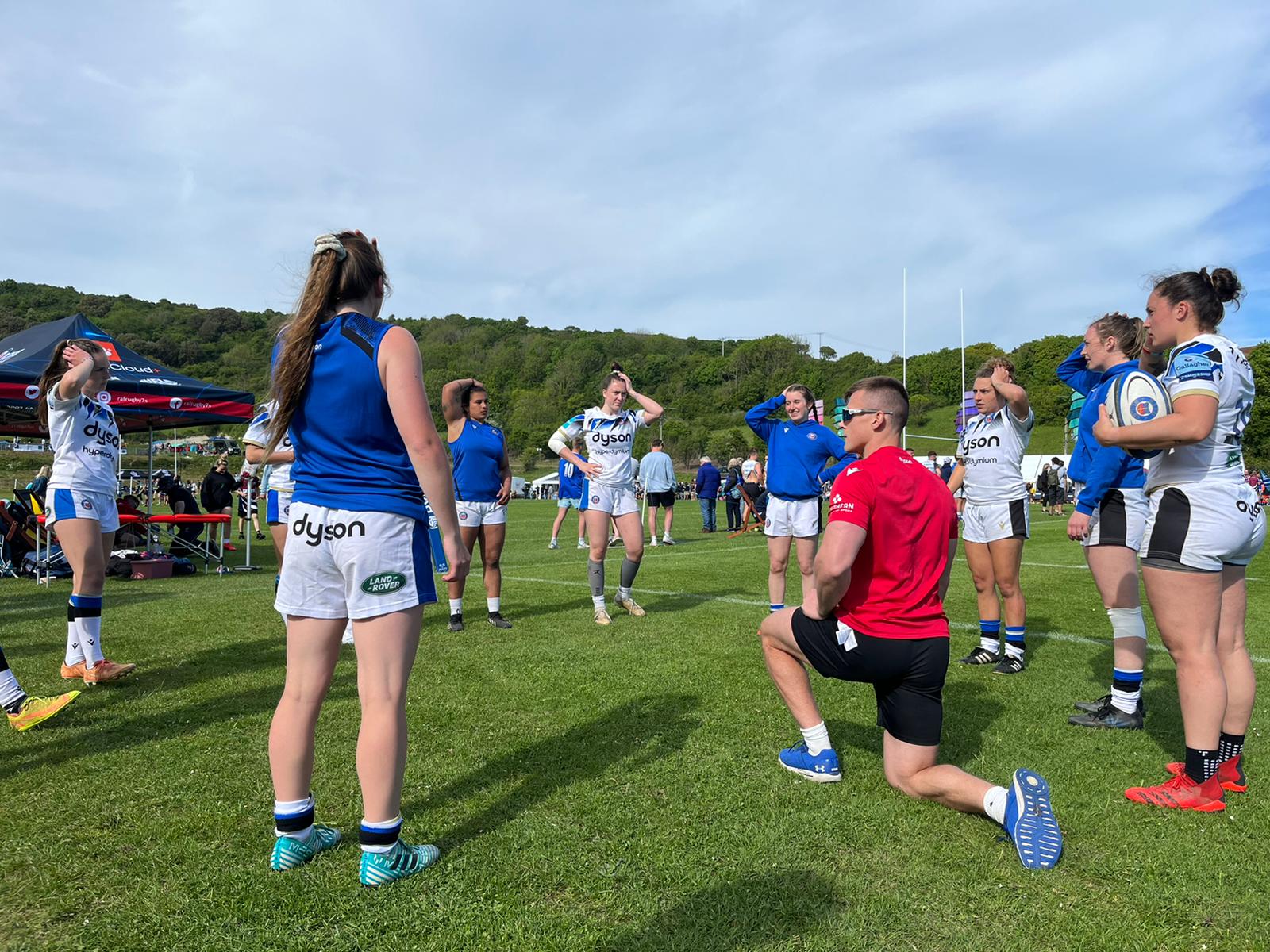 In the second round, the Blue, Black and White faced Lionesses. Off the back of beating them 17-12 in last week’s Newbury tournament, Bath were hoping for more of the same.

Teenager Rebecca Lacey made a fantastic score after gathering the ball from halfway and dotting over the line with Small providing the extra two.

However, Lionesses made a quick comeback scoring two tries on the bounce. Without conversions though meaning Bath remained in the contest.

Some fantastic team play saw Bethanie Wilson released out on the wing and although she had a lot of work to do, she was able to find the line and score her first try in a Bath shirt. There wasn’t enough time for Bath to catch the Lionesses which meant they won 15-12.

Due to some teams unable to make the event, Bath played the Jesters and Lionesses for a second time, with only a 30-minute window to regroup from their last match.

Coach Maria Crowfoot called this game against the Jesters the performance of the tournament.

“For the girls to come out after only a half-hour break from their last game and produce a performance like the one we put in I could not be prouder.

“It was a very hot day in conditions we’re not used to playing in. To score six tries and two coming from the new players in the squad, it was great to watch.”

From set play, Bethan Wakefield and Taylor were both able to cross the whitewash to see Bath lead 14-0 at half-time.

After the break it was Sofia Mazzone and newbie Meek’s turn to score, with Small’s boot adding conversions to each. The game ended 27-12 to Bath as they went into their last game of the day.

Fronting up against Lionesses again, Bath went into this match with injuries and a smaller bench.

Meek was able to get her second try of the day on her Sevens debut, but Lionesses came back fighting scoring four unanswered tries which proved all too much for Bath. 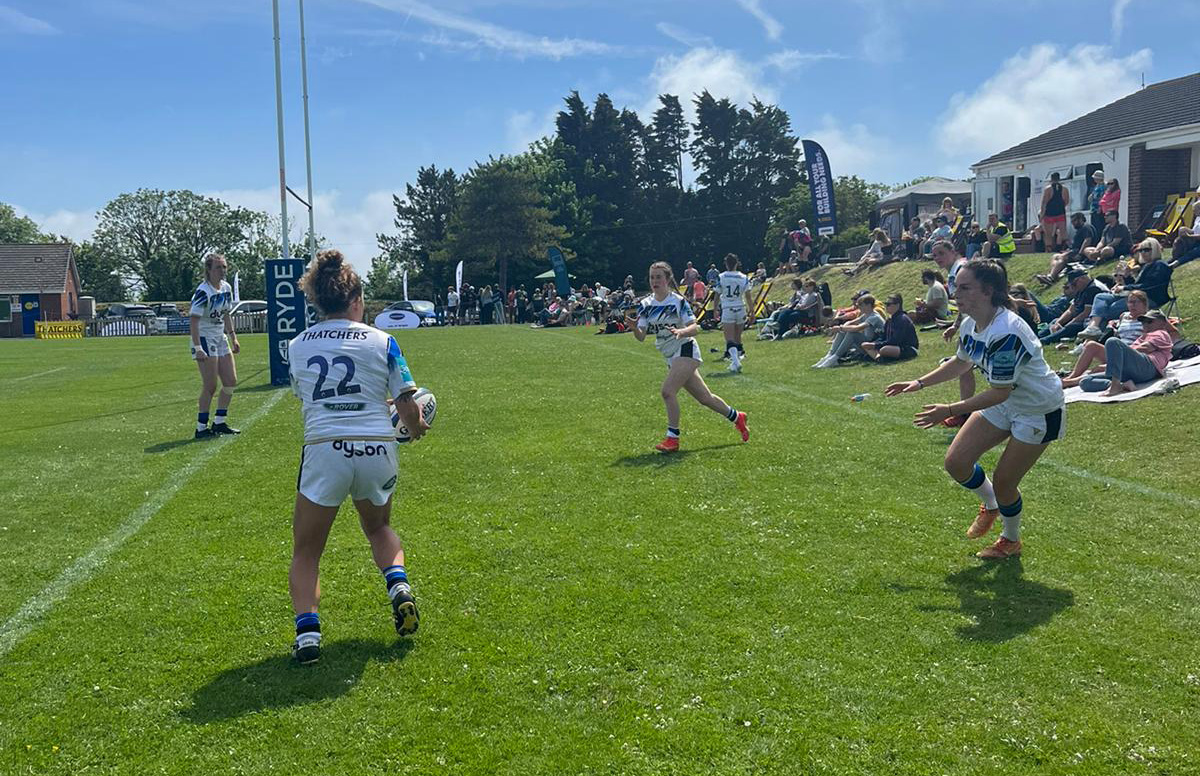 “To finish runners up on only our second outing as a team is a great achievement,” Crowfoot said.

“As a coach, it was brilliant to see everything we’ve worked on at training be implemented on the pitch. We’ve definitely gained momentum moving into the second leg of our Super Sevens Series campaign at London Irish next weekend.

“Some beautiful team tries were scored and the variety of finishers shows the finishing ability we have in the squad. We’re a very fresh team so at this stage we’re focused on performances rather than results. The connections off-pitch have a real influence on the connections on-pitch and it’s great to see the squad come together to play some brilliant rugby.”

Pol Roger Player of the Tournament

Player of the Tournament, sponsored by Pol Roger, was handed to debutant Taylor who has only recently comeback from injury but wasted no time in getting stuck into the action. 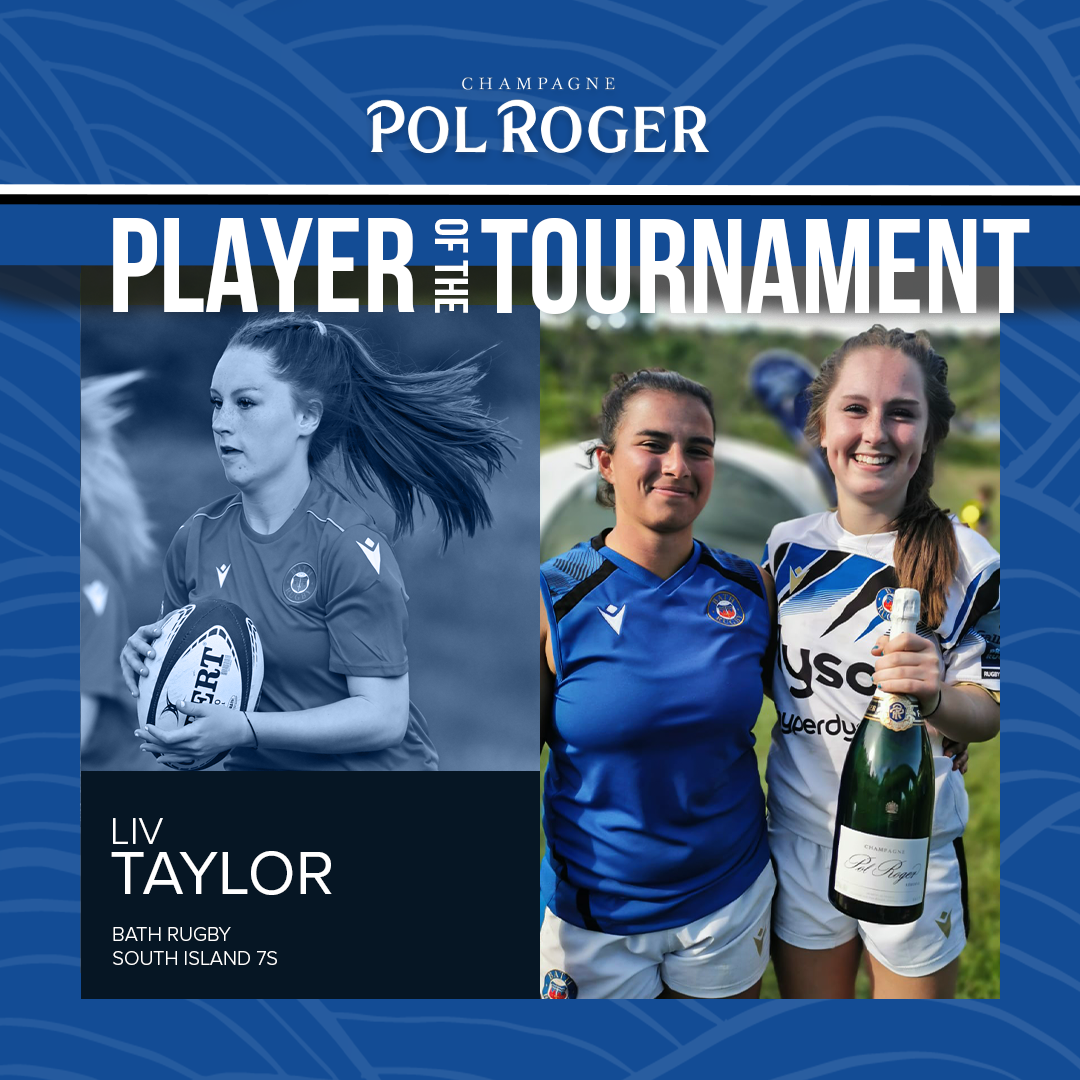 About Taylor, Crowfoot said: “She’s a great team player and distributed well when it was needed. She backs her ability and spotted gaps to make some great line breaks and beat players straight up the middle of the pitch.”

Bath Rugby Women head to London Irish Sevens on Saturday 28 May for the second leg of their Super Sevens Series competition and third tournament overall.