After securing their first piece of silverware at Stafford Super Seven Series a fortnight ago, Bath Rugby Women will be chasing that winners’ high in the final event of their elite sevens run.

Skippering the team again is Megan Barwick who leads 14 of Bath Rugby’s women to Aldershot looking to add to their trophy cabinet.

Alongside Barwick will be the boot of Anya Small, power of Rebecca Wye and speed of Bethan Wakefield and Nia Grundy.

Dorset & Wiltshire’s Alicia Sutcliffe secured her team recall after earning the Pol Roger Performance of the Tournament at Stafford.

Returning from injury to bolster the squad’s kicking ability is fly-half Liv Taylor, who has captained the side and earned player of the tournament herself.

Thea Thompson also returns from injury having not played since captaining the team during the first round in Newbury.

Coming in as a new addition for the Aldershot tournament is Amy Guerrini whilst last week’s addition, Amber Howell, joins the pack as travelling reserve. 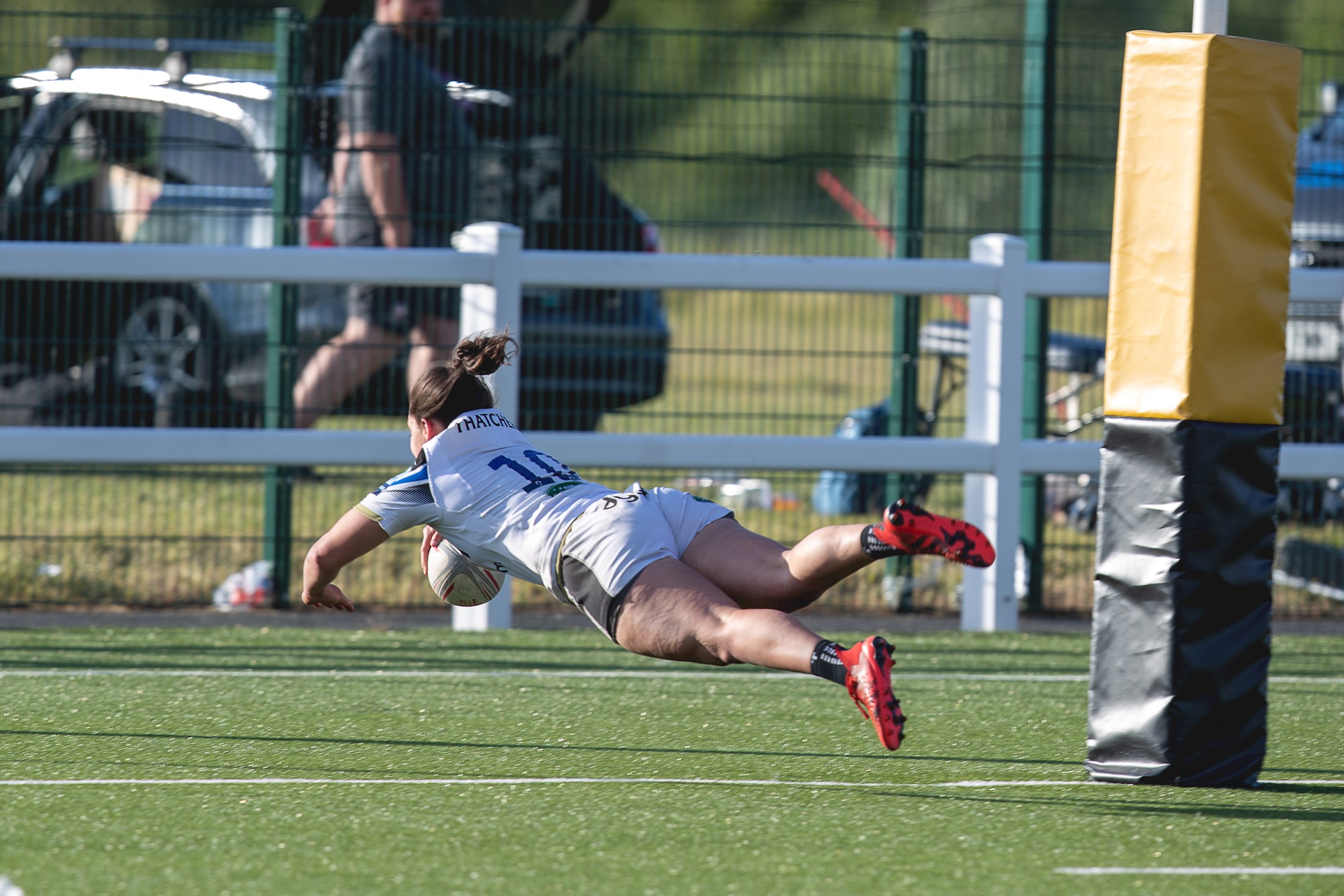 The team currently sit in seventh place in the Super Sevens Series table and are in Pool B this weekend, facing Hammerheads 7s, Savvy Panthers, Hong Kong and Wooden Spoons.

“We’re so happy to have even been a part of the tournament but to be sitting seventh out of 12, and ahead of some incredibly strong teams, it’s a brilliant achievement,” said Women and Girls’ Rugby Development Lead, Maria Crowfoot.

Having formed Bath Rugby’s first ever women’s sevens team, Crowfoot has taken time to reflect on the tournament.

“The way the team has grown together and the resilience they’ve shown, especially to go on to win the Plate final last week has been great to see.

“We’ve overcome so many hurdles to get to this point, with injuries playing a big part in selection throughout. I’m very proud of how the team has performed over the past two months and we’re looking to go out on a high.”