Bath Rugby Women are hitting the road again this weekend to travel to Stafford for their penultimate elite Sevens tournament.

In the third leg of their Super Sevens Series appearances, the Blue, Black and White are hoping to top the stellar performance they delivered at Bournemouth Sevens last week.

“Last week was a high point for us in terms of performance. Some new players got their moment to shine, and we learnt a lot about our team dynamic,” said Maria Crowfoot, Women and Girls’ Rugby Development Lead.

“Some of the girls are still unavailable for selection due to injury but we’ve brought in some new and exciting replacements who will get to show their skills on the Sevens circuit."

Bath have been drawn in a competitive pool and will front up against the Lionesses, Samurai RFC and the Savvy Panthers.

Captaining the team for a second time is Bristol Bears’ player Megan Barwick. She’ll be leading out last week’s Pol Roger Player of the Tournament, Anya Small, who’ll be hoping for another faultless kicking display.

Welsh sprinters Nia Grundy and Bethan Wakefield return to the team after their Wales Sevens invitational, and Robyn Price returns from injury to come back into the fold. 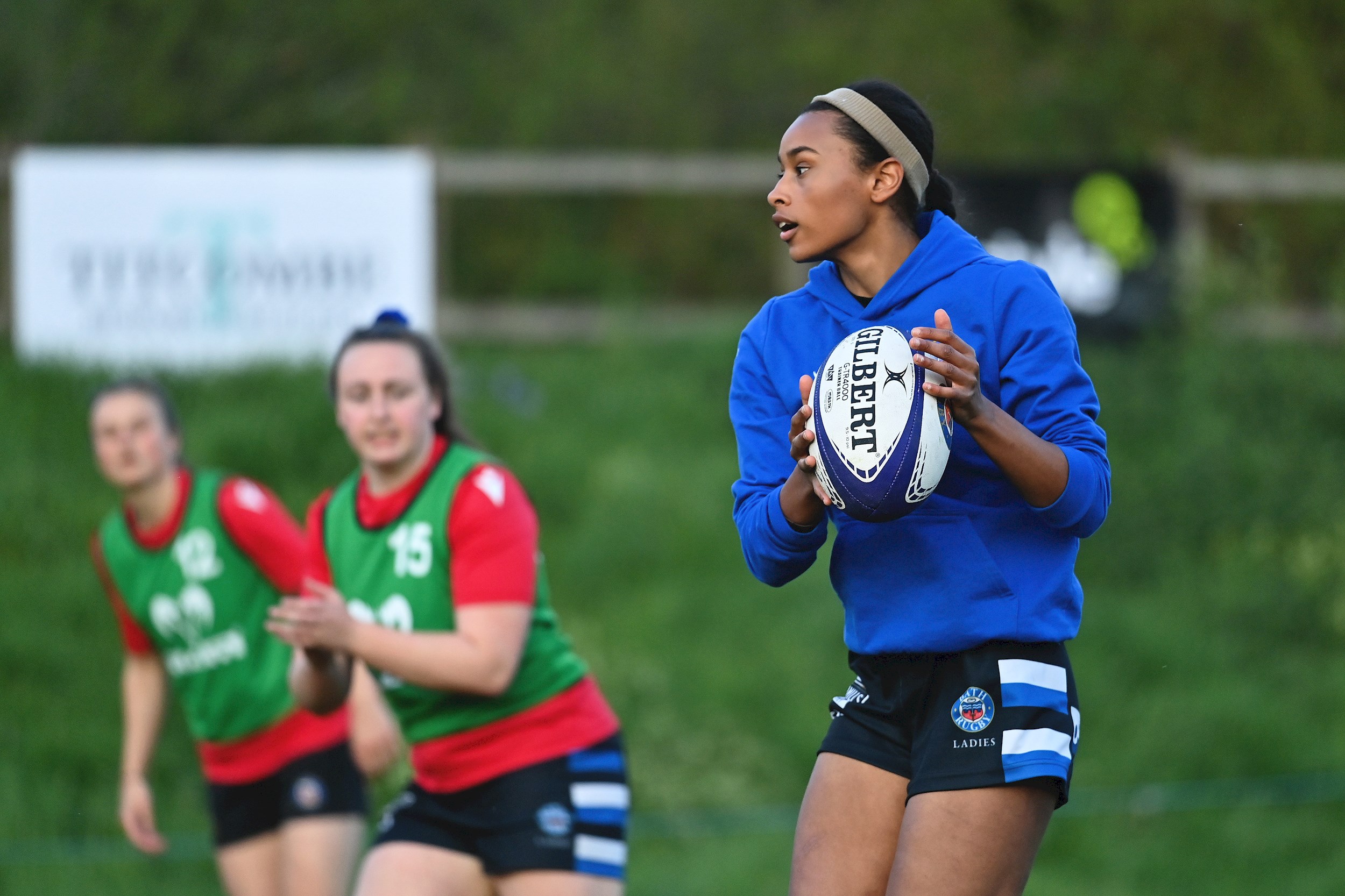 New additions to the team this week include Bath RFC Ladies' players Katie Derrick and Sam West, alongside Crewkerne and Somerset’s Molly Daniel, and Dorset and Wiltshire captain Amy Williams.

“The new additions have genuinely added to training this week. It’s great to see players who have represented their counties now get a chance to come into the playing group and I’m excited to see them in their new environment,” said Crowfoot.

Unable for selection due to injury are Thea Thompson, Hannah Meek and Liv Taylor.

You can watch Bath Rugby Women take on the Savvy Panthers (11:40) and Samurai RFC (13:40) on the Super Sevens Series livestream, here.