It was a tough but brilliant final outing for the Bath Rugby Women on Saturday as they reached the semi-final of Aldershot 7s.

Beginning the weekend 7th out of 12, Bath Rugby Women have certainly shown they are a side worthy of a spot in the elite sevens competition.

The team took on the toughest competition on the Sevens circuit and 'have done themselves proud', said their Head Coach, Maria Crowfoot.

First up for the Blue, Black and White were Savvy Panthers, who Bath Rugby Women have met on several occasions throughout their elite sevens run.

Skipper Megan Barwick put in a gutsy performance beating three defenders to score her first of the day off the back of a line out.

Quickly followed up by Thea Thompson and Liv Taylor who both crossed the whitewash to see the game end 19-12 to Bath.

The next pool game was against another familiar opponent, Hong Kong, and saw Bethan Wakefield score a double. Chloe Williams secured Bath’s third try after her last opportunity saw her selflessly passing to Wakefield in what Crowfoot called try of the season.

After winning two from two, injuries and poor weather conditions took their toll during Bath’s next game against Hammerheads 7s.

The game ended without a score for Bath who soon came bouncing back to go on to beat their final pool opponents, Wooden Spoon Marauders, 28-17.

They’re back, for one last time...

Here’s a behind the scenes peek into the Bath Rugby Women's sevens squad as they take on Aldershot 7s for the final tournament in this year’s campaign 📲 pic.twitter.com/w3N6poq7zD

Facing their toughest opponent of the day against Samurai RFC, Thompson, who scored Bath Rugby Women’s first ever try on their opening weekend in Newbury, went on to score their last try of the season in their semi-final at Aldershot.

Thompson’s performance earned her Pol Roger Player of the Tournament having returned from injury to add pace, physicality and power to the team. 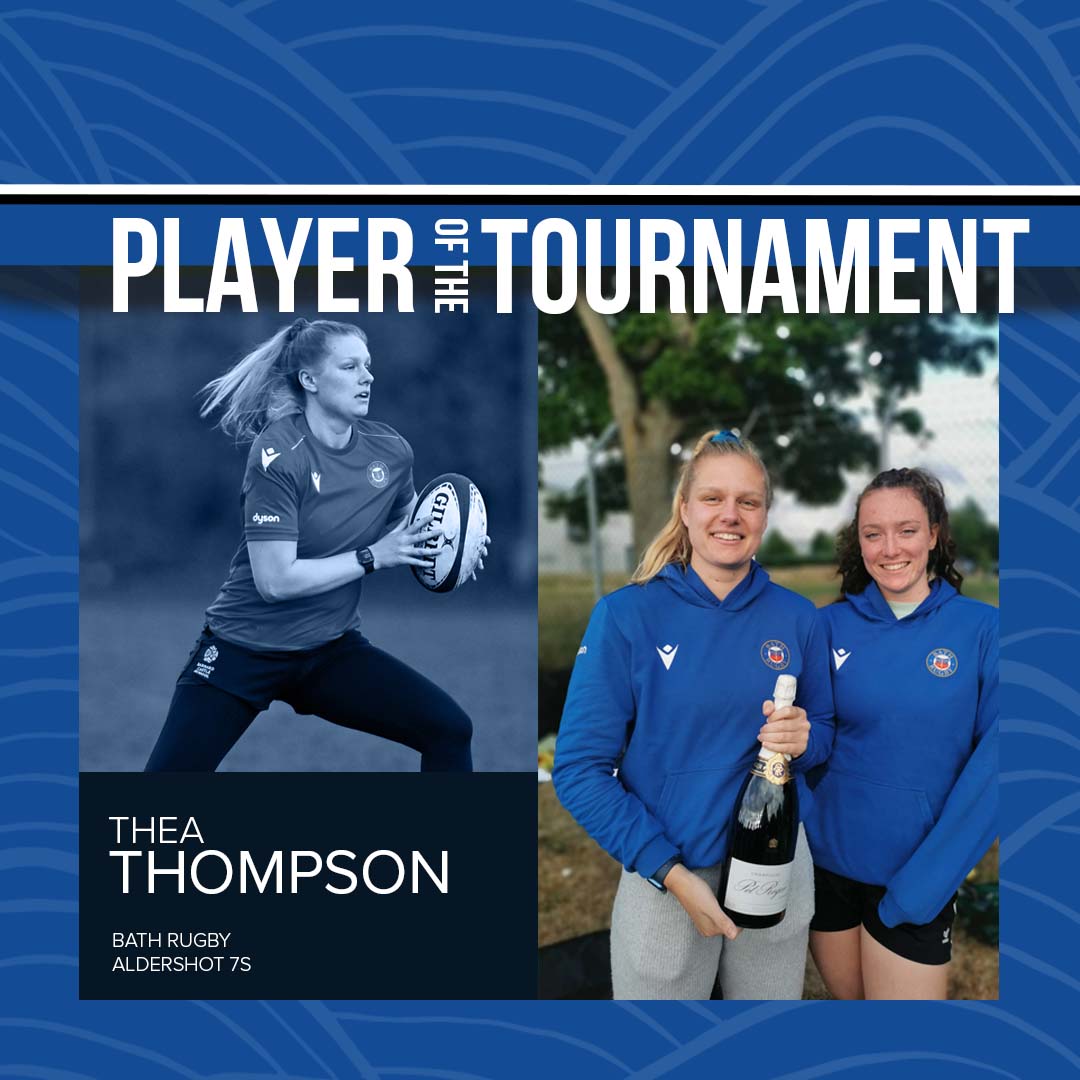 “Without a doubt, the most pleasing thing to come from this programme has been the development and growth of the players,” Crowfoot said.

“They’ve shone both individually and collectively throughout this whole tournament. Finishing top four in the last leg of our first ever season together is a credit to the players, staff and coaching team for putting in a huge amount of effort and dedication.

“I’m really looking forward to seeing the players transition back into XVs and their respective clubs.”

Bath Rugby Women have had a brilliant debut season as a sevens team, seeing them finish 5th overall.