Bath Rugby Under-18s continued their impressive form in 2023 with a third win in a row at Chippenham RFC against Harlequins.

Quins took an early lead just beyond the minute mark as Connor Byrne muscled his way over but 10 minutes later, the in-form Pike crashed over from the back of a maul.

The hooker added his sixth try in just three games midway through the first period, burrowing home from close range.

Harlequins’ Tom Humphreys crossed for an unconverted score and trailed two points behind Bath before England Under-18s prop Sela bulldozed his way over with a tap and go.

Jimmy Staples kept things interesting with a third Quins try but Sela created a carbon copy of his first and Weston’s conversion put Bath out of reach despite Richard Twitchen’s converted effort. 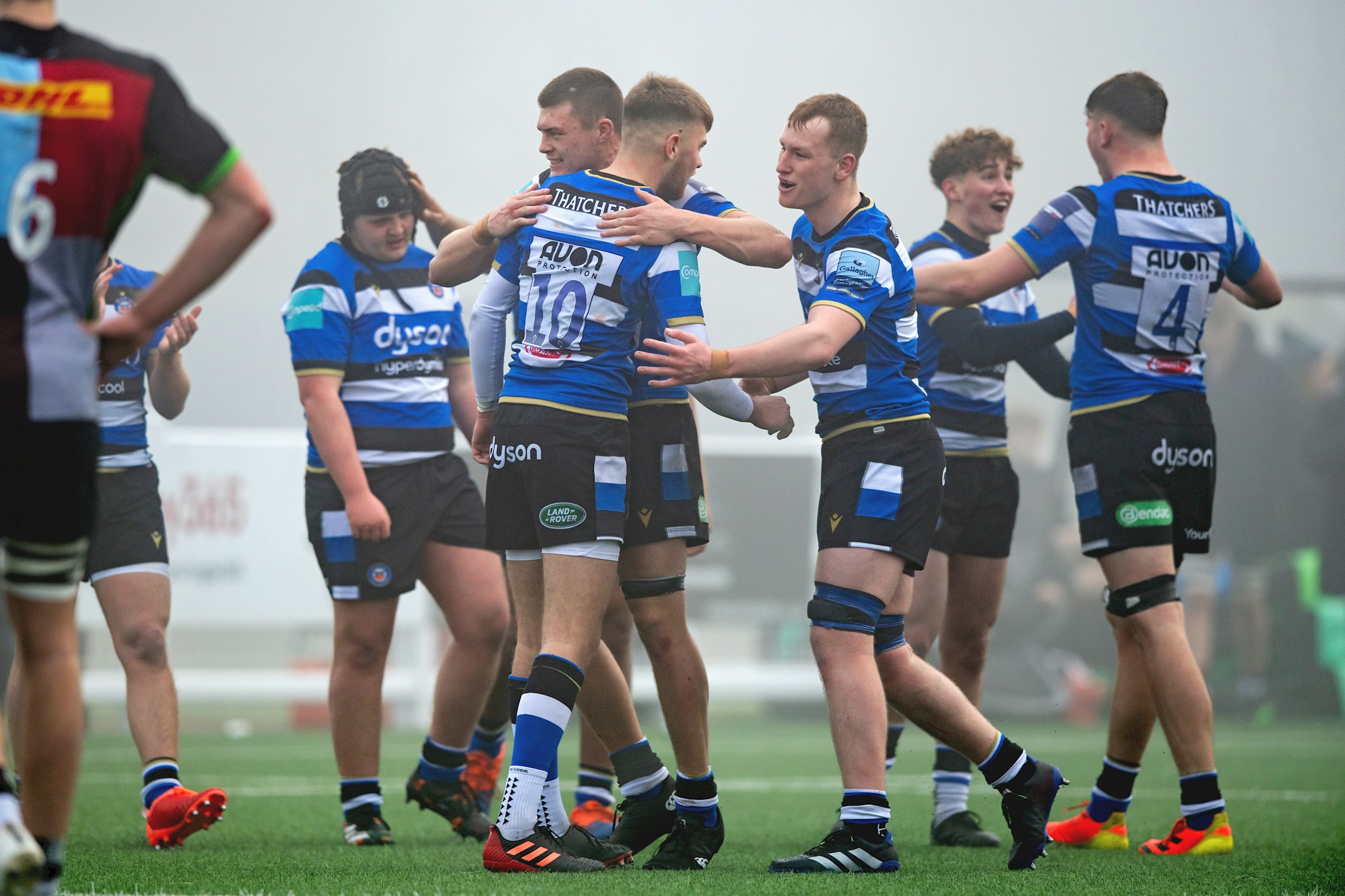 Head of Academy Craig Lilley said: “Harlequins are an excellent team with some outstanding individual players, so we knew we had to be on point defensively to nullify their threats.

“This last block of three games has been an excellent challenge for our players. We have seen some good progress, but the most exciting thing is we know there is so much more within this group.

"We will use the next couple of weeks to firstly give the boys a break but also to further prepare before playing our final league game against Gloucester.

“The result of this will dictate which team we play against in Finals Day from the Northern League.”