When Will Muir set out to study Mechanical Engineering at Northumbria University, he had a vision of working overseas in Dubai or Singapore.

He achieved that dream, albeit not in the field he saw himself heading towards.

The 25-year-old’s Sevens rugby talents have seen him travel the globe and experience different cities from a sporting aspect as opposed to a designer of power-producing machines.

“I always had in my head that I wanted to work abroad, maybe Dubai or Singapore where there were good opportunities,” he said.

“But as soon as rugby came up it was sort of a no brainer to take that opportunity. It was crazy. Professional rugby didn’t really seem like an option for me at all until the third year at Uni. To get an opportunity to do it, I just jumped at it.”

Muir had limited Sevens experience when he began his University degree and was introduced to the code during his second year.

Playing in small tournaments across England, he was part of a successful side which won the National University BUCS tournament and thereafter, they were invited to competitions where RFU bosses could scan for potential rare finds – of which Muir turned out to be one of.

“There was a partnership tournament where we’d play a few Unis and the England Sevens Academy would be involved and then Simon Amor picked a few names from Northumbria.

“There was me and Yaree Fantini who jumped down and had a bit of a trial. I got a bit of a look in in a tournament with the Academy in San Francisco and then got an offer out of University to move down to London and play.”

It was just a week after graduating that Muir’s rugby dreams were realised as he was straight on a plane to San Francisco, USA for the 2018 Rugby World Cup Sevens tournament at Major League Baseball franchise San Francisco Giants’ AT&T Park. 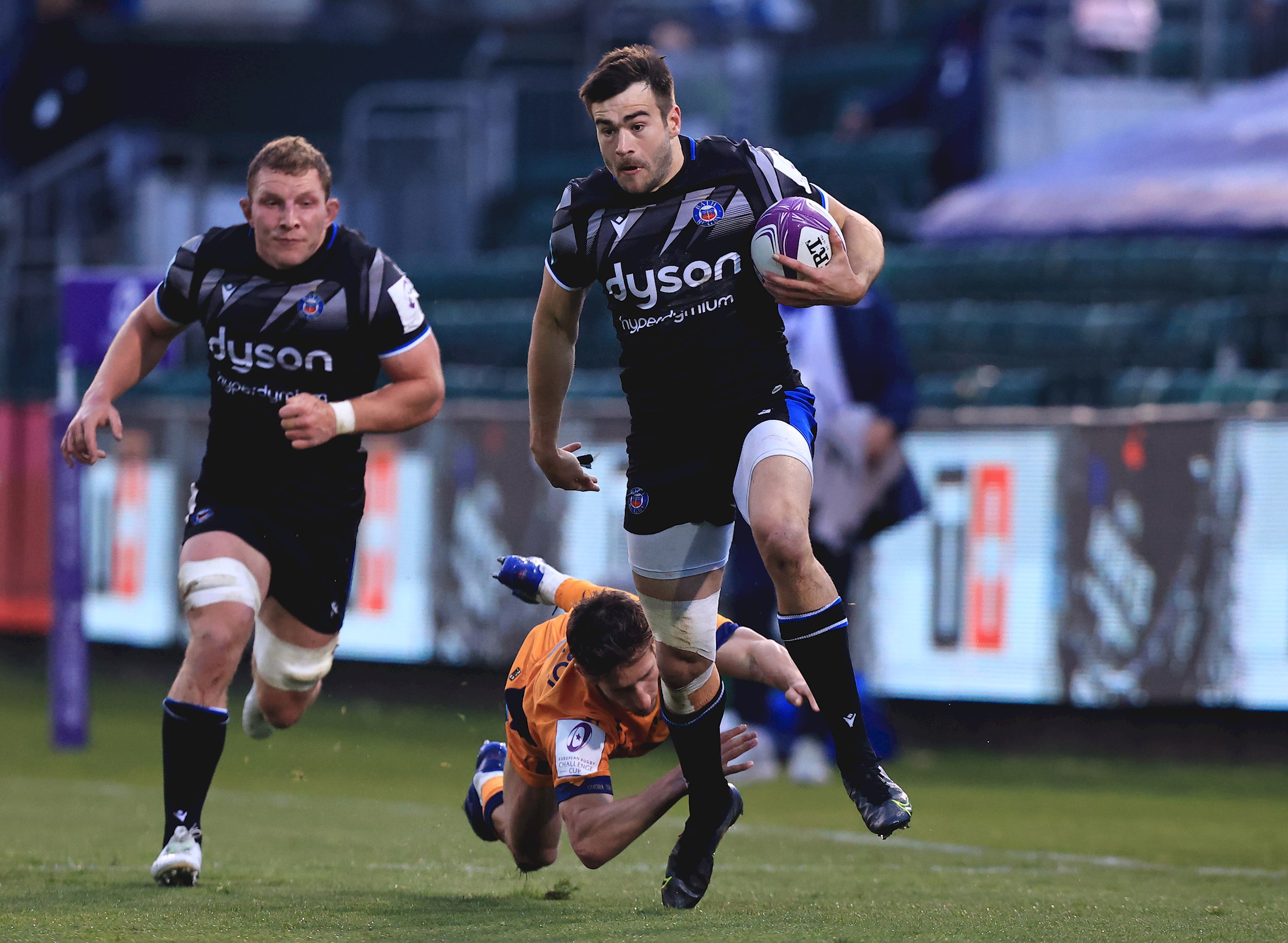 “That was my first senior tournament,” Muir reflected. “It was a good one to start! Five-star hotels and all the works for two weeks, it was pretty crazy!

“I graduated and then flew out the same week. I think we had almost two weeks there where we flew out beforehand and then we had some good time off. We went to Alcatraz one day, got the bikes out another day, Golden Gate Bridge and had a good look around San Francisco.

“I only got the odd few minutes in games here and there, but I was just like a rabbit in the headlights, running around aimlessly! But getting to the final was an experience; I loved it.”

From that tournament in California, Muir excelled on the World Stage as he joined the Sevens programme on a full-time basis.

He was named 2019 England Sevens Men’s Player of the Year – the first male player to win the award in their first season of England Sevens - and scored two tries in his country’s opening 2019/20 World Sevens Series event as they secured bronze in one of his previously preferred living destinations, Dubai.

The proud Yorkshireman has since transferred his try-scoring skills to the XVs game with Bath Rugby. Joining ahead of the 2020/21 Gallagher Premiership campaign, the wing, affectionately known as Horse for his running style, has featured in Blue, Black and White 10 times, crossing the whitewash on five occasions.

“Any back three just wants the ball in space to have a crack. I guess that’s transferrable from Sevens as you’ve obviously got a lot more space there. I’m just trying to utilise what I’ve been doing the past two years and if I find space, get my head and have a crack and see where it gets me. 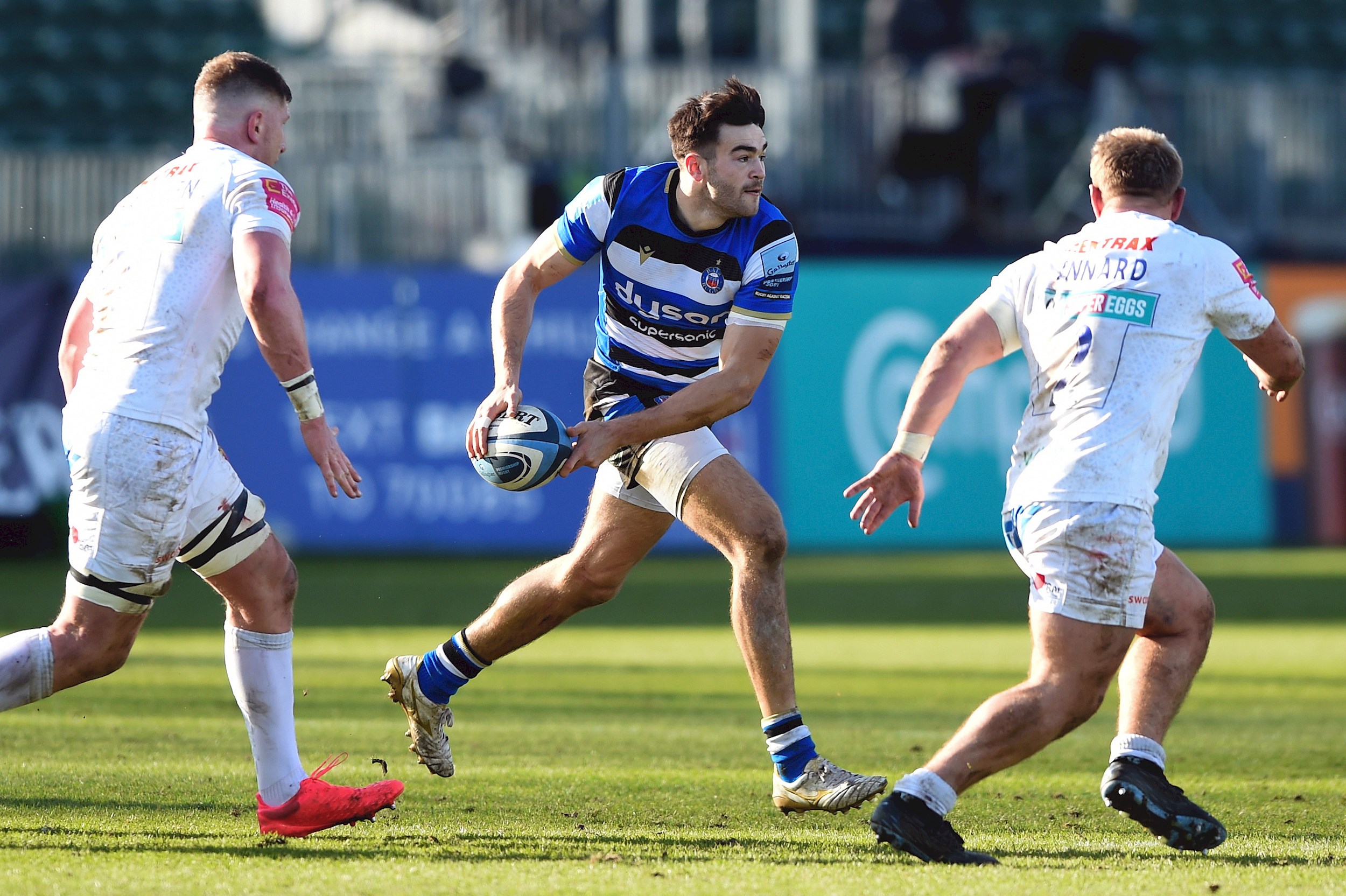 It is clear to see Muir is relishing life at Farleigh House and taken to life in XVs game like a duck to water – or a horse in an open field.

He notes ex-Sevens teammate Ruaridh McConnochie and longstanding Bath wing Semesa Rokoduguni as huge influences since his arrival alongside coaches Girvan Dempsey and Ryan Davis, but insists everyone at the club has allowed him to grow his knowledge.

“I’m still learning so much each game and I’m trying to review everything after each game so I can keep learning as much as possible. I’m just grateful to have the opportunity to go out there and express myself.

“The lads go out of their way to make sure I’m on the right page and up to scratch with things. Any sort of doubts or questions they go out of their way to put me right; all I have to do is ask and they are more than happy to help me out. There are obviously some good leaders and some special back three players here who have a lot of experience so it’s worth me absorbing as much as I can.

“If I keep being hungry and keep trying to learn as much as I can, keep the reviews and try and gather as much information as I can every step of the way then hopefully I’ll keep pushing on and help the team achieve its goals.”

Muir made his European bow on Saturday when Bath Rugby hosted Montpellier in the Challenge Cup semi-finals.

A night fixture under the lights would normally see the Rec full to the brim with supporters creating an electric atmosphere. Unfortunately not the case this time round, it is something Muir is greatly looking forward to when the time comes after signing a new two-year deal.

“I’m hugely excited for it,” he said.

“I had no idea that Bath as a city was so rugby orientated. You go down the street and you see everyone wearing Bath merchandise.

“I’ve heard the Rec is absolutely bouncing on game day and everyone gets down and are buzzing for it. To be able to play in front of a crowd that is so passionate about their rugby in the city is something I can’t wait to get stuck into.”