Bath Rugby Sevens, in association with Dyson, returned to the Rec on Saturday for the first time in two years!

All eight finalists secured their place by progressing through two preliminary tournaments at North Dorset RFC and Royal Wootton Bassett RFC a couple of weeks previous.

Experienced England Sevens duo Ruaridh McConnochie and Will Muir were in attendance and held a Q&A just before prizes were awarded to the winners of the day. Prior to the event, Ruaridh and Will offered their ‘Seven tips for Sevens’ to all those participating including advice around footwork, support play and avoiding contact.

In girls tournament, Walcats – a combination of Walcot RFC, Bradford on Avon RFC and Frome RFC – came out on top over runners-up Chippenham, Dorminster Zebras and Supermarine. 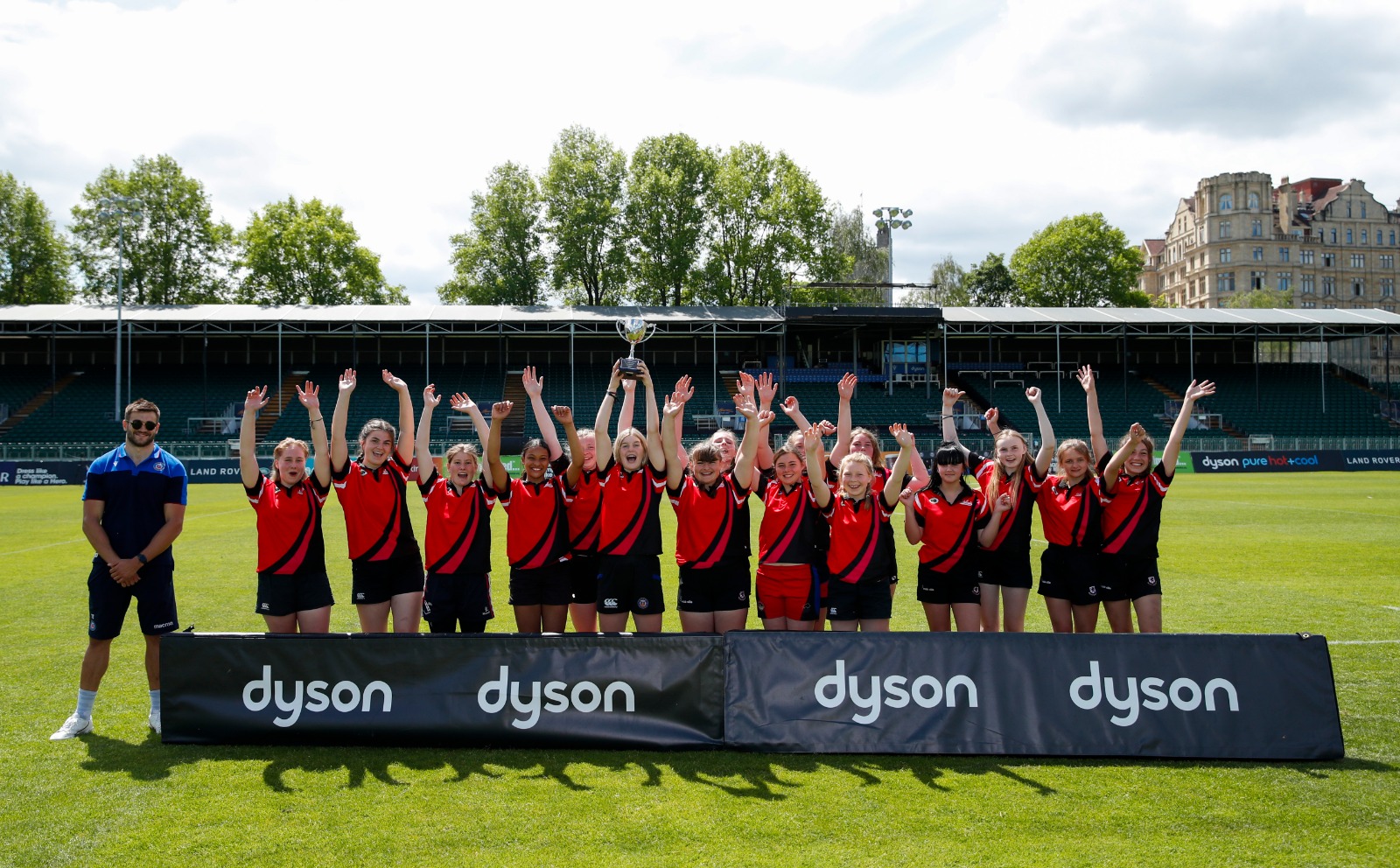 There were Spirit of Rugby awards given to Riley Heyes of Devizes RFC and Supermarine RFC’s Kiera Chard for their efforts on the day, aligned to the RFU Core Values.

Many thanks to Dyson for their continued support in growing this tournament year on year. After an extensive period without grassroots rugby, it was fantastic to see such a brilliant display at the Rec and we hope all boys and girls who participated had a memorable experience.