Bath Rugby inducted the first members into its newly-created Hall of Fame last night at a stunning black tie dinner at Farleigh House celebrating the 150th year of the Club.

The night, hosted by Jonny Gould, was attended by some of the city's most well-known faces and, of course, key Club figures from the past and present. 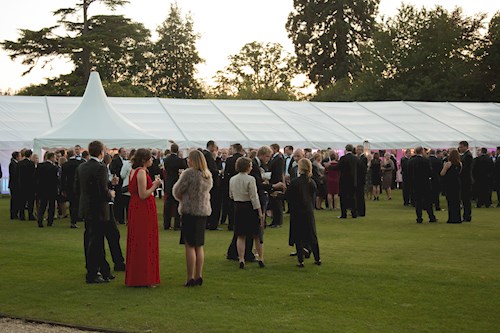 With the Club having such a rich and distinguished history, and a variety of deserving candidates, selecting the inaugural inductees was a thought-provoking process.

“These six men who have been inducted into the Hall of Fame have all had a profound effect on the Club and it is therefore fitting that they have been honoured in this way,” said Managing Director Tarquin McDonald. 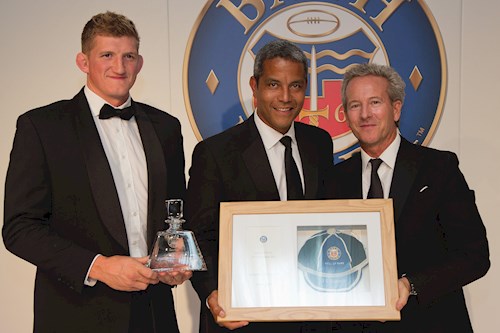 “It only seems proper that a Club with such an illustrious history as Bath has a Hall of Fame to recognise all the incredible people who have taken us through the years, and what better time to create it than in such a significant year as our 150th anniversary?”

Later in the season, as part of the newly-created Hall of Fame, Bath Rugby will also be recognising the outstanding contributions and incredible commitments made by individuals to the Club off the field.

The 2015 inductees to the Bath Rugby Hall of Fame

Jack Rowell OBE coached Bath Rugby between 1978 and 1994, a memorable era of success for the Club which led to him becoming England coach (1995-97). In his first season a record 38 games were won. From 1984/85, with his coaching team of Dave Robson and Tom Hudson, he masterminded six wins in the John Player Special Cup in seven years and the League Championship in 1988/89. Under Rowell, the Club experienced a decade of success, including eight John Player/Pilkington Cups and five League Championships.

Jeremy Guscott, known as the ‘Prince of Centres’, scored 143 tries for Bath Rugby in 268 appearances.  The only Bath player to be selected and play for the British Lions on three separate tours, he famously kicked a series-winning drop goal against the Springboks. Capped 65 times for England, Guscott scored an impressive 143 points for his country. A player of immense talent, skill, vision and pace, Guscott was a cool, calm presence.  His truly outstanding rugby career was brought to an end with a final appearance for Bath versus Rotherham on 26th November 2000.

Joining Bath Rugby in 1981, John Hall spent 17 years at the Club, first in an illustrious playing capacity – he captained the team from blindside flanker and number eight from 1993 to 1995 – before being appointed Director of Rugby. Hall scored an impressive 87 tries in 277 Club appearances. He made 21 appearances for England, with whom he travelled to the World Cup in 1987. As Director of Rugby, Hall was instrumental in procuring players of the highest quality, such as Jason Robinson, Henry Paul and Federico Mendez.

Bath Rugby flanker Roger Spurrell captained Bath Rugby for three seasons (1982-1985), and made 206 appearances for the Club. An ex-paratrooper, Spurrell made his debut game for Bath in 1979 against Seahawks, a side from California.  He took up the captaincy following an injury to scrum-half Damian Murphy in March 1982 and remained in the role for the next three seasons. Under his captaincy Bath won the John Player Cup twice – 28/4/1984 against Bristol and 27/4/1985 against London Welsh. His final game, which he captained, was in 1986 against South Wales Police, ending a colourful career stretching over seven years.

Wing forward Frank Soane captained Bath for an unequalled eight successive seasons (1890-1898), making over 300 appearances and enjoying a 50-year association with the Club.  During this time, Soane won four caps with England (only the second Bath player to appear for his country). Although not especially big, his remarkable strength and tackling earned him the nickname “Buster”. Soane was a driving force in the Club’s move to the Rec, remaining a towering presence off the field long after retiring from the game.

Centre Major Ronald Anderson Gerrard D.S.O. made his debut for Bath Rugby in 1930. He captained Somerset for six years (1933-39) and won the first of 14 caps against the Springboks in 1932, as well as leading the combined Somerset and Gloucester Counties XV versus New Zealand in 1936. During the Second World War, he was decorated with the Distinguished Service Order for clearance of mines whilst under fire. His citation read: “Major Gerrard showed the greatest courage and determination in his leadership which was an inspiration to all who saw it.” Tragically, Gerrard was killed in action just three months later.