Bath Rugby delivered a special surprise to put a smile on the faces of those who represent the Bath Rugby Foundation’s Mixed Ability sides.

A group of young men and women were due to travel to Valencia for a tour but unfortunately due to the Covid-19 outbreak, their trip was cancelled.

With their disappointment, we were able to put some cheer into their day as the Club donated a set of this seasons European Champions Cup playing kit for the squad.

Members of the team were seen opening their doors to a full Bath Rugby playing kit, as well as a surprise visit from centre Max Clark, who has been busy delivering official Club kit during recent weeks.

Clark had since been selected for the Gallagher Premiership Player of the Month award for his kind gesture and work within the community. 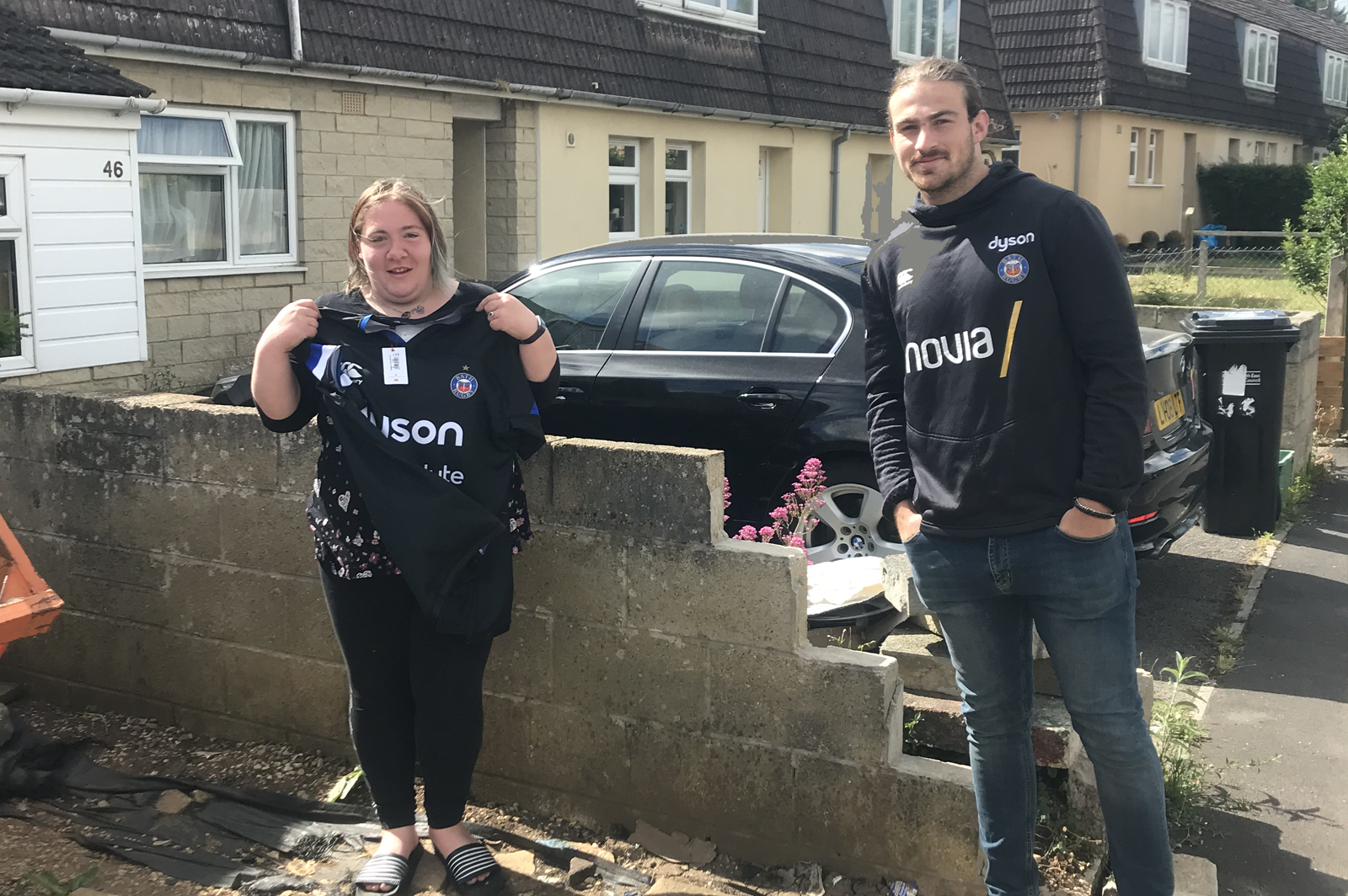 The players due to fly out to Valencia were all members of Bath Rugby Ladies Trojans or Walcot Warriors, Bath’s two Mixed Ability rugby teams which had been created through the Premiership Rugby programme, Project Rugby. Mixed Ability rugby enables players living with physical or mental disabilities to take part in the sport.

Funded by Gallagher UK, Project Rugby aims to introduce the sport to players who had previously been unable to find a pathway to playing.