A tough day we can learn from - Crowfoot

Bath Rugby Women Head Coach, and Women and Girls’ Rugby Development Lead, Maria Crowfoot was proud of the way her team came through adversity at the London Irish Sevens.

Following promising displays at Newbury and Isle of Wight Sevens, the Blue, Black and White went into the second leg of their Super Sevens Series competition ranking sixth in the table out of 13, but experienced injury and illness before the tournament.

Bethan Wakefield (injury) and Robyn Price (illness) were forced to miss out with Meg Griffiths and Lucy Peters called on at the eleventh hour.

“Injuries were a big issue this weekend,” Crowfoot said.

“To take on some feisty and powerful teams after experiencing some setbacks, I’m proud of how the team came together to still deliver some great performances. I’m proud of what they achieved.”

As well as a lot of learnings, Bath took home some silverware from the London Irish Sevens as they were crowned Bowl winners following a late withdrawal from their final opponents.

Earlier in the day, they faced a tough encounter against the Hammerheads suffering a 44-5 loss. Despite the defeat, Griffiths managed to provide power and athleticism while Ellie Lewis also ‘slotted seamlessly into the team’ on debut.

Facing the winners of Newbury Sevens next up, Bath delivered an encouraging display against Samurai RFC going ahead 12-5 at the break after a try from Hannah Meek. A brilliant team try finished by Alicia Sutcliffe wasn’t enough for the win on this occasion and saw Samurai edge ahead for a 29-12 win. However, it was a step in the right direction.

Bath’s final pool game against Scimitar Storm saw a formidable performance from Megan Barwick who made dominant hits and multiple turnovers, earning her Pol Roger Player of the Tournament. 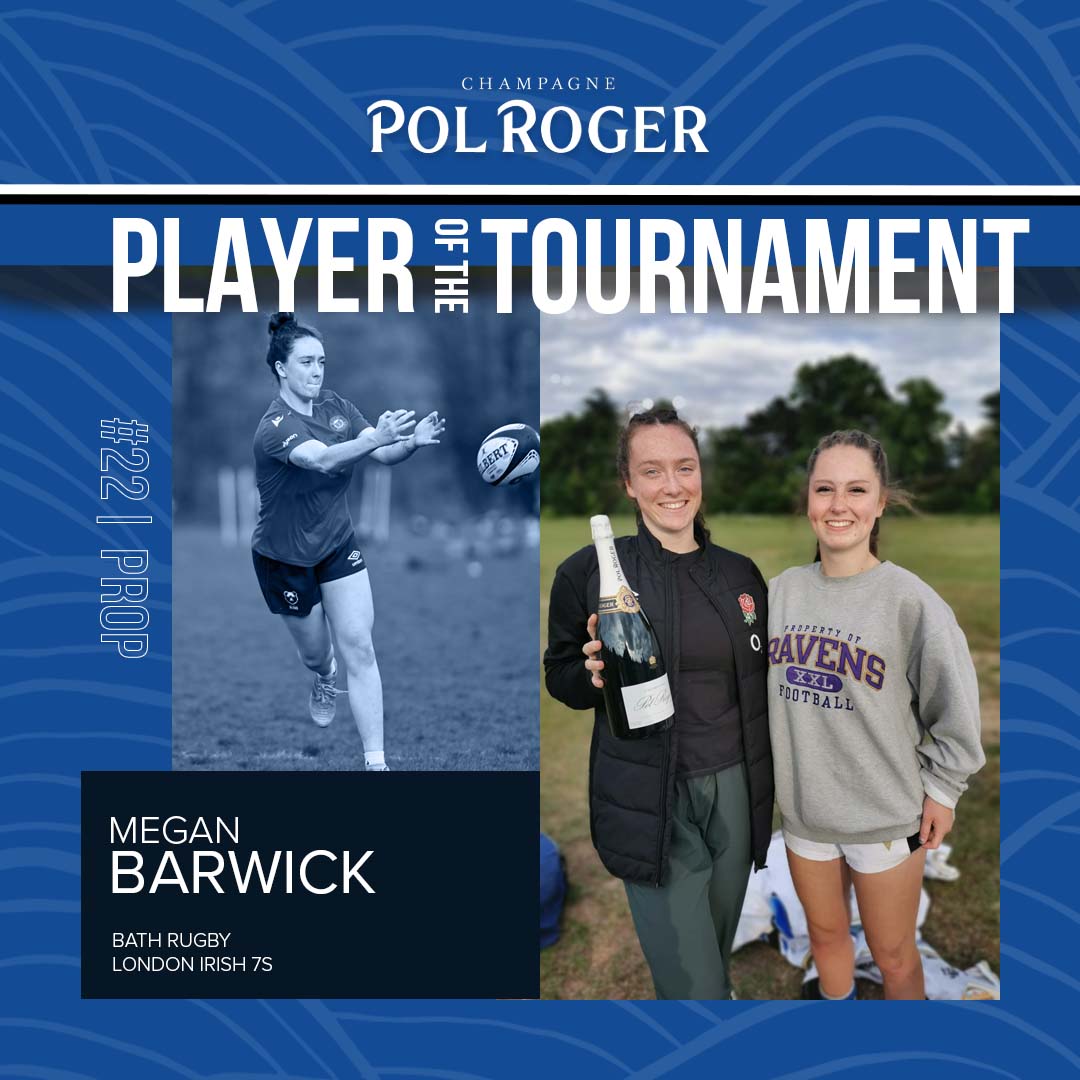 Although the game ended in three losses, Crowfoot was confident the squad could learn from the experience of another tournament together.

“It was a tough day but a day we can learn from.

“I need to give credit to the girls for sticking at it through so many setbacks. Captain Liv Taylor led from the front, she was creative in attack and had an outstanding tournament alongside Megan.

“We’re going to rest, regroup and get ready for Bournemouth Sevens.”