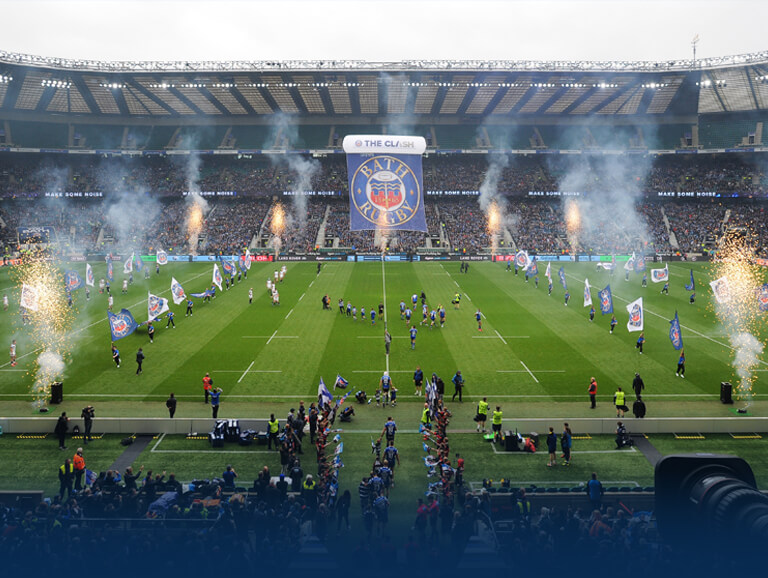 The Clash is back with a bang on Saturday 18th April 2020 when Bath Rugby host rivals Wasps on the biggest stage of them all.

Over 180,000 supporters have descended on Twickenham Stadium for the last two editions of the event, and this is your chance to get behind the Blue, Black and White and roar them to victory.

Exclusively through the Bath Rugby Community Team, your Rugby Club or team could have the opportunity to play on the hallowed Twickenham turf!

Rally the troops for an epic team day out, all top prizes up for grabs for group bookings...

If you would like more information on these experiences, please email community@bathrugby.com.