Following a storied career in Rugby, Luke Charteris announced his retirement from the sport in 2019. A journey concluded, one that had taken in the domestic leagues of Wales, France and England as well as one that lit up the International stage. With 74 caps for Wales, many alongside fellow second-row stalwart Alun Wyn Jones, Charteris' tenure spanned multiple 6 Nations, including a 2012 Grand Slam and two World Cups (in 2011 and 2015).

Standing at 6'9", a life in the second-row was inevitable. But his talent within the position stretched far beyond physical capabilities; his skill in the line-out (foreshadowing his role at Bath Rugby) was evident, as was his ability to disrupt opposition mauls and a ferocious hitter of rucks. His tackling is also deservedly celebrated, with Charteris delivering a then record 31 tackles in the 2015 6 Nations victory over Ireland and the second-row placing fourth on the list of most consecutive tackles made in a 6 Nations without missing (with 117 between 2015 and 2017).

Charteris joined the coaching team ahead of the 2019/20 season, embarking on a new career with the Club as a specialist Line-out Coach. Charteris provides skills and experience as a line out expert that will boost the development of players and preparation of the squad to deliver outcomes in the set-piece that underpin the highest levels of performance.

In this week's Coach's Check In with Compeed, Luke Charteris previews the upcoming derby against Bristol Bears. Read more

Luke Charteris believes Bath Rugby aren't being clinical enough at the moment as the Blue, Black and Whites suffered a Round 7 Gallagher Premiership loss to Wasps. Read more 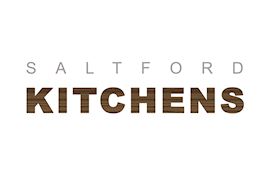