Mercer is a skilful forward who continues to draw wide acclaim for his performances in the Blue, Black and White.

A strong ball carrier and a formidable force in defence, the back rower has caught the eye of England Head Coach Eddie Jones, making his debut against the Barbarians in 2018.

Mercer is a product of the academy and was promoted to the senior squad from the Academy in 2017.

Zach Mercer was in stunning form for Bath Rugby as they advanced to the Challenge Cup semi-finals with a 26-13 victory over London Irish. Read more

Bath Rugby can today confirm that Zach Mercer will be leaving the Club at the end of the season and will join TOP14 side Montpellier, with exciting South African No.8 Jaco Coetzee joining the Blue, Black and White in March. Read more

Bath Rugby captain Charlie Ewels will make his 100th appearance for the Club on Saturday as the Blue, Black and White face-up against London Irish in Round 14 of the Gallagher Premiership (kick-off 15:00, BT Sport Extra 1). Read more 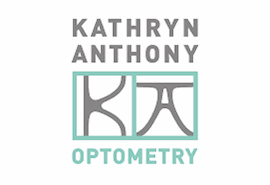