Beno Obano will start his first game in just over seven months when Bath Rugby take on Worcester Warriors in the final game of the Gallagher Premiership season.

The England international returned to action last time out in the win over London Irish following an ACL injury and makes his seventh appearance of the campaign.

Obano alongside hooker Tom Dunn and tighthead Will Stuart were a key, powerful trio during the club’s run to the play-offs in the 2019/20 season, and they will be backed up by Breakthrough Player of the Year Ewan Richards and captain Charlie Ewels.

Taulupe Faletau will make it 72 and out at Sixways from Number 8 with Jaco Coetzee and Sam Underhill completing the back row.

Having played 16 times in the Premiership this term, Max Ojomoh is back in the centre while fellow Academy graduate Orlando Bailey, who has featured 18 times in the league, remains at fly-half.

The young duo have experience and leaders around them in Ben Spencer and Jonathan Joseph while there is an abundance of tries in the back three.

Joe Cokanasiga has five tries in seven Premiership matches while on the other wing, Will Muir (eight tries) will be looking to cement his position as the club’s top try scorer this season. Tom de Glanville (also five tries) is set for Premiership appearance number 20 in 2020/21.

Among the replacements, front-row three Jacques du Toit, Valeriy Morozov and Ma’afu Fia will bid farewell to Bath while Max Green is back from his short-term loan spell at Bristol Bears. 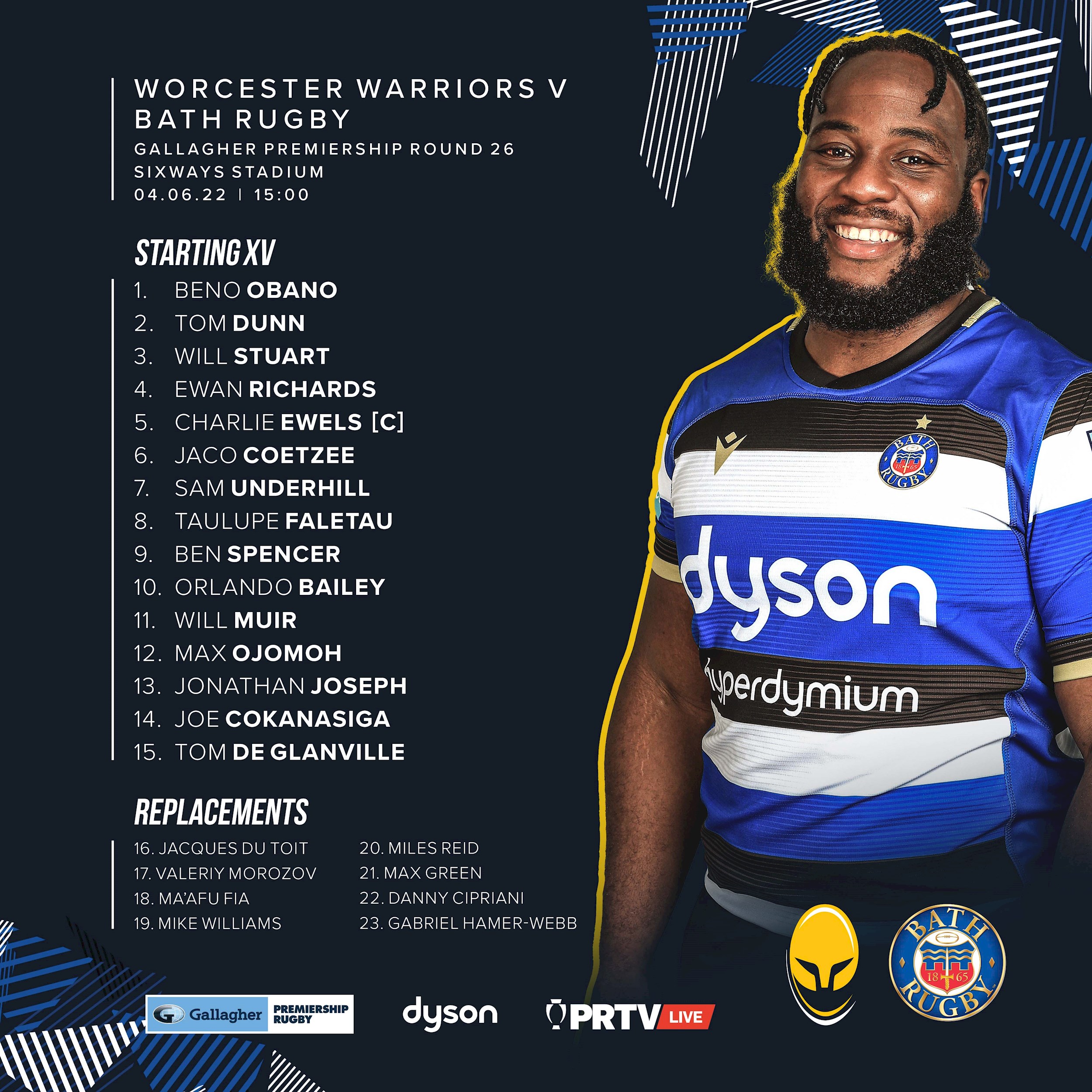