Bath Rugby have made five changes to their starting XV for the trip to London Irish in Round 4 of the Gallagher Premiership.

Quinn Roux and GJ van Velze will earn their first starts for the club from lock and blindside flanker respectively, while Juan Schoeman will make his maiden start of the campaign.

Josh Bayliss comes back into the back row that is missing Richard de Carpentier and Chris Cloete due to injury. The latter has sustained a broken metatarsal and will begin his rehabilitation post-surgery.

In the backs, Gabriel Hamer-Webb is the only amendment to the backline that started against Wasps. Will Muir suffered an injury in training and will seek specialist opinion. Matt Gallagher retains his place at full-back with Tom de Glanville’s hamstring issue needing further treatment.

Elsewhere, Tom Dunn remains as captain for his 175th Bath appearance with Will Stuart, Josh McNally and Miles Reid also maintaining their spots in the pack.

Louis Schreuder and Orlando Bailey’s half-back partnership continues as does the midfield link-up of Max Ojomoh and Jonathan Joseph. Joe Cokanasiga completes the XV from the wing.

On the bench, D’Arcy Rae has returned from injury while Tom Ellis and Ruaridh McConnochie are included following midweek action in the Premiership Rugby Cup. 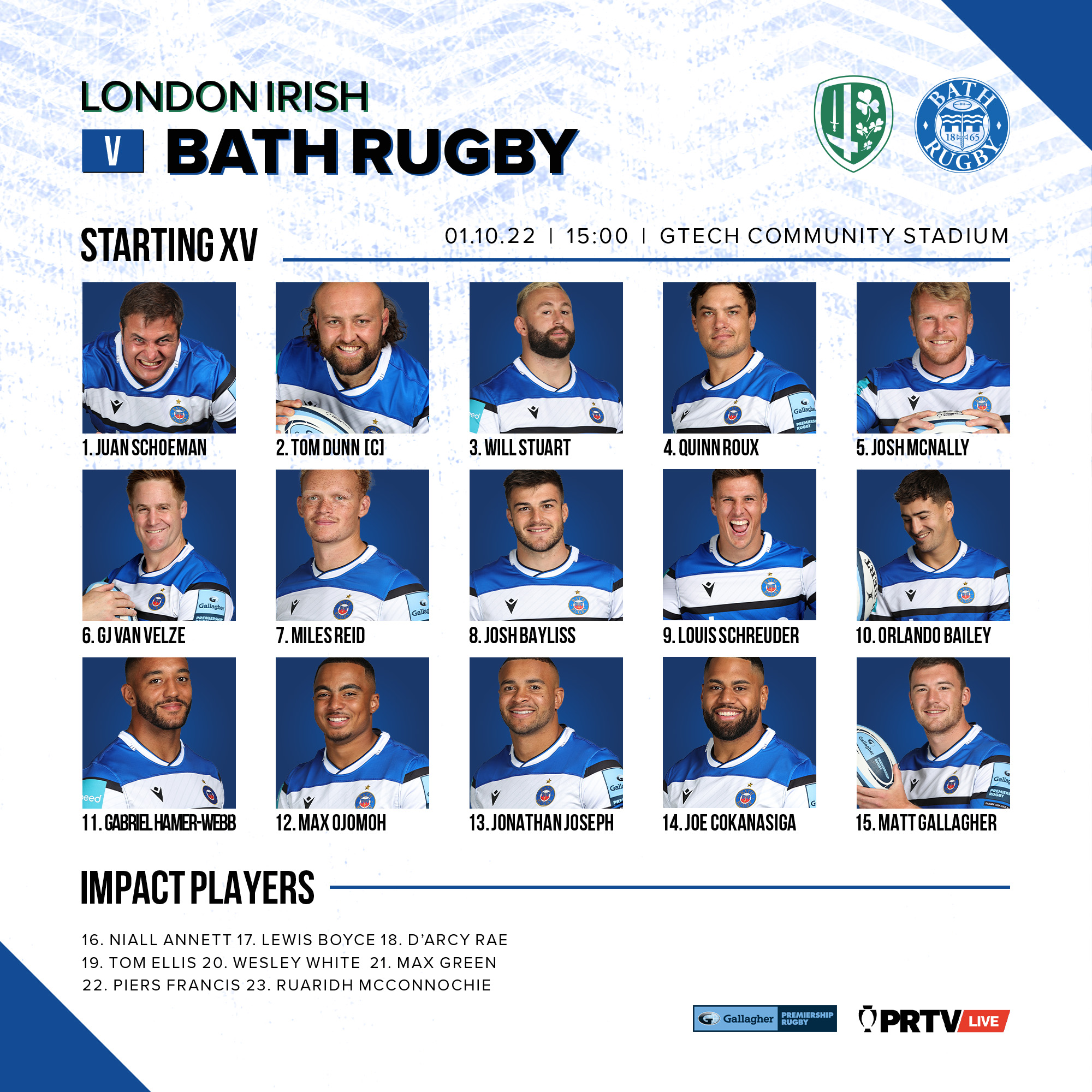