Joe Cokanasiga will make his first start of the 2021/22 season when Bath Rugby head to Exeter Chiefs in the Gallagher Premiership on Saturday.

The wing scored three tries in his first two matches since his return from injury and lines up in a back three with Semesa Rokoduguni – who scored two tries for the Army last weekend – and Tom de Glanville.

Homegrown fly-half Orlando Bailey is reinstated and partners Ben Spencer at half-back, while Max Clark and Jonathan Joseph continue in the midfield.

Up front, props Valeriy Morozov and Will Stuart come back into the front alongside hooker Jacques du Toit with Charlie Ewels returning behind them as captain in the second row.

Will Spencer, Josh Bayliss, Sam Underhill and Nathan Hughes all retain their places from the draw with Sale Sharks – the latter will make his last appearance in Blue, Black and White before returning to Bristol Bears.

On the bench, Tom Dunn is back in the 23 after being sidelined with injury since the beginning of February. 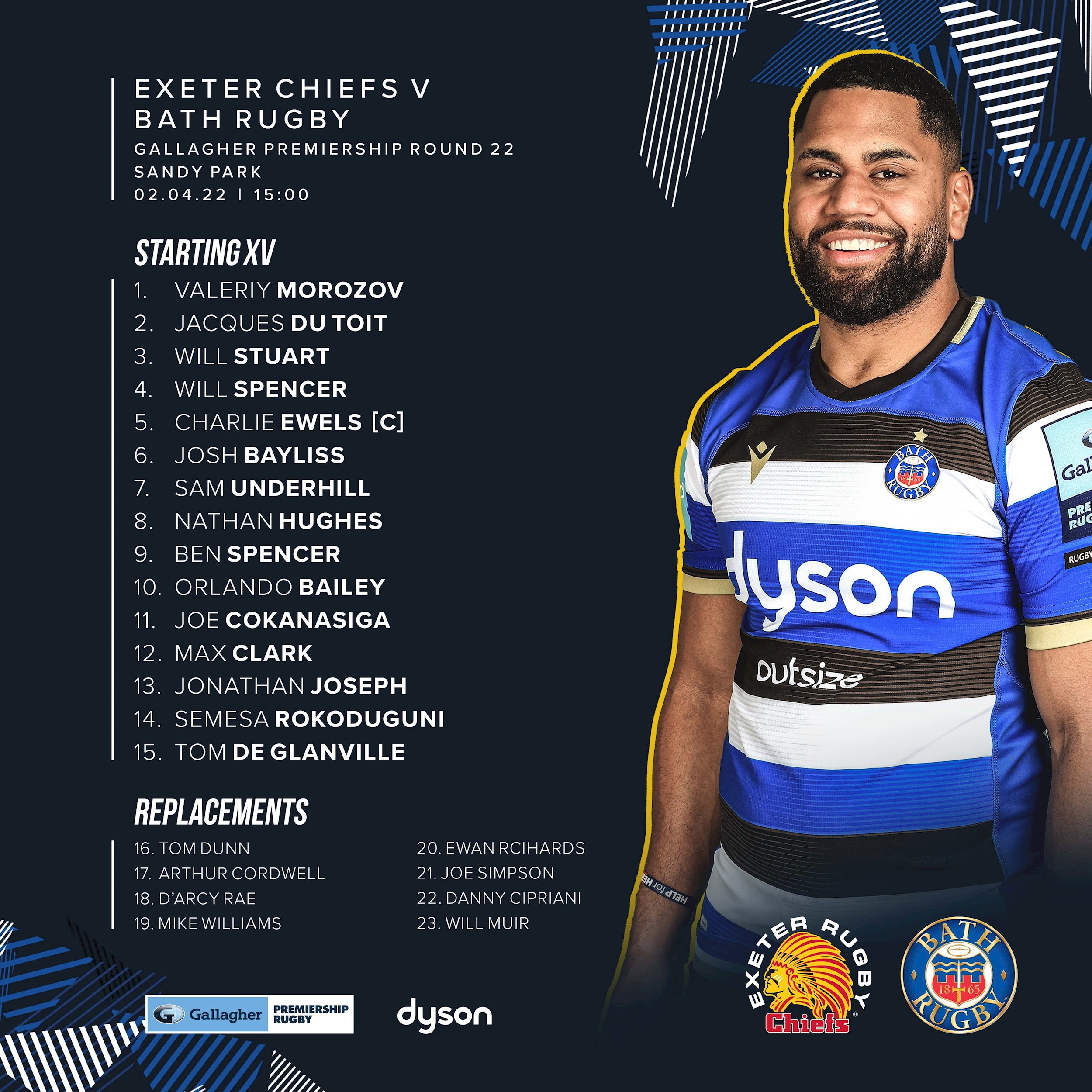