Ben Spencer will make his 50th Bath Rugby appearance in Saturday’s Challenge Cup Round of 16 match against Edinburgh Rugby at the DAM Health Stadium.

The England scrum-half has made a huge impact since arriving at the Rec from Saracens, with his game management and leadership among his key attributes.

Vice-captain for the match, Spencer leads a backline with one change from the team that started the Gallagher Premiership match with Exeter Chiefs a fortnight ago.

Semesa Rokoduguni, who was a late withdrawal from the starting XV at Sandy Park, is back on the wing with in-form duo Joe Cokanasiga and Tom de Glanville completing the back three. The pair both have five tries to their name this campaign.

Number 8 Taulupe Faletau returns to the pack in an all-international back row containing Scotland’s Josh Bayliss and England’s Sam Underhill.

The tight five is unchanged meaning a second consecutive start for Tom Dunn on his comeback from injury. Valeriy Morozov and Will Stuart will add power from loosehead and tighthead prop respectively, and Will Spencer partners captain Charlie Ewels in the second row. 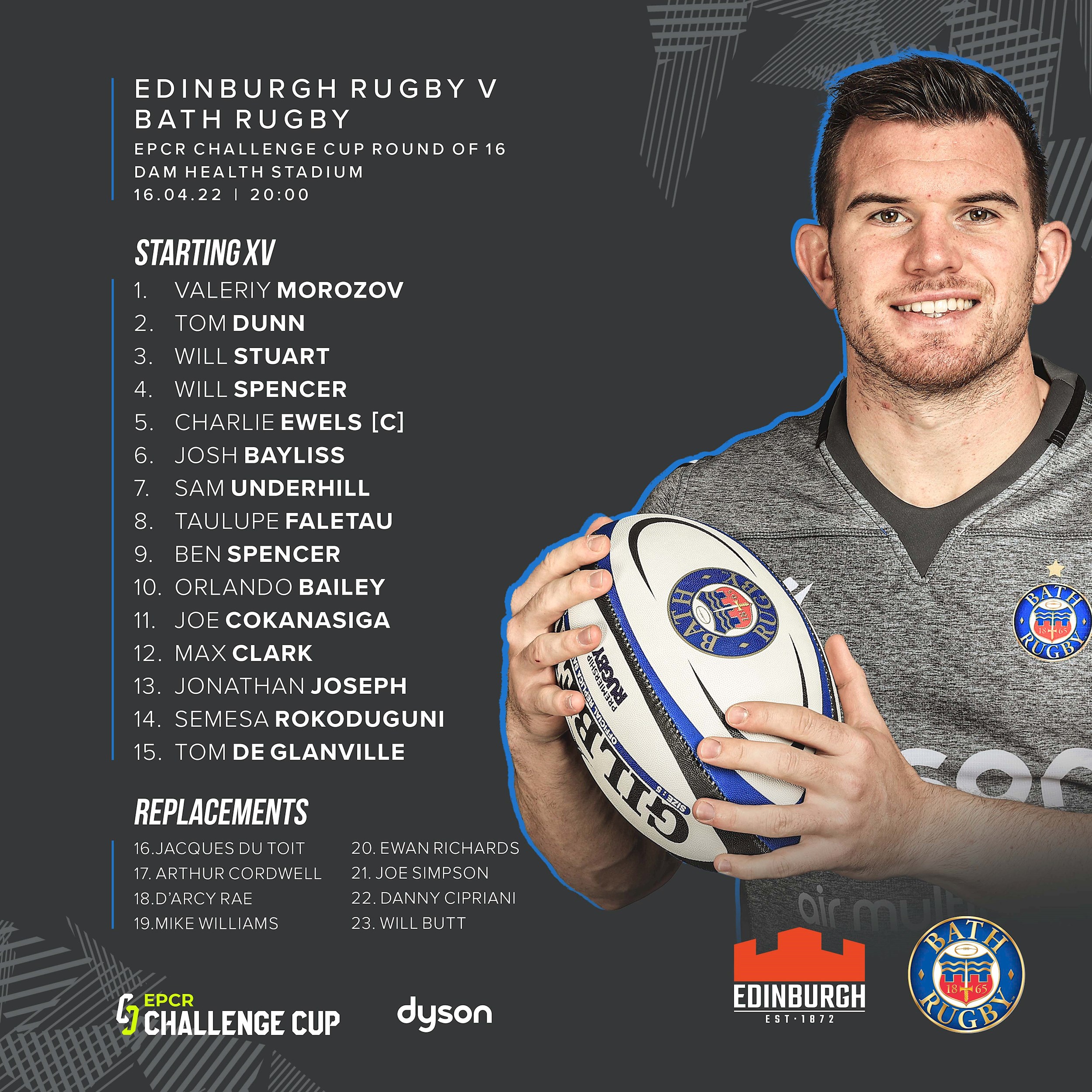