Centre Venter, who joined from Edinburgh rugby in December 21, earned minutes in the Championship with Ampthill last weekend and lines up outside Max Ojomoh.

Homegrown back row Graham is a Beechen Cliff School graduate who has been in the pathway since the age of 13. He is in a back row alongside fellow Senior Academy forward Nahum Merigan and Richard de Carpentier.

Orlando Bailey will captain the senior side for the first time from fly-half outside Joe Simpson with Gabriel Hamer-Webb, Tom Prydie and Darren Atkins completing the backline.

Academy lock Josh Dingley and Ospreys loanee Ma’afu Fia are set for their full club debuts in a front five which also includes Lewis Boyce, Tom Doughty and Will Spencer.

On the bench, lock Harry Casson is named after signing a short-term loan from Ealing Trailfinders.

Nathan Hughes and Max Green are both cup tied having played in earlier rounds of the tournament. 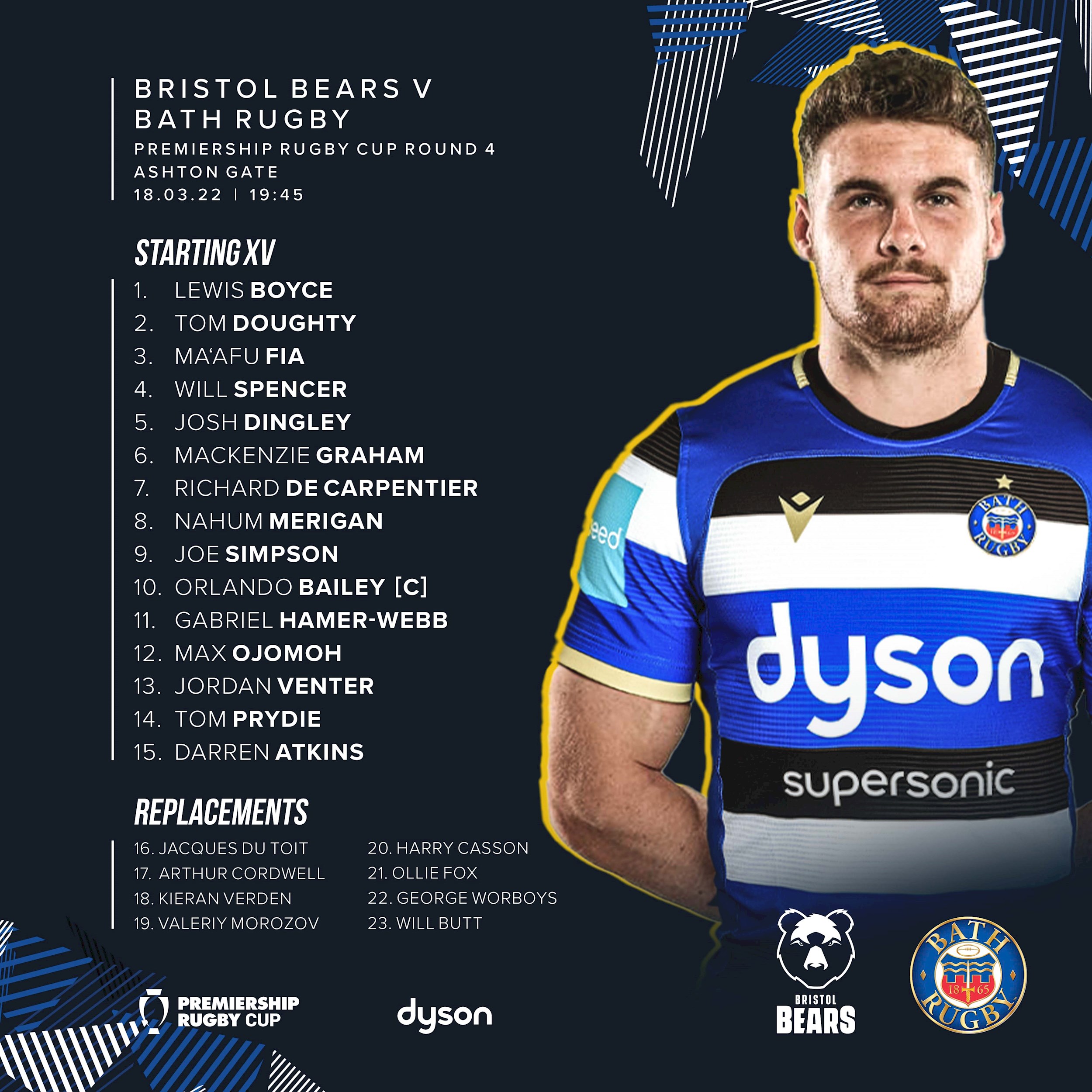