Richard de Carpentier will make his first Bath Rugby start in Round 7 of the Gallagher Premiership against Wasps.

The 31-year-old impressed as a replacement last weekend and earns a place in the back row alongside Miles Reid and Josh Bayliss.

With Beno Obano sidelined for a prolonged period, Lewis Boyce starts at loosehead with Jacques du Toit and D’Arcy Rae at hooker and tighthead respectively.

Josh McNally captains the side in the four shirt and Mike Williams partners him in the second row to complete the pack.

In the backs, Ollie Fox returns at scrum-half, replacing Joe Simpson who is going through the Graduated Return to Play process.

Changes on the wings see Will Muir and Semesa Rokoduguni coming in, and Tom de Glanville has recovered from his heavy collision at Harlequins to start at full-back.

On the bench, Nahum Merigan could earn his Premiership debut. Fellow Senior Academy forward Ewan Richards also features in the 23 for the first time this season.

Close to 50% of the playing squad are currently unavailable due to injuries or international duty. 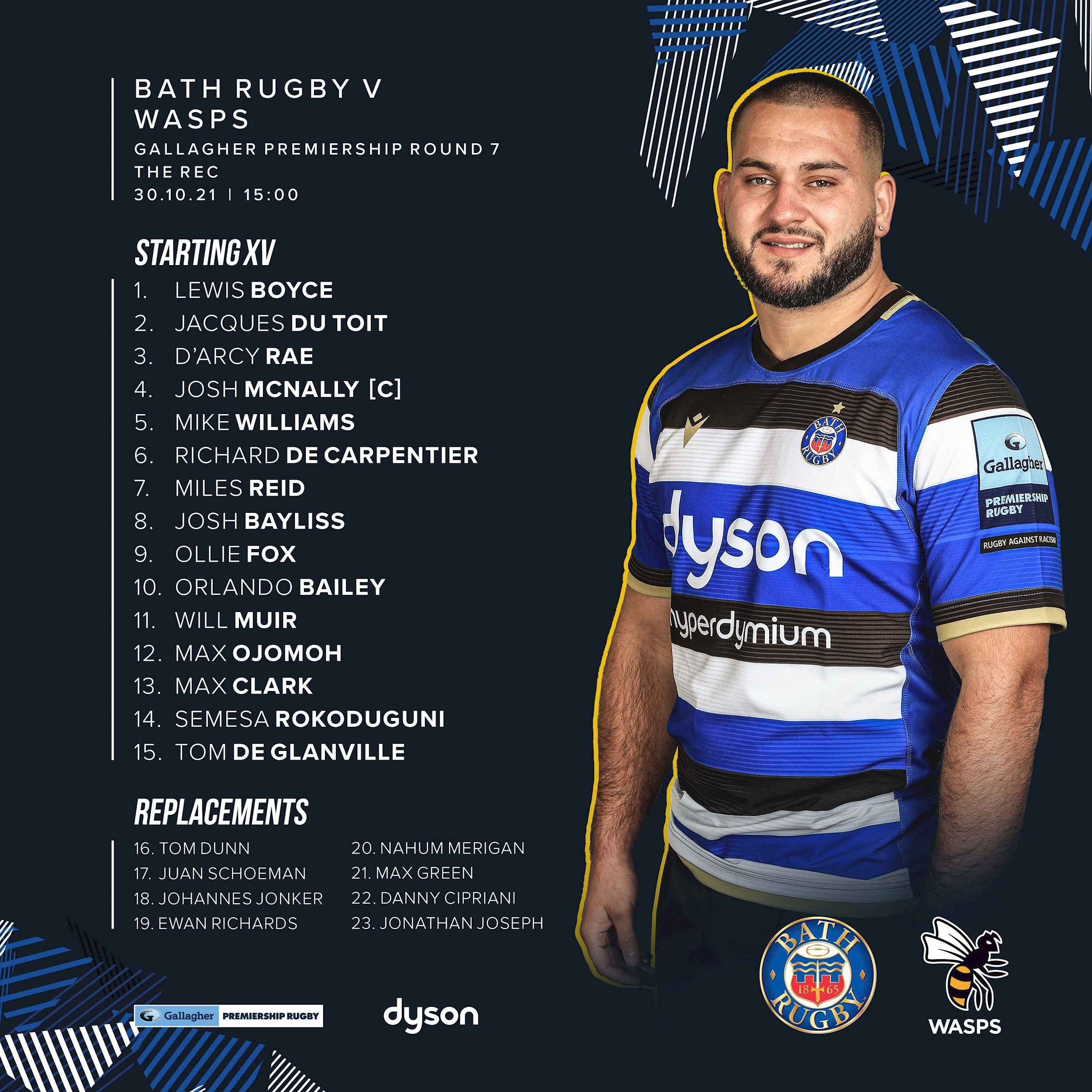