Underhill and Faletau return for Bath Rugby against Bristol Bears

Sam Underhill and Taulupe Faletau will return to the starting XV for Bath Rugby’s West Country clash against Bristol Bears in Round 19 of the Gallagher Premiership.

Openside flanker Underhill has recovered from illness to feature at seven while Faletau, who starred for Wales at Twickenham last weekend, takes his place at Number 8.

Josh Bayliss completes the back row and will captain the Blue, Black and Whites in the first match between the two sides at the Rec with supporters for two years.

Also in the forwards, Tom Doughty comes in to start at hooker alongside Valeriy Morozov and D’Arcy Rae with Mike Williams and Ewan Richards completing the pack.

Returning from suspension, Semesa Rokoduguni is back on the wing with Tom de Glanville and Will Butt continuing in the back three.

Max Clark partners Jonathan Joseph in the midfield and Ben Spencer links up with Danny Cipriani at half-back for the second game running.

On the bench, Orlando Bailey returns to the 23 while Ma’afu Fia could make his home debut. 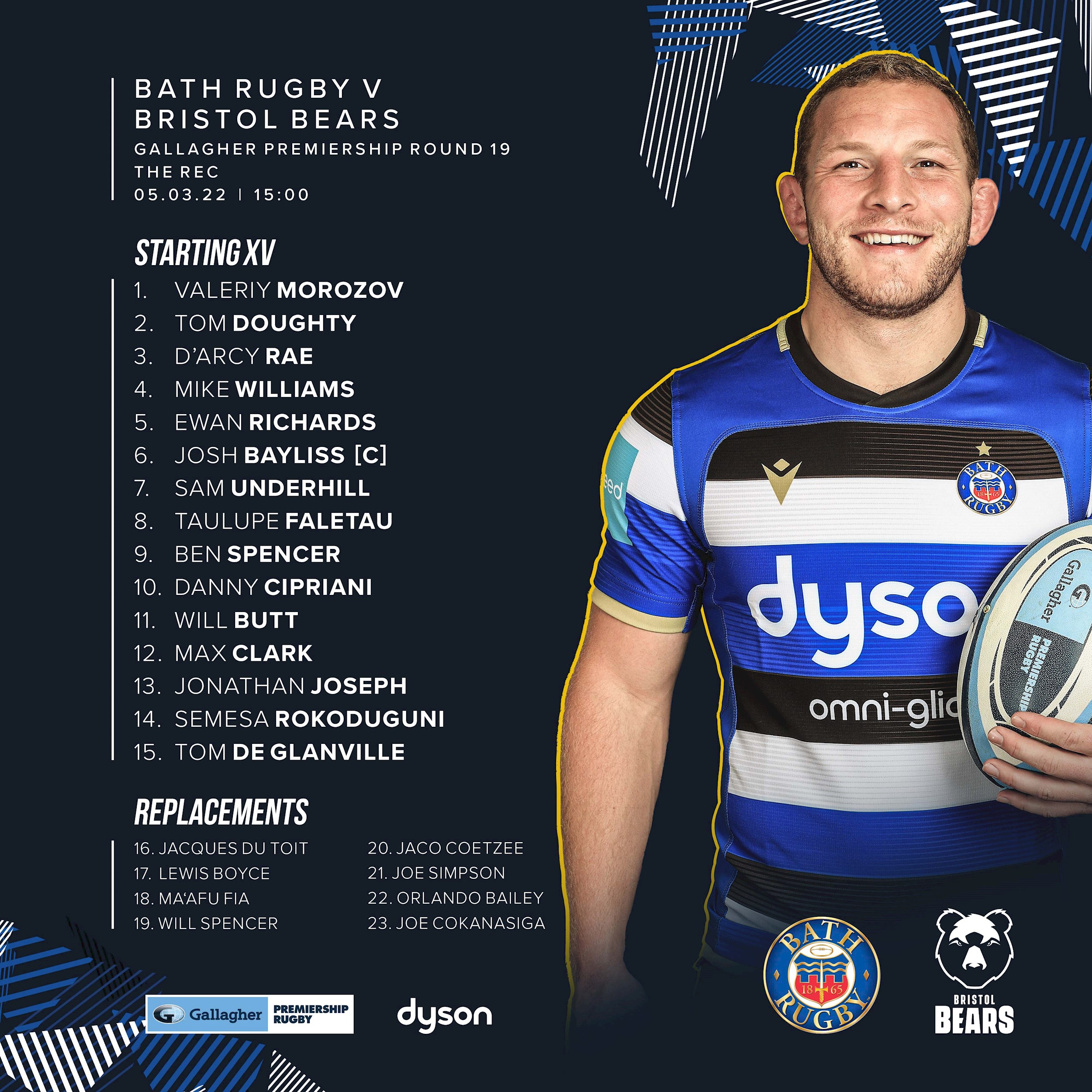