Will Stuart came through the Wasps Academy and moved to Bath Rugby in 2019 to add considerable firepower to the club’s front row.

His stature and strength aid his skill to influence proceedings at the set-piece and in open play as well as an ability to generate momentum in close quarters.

The tighthead prop’s potential was recognised by Bath when he was signed, and his early performances led to Eddie Jones calling him into the England squad.

He had represented England Under-20s at the 2016 World Rugby U20 Championship and earned his senior stripes as a replacement against France in February 2020. He also featured in the final game of the tournament as England defeated Italy to win the Six Nations.

In the 2022 Six Nations, Stuart has cemented himself in the England matchday 23 and has over 15 caps to complement over 40 Bath appearances.

Injury Update with Compeed ahead of Harlequins

Ahead of the weekend’s match against Harlequins, Bath Rugby Head of Medical Services Rory Murray has provided a squad injury update. Read more 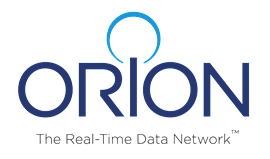