Following in the footsteps of father, Phil, Tom de Glanville has shown his superb skill with ball in hand since graduating from the Senior Academy.

Like Orlando Bailey, Max Ojomoh, Josh Bayliss, Miles Reid et al. he is another prime example of how successful the Bath Rugby pathway has been over recent years.

Born and bred in Bath, having been raised in the city and having attended Beechen Cliff School from the age of 11 to 18, de Glanville signed his first senior contract ahead of the 2019/20 season.

The full-back debuted in the Premiership Rugby Cup against Exeter Chiefs in 2019 and made his maiden Premiership and European outings in the same season.

Since then, he has established himself as an important and talented player within the Senior Squad, starring in the backfield with a great aerial ability and an eye for a gap.

We asked for your questions on our social media channels for full-back Tom de Glanville to answer! Read more

In this week's Coach's Check In with Compeed, Neal Hatley highlights the learnings some of Bath Rugby’s youngsters have taken this season to solidify themselves as senior members of the squad. Read more 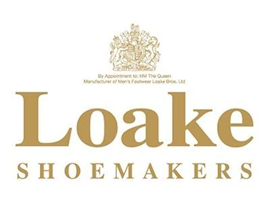