The 2021/22 season will forever be known as Max Ojomoh’s breakthrough season at Bath Rugby.

His deep-rooted connection with Bath Rugby dates to before he was born with father, Steve, playing for the club in the 1990s, but he has now forged his own path, making huge strides on the field from inside centre.

An exciting player who consistently has supporters on the edge of their seats every time he receives the ball, Ojomoh debuted for his hometown club in the Premiership Rugby Cup and worked relentlessly hard thereafter to develop his game and earn his next opportunity in senior colours.

That came in form of a Gallagher Premiership debut at London Irish and his maiden European outing followed a week later against Zebre. He finished the campaign with two 80-minute performances which led to England recognition as Eddie Jones called him up to his summer training squad.

Since then, Ojomoh’s ball-playing skills and excellent attacking play have been viewed wider afield with the return of fans and he was voted by the RPA’s Premiership MVP for October.

A key component of Bath Rugby’s future, the centre graduated from the Academy in February 2022 alongside longstanding teammate Orlando Bailey.

Bath Rugby scored four times at the home of three-time European champions Saracens but had to settle for two points on the board. Read more

We asked for your questions on our social media channels for centre Max Ojomoh to answer! Read more 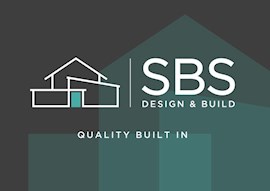