Burns returned to Bath Rugby, where he started his career in the Academy, for the 2017/18 season. The fly-half joined from Leicester Tigers where he had scored over 500 points in his three seasons in the East Midlands.

The former Beechen Cliff School pupil has won five caps for England, with his debut coming in a 38-21 victory against New Zealand in December 2012. A play-making, intelligent fly-half, Burns brought a wealth of experience to the Bath ranks.

Six changes to the side for trip to Wasps

Bath Rugby have made six changes the starting line-up, with Charlie Ewels captaining the side against Wasps at the Ricoh Arena tomorrow afternoon (kick-off 15:00). Read more

Over the course of the 2019/20 season, Bath Rugby's Community team will be taking players back to their Grassroots Clubs to delve into stories of their rugby journey and how they got involved in the game. Read more

Bath Rugby today unveils its new away and euro kits for the 2019/20 season. Read more 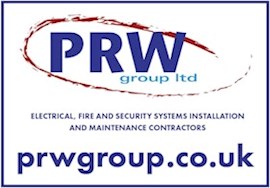