Cameron Redpath came through the ranks at Sale Sharks and during his time in the North West club's Academy, he played a significant part in the U20 World Championships in Argentina in 2019 for England.

He earned an EPS call-up from England Head Coach Eddie Jones before joining a strong group of young up and coming players at Bath Rugby in 2020.

A focused and creative individual, Redpath debuted for Bath in a 34-17 win over London Irish and has shown clear versa a versatile dimension in the Blue, Black and White midfield whilst also featuring at fly-half.

His maiden performances in a Bath jersey earned the centre a call-up to the Scotland - a nation his dad, Bryan, made 60 appearances for - and he starred in a famous victory at Twickenham in 2021, being awarded man of the match.

Redpath has suffered some serious injuries in his young career to date but his dedication to rehabbing back to full fitness and becoming a better version of himself has been clear for all to see.

Three Bath Rugby players have been called up by Scotland for the 2023 Guinness Six Nations. Read more

Redpath extends stay at The Rec

The Scots of Bath Rugby: Part 1

This weekend, the Scots are coming to town as Bath Rugby host Glasgow Warriors in Round 1 of the Challenge Cup. Read more 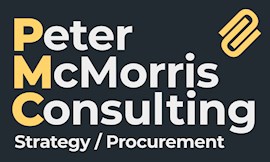