De Glanville back in starting XV to face Leicester Tigers

Tom de Glanville returns to the Bath Rugby starting XV for the visit of Leicester Tigers in the Gallagher Premiership.

Last weekend the full-back made his first outing since injuring himself whilst scoring in the club’s win over Worcester Warriors in January.

He is joined in the back three by Will Muir and Will Butt, the latter coming in for just his second Gallagher Premiership start.

The pack is unchanged from the match against Wasps in Round 16 – the first time in 2021/22 the same eight has started back-to-back games.

On the bench, Danny Cipriani makes his long-awaited return to the matchday squad. The experienced fly-half has been sidelined with concussion since the beginning of December and is back in the 23 following the completion of his GRTP programme.

Suffering the same injury, Josh Bayliss has also recovered and is slso named as a replacement. 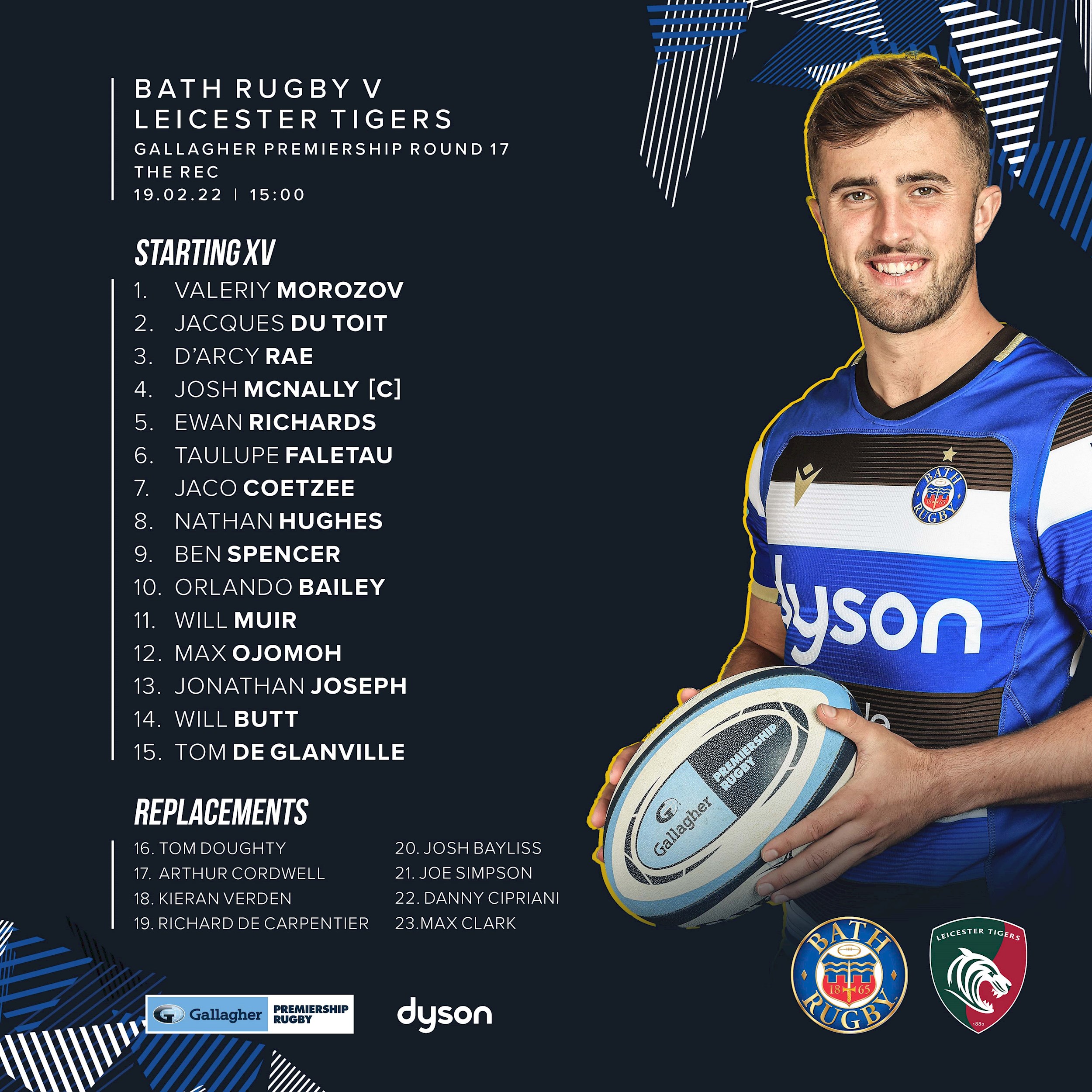