It was a game of two halves at the Rec as Bath Rugby went down 38-16 to defending champions Exeter Chiefs in the Gallagher Premiership.

Two Rhys Priestland penalties and a converted Ruaridh McConnochie special raced the hosts into a healthy lead, but Tom O’Flaherty and Sam Simmonds narrowed the gap to one at half-time.

Priestland added another to his tally before the visitors pulled away with tries from Sam Skinner (2), Jonny Gray and O’Flaherty.

European title holders Exeter manoeuvred their way to the Bath 22 early on in the contest and found a home side willing to match them for their infamous physicality.

Chiefs’ trademark five-metre tap and go was stopped at source and they were hammered back around the fringes ahead of the forever-busy Sam Underhill smothering the ball for a superb turnover.

That relentless effort continued. Will Muir put pressure on via a kick chase. Beno Obano was dominant on the gainline. Tom de Glanville continuously swept up in the backfield whenever Exeter struggled to grasp air.

The squeeze eventually told as McConnochie came in off his wing to earn a penalty in front of the posts for Priestland to clip over and the duo combined moments later for a sensational score.

With advantage in tow, fly-half Priestland produced an on-the-money crossfield for former Sevens man McConnochie who leapt high and above two white shirts to gather cleanly, spin and dot down on the stretch.

The Blue, Black and White were radiating confidence at this point. Jonathan Joseph and Josh Matavesi helped the attack flow with delightful wide passes for Muir and Zach Mercer to gallop onwards and Priestland kicked his 35th attempt at goal in a row to make it 13-0.

But Exeter showed why they were crowned European and domestic champions last term and fought back. First through O’Flaherty’s close-range punch and then Number 8 Simmonds’ 13th of the campaign.

With the second coming so close to the interval, Exeter began the second half with momentum but were hounded out on both flanks and forced back by a determined Bath defence.

In attack, Bath displayed some Barbarian-style rugby. Matavesi’s dummy fooled everyone in front of him, and the few in the stands, and set Muir on his way. Then Ben Spencer and Joseph offloaded out the back door before the former pinned Exeter on their own five.

Replacement Miles Reid’s perfect jackal presented Priestland with another chance to extend his side’s advantage and he made no mistake to make it 16-12.

The tide then turned as Chiefs rallied to take control as much as Bath tried to stop them in their tracks. Simmonds made the hard yards at scrum time and Skinner proved the beneficiary with his support run, and the Scot grabbed his second not too long after.

His compatriot lock Gray skidded in for Exeter’s fifth of the day and O’Flaherty collected Stu Townsend’s delayed pass to round off the scoring. 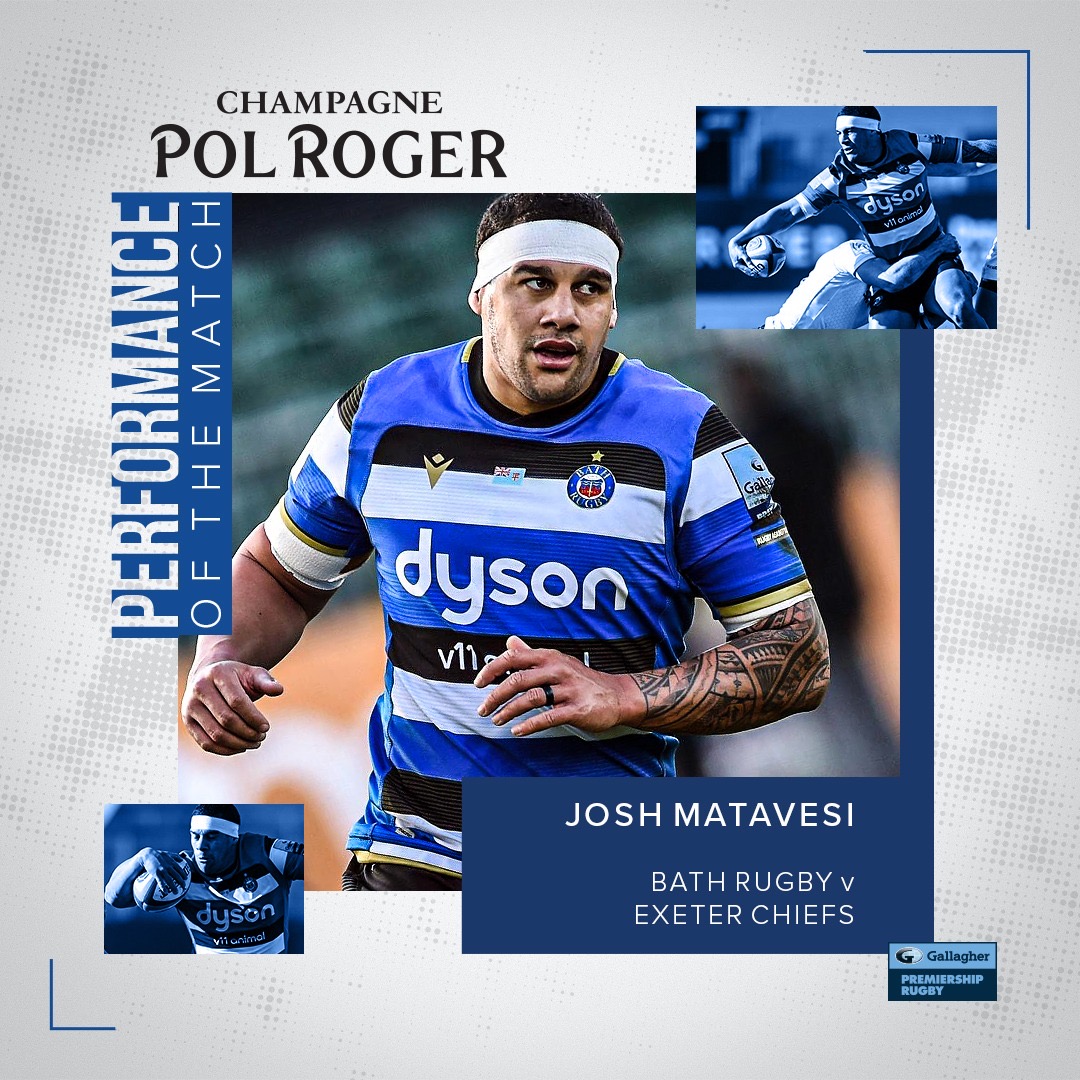 Match underway between Bath and Exeter.