It was an evening of emotion as Bath Rugby celebrated the life of Club Legend Dave Egerton who recently passed away.

There was drama within the first ten minutes as Gloucester's Val Rapava-Ruskin was shown a red card after making direct contact to Josh Bayliss' head.

However, it was 14-man Gloucester who took control of the game as Billy Twelvetrees kicked two straight-forward penalties to give the visitors a 6-0 lead.

It looked like that's how the first half would end but a flowing move put Joseph, on for the injured Rokoduguni, into space. A lovely reverse pass put Tom de Glanville through the defensive cover, he drew the final defender and put Taulupe Faletau over for the first try of the game. Priestland converted from out wide to give Bath a narrow 7-6 half-time lead.

The physicality of the first half took it's toll on Bath as Tian Schoeman and Will Cudley, on for his 50th appearance, replaced Tom de Glanville and Ben Spencer.

Straight from the kick-off Bath looked to up the intensity. Firstly Juan Schoeman was held up over the line but an earlier infringement allowed Priestland to extend the lead with another three points.

Bath were then reduced to 14-men as Mike Williams was sent off by Wayne Barnes for a high tackle.

This didn't deter the home-side as the pressure continued. Firstly Christian Judge was held up over the line and a few minutes later Priestland added another penalty to stretch the lead out to 13-9.

The TMO denied Bath again as Will Muir was tackled into touch as he grounded the ball.

Gloucester responded with a period of repeated pressure. Firstly, Twelvetrees reduced the lead with another penalty after a high-tackle.

With five minutes left Gloucester thought they had snatched the win. A sweeping move put captain Lewis Ludlow in for the try. Crucially Twelvetrees missed the conversion to leave them only one point ahead.

There was still some drama left in this West Country derby. Bath won the restart and following some phases in play Chris Harris was penalised for tackling Henry Thomas off the ball.

The ever-dependable Priestland, who announced earlier in the week he would be returning to Wales at the end of the season, kick the penalty to give Bath their second win in a row. 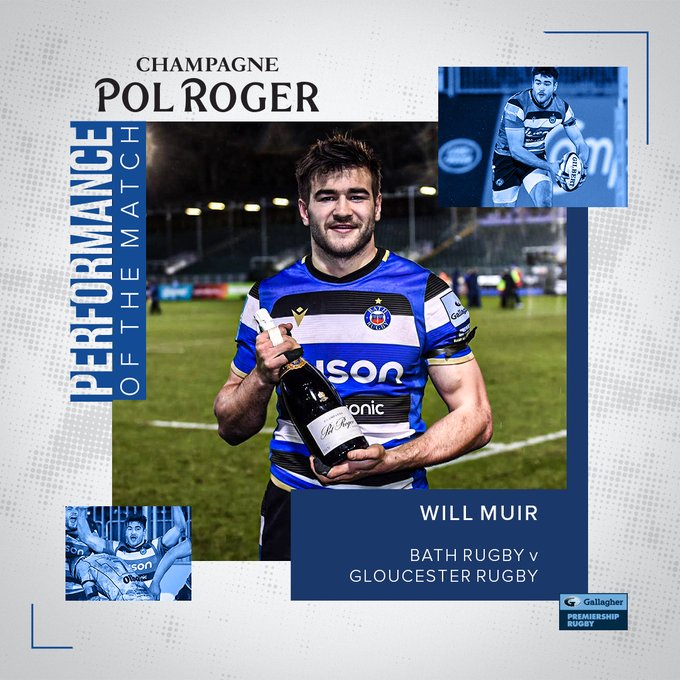 Val Rapava-Ruskin sent off for Gloucester.