A young Bath Rugby will have learned a lot going up against Bristol Bears outfit full of experience but suffered a disappointing scoreline despite their huge efforts.

Harry Thacker scored either side of Deago Bailey’s finish with AJ MacGinty kicking one conversion for a 17-0 lead at the break.

Thacker completed his hat-trick early in the second period with Henry Purdy’s opportunist score adding gloss on the away side’s win.

Young scholar Murdoch Lock and homegrown back Will Parry made their senior debuts for Bath while Archie Stanley earned a first start in Blue, Black and White.

Sam Harris took the 10 jersey after previously playing full-back on his first Bath outing and Jonathan Joseph added experience to the backline.

With their match against Worcester Warriors on Saturday 22 October cancelled, Bristol chose to go with experience in a competition they have otherwise used to blood youngsters.

There were 743 Bears caps between the 23, in comparison to Bath’s 439 (ramped up by Joseph and Tom Ellis’ totals) with the likes of AJ MacGinty and Sam Lewis heavily capped in the Premiership at other clubs.

Conditions meant it wasn’t going to be the prettiest of encounter, though Bristol knew exactly how they were going to play the conditions, kicking to the corner early on from a penalty.

It paid off as 100-plus Premiership capped Thacker was led over by his pack with MacGinty judging the wind perfectly to dissect the posts.

Bears had their second moments later. Following several phases in the tight, the visitors spread the ball to the right and stepping off his right, wing Bailey dived over.

Bath’s response was to win a couple of scrum penalties, the second which presented an attacking platform via a line-out. Heave shouted a vociferous, largely University-aged crowd but a slippery ball ended an opportunity which quickly turned into Bristol counter.

Thacker tore down the field, but haring back was centre Max Wright who tackled and jackalled to earn a penalty inside his own 22. Up the field the hosts marched and they went head-to-head around the fringes with a physical experienced opposition which ended in turnover ball.

While Bristol enjoyed a lot of ball, Bath put their bodies on the line to thwart their local rivals on numerous entries into the 22 and young fly-half Harris chopped down Yann Thomas in impressive fashion on the 10.

The Blue, Black and White were defensively tested once more as the minutes ticked down towards the interval and home bodies gathered to hold up possession under the sticks.

However, Bristol did manage one more score before half-time in similar fashion to their first as Thacker flopped over a driving maul.

The visitors started the second half as they started and ended the first. Thacker crossed for his hat-trick from another maul as Bears continued with their clear tactic.

The response was positive from Bath who did find territory via Harris’ penalties to touch, but things couldn’t quite stick at the final hurdle.

The game toed and froed between the 22s for long periods as both sides attempted to find a line break and whilst clean ones weren’t particularly forthcoming, Stanley and Nahum Merigan offered a lot in the carry.

But Bristol’s experience shone through and Purdy’s awareness saw him collect a loose ball to scoot in unopposed.

Bath stuck at it until the end. Wesley White, a late call-up to the team, barrelled his way up-field, bouncing off four Bristol players and the pack won a few penalties when they got their maul going.

Try as they might, the disparity in experience proved important in the overall outcome as Bristol kept Bath out and off the scoreboard. 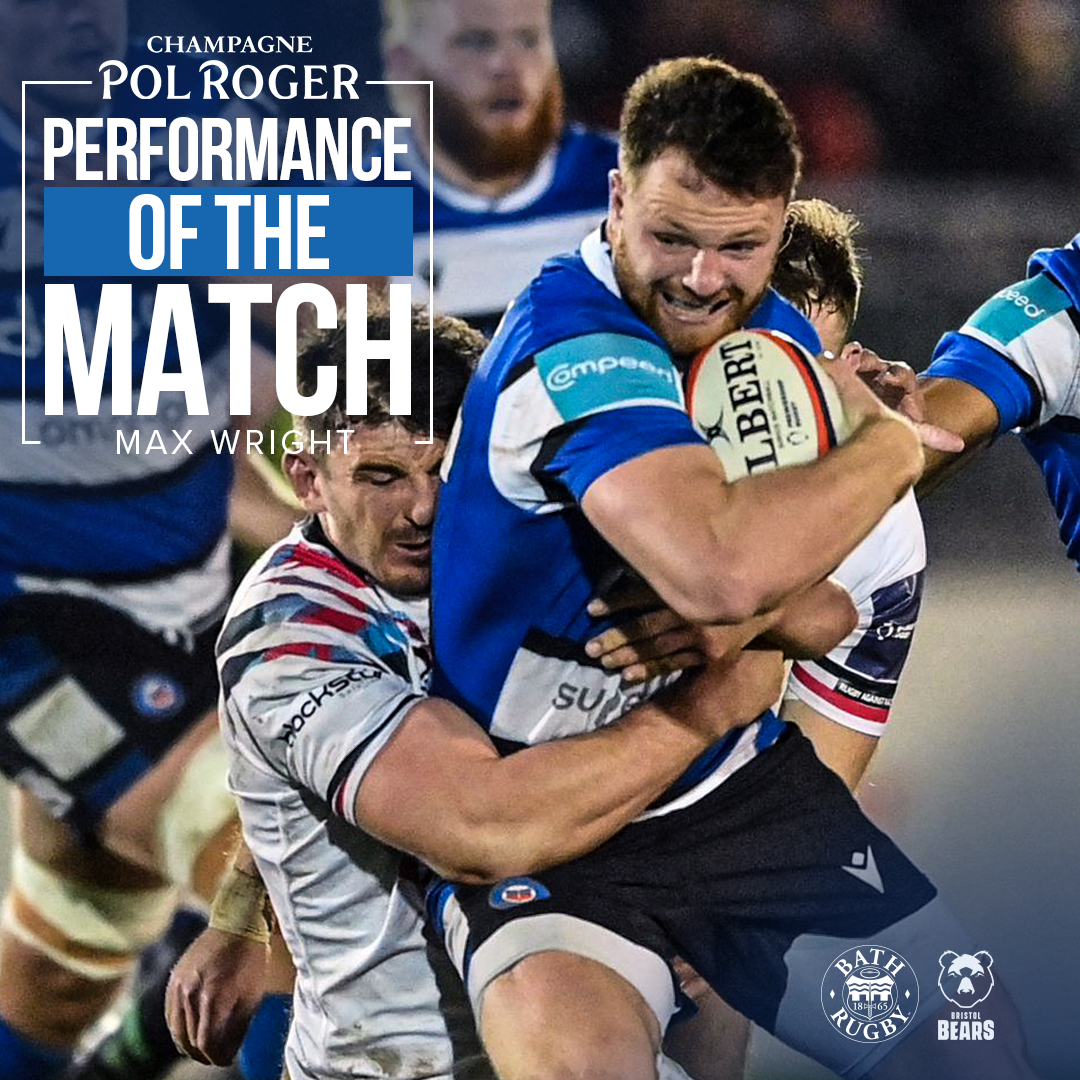